Good to know: extending the definition of “home” to a community in need

by Jane Gottlieb on November 24, 2015 in All About Saint Rose, Good to Know, The College of Saint Rose · 0 Comments 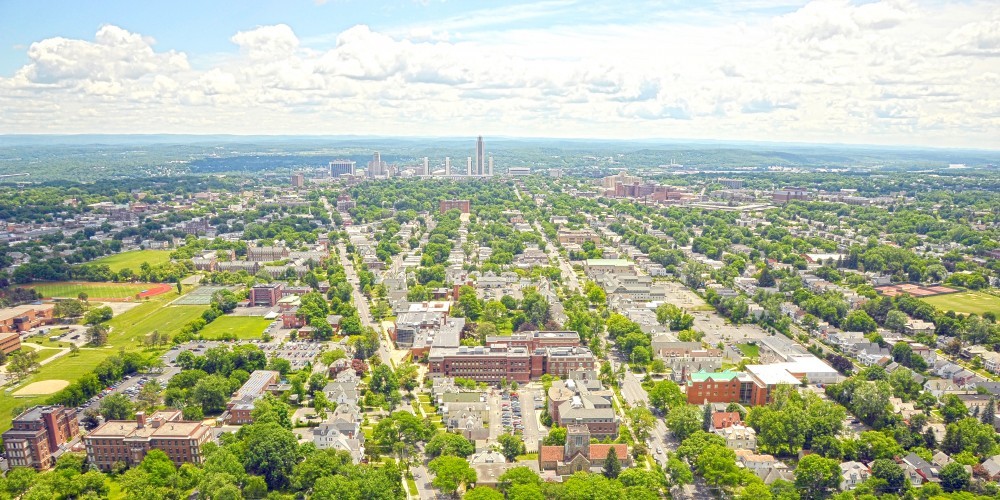 Concerns beyond our campus: Saint Rose students, professors and alumni are ever engaged in building a better community, including improving the housing options for recent immigrants and refugees.

“The first home was beautiful and it was awesome and I found out it was all built by volunteers and it was inspirational,” said Addison Todd, a Saint Rose junior, recalling the first time she witnessed the work of Habitat for Humanity.

“I remember walking up the steps to the program where we were going to stand in front of little kids and thinking ‘why am I so nervous right now?’” said Phil Faseun, a Saint Rose graduate student, of his first visit to Refugee and Immigrant Support Services of Emmaus (RISSE), where refugee children from 22 countries learn English after school

They were among seven panelists who took part in “In Search of Home: Refugees and Housing,” a recent discussion on campus that highlighted an important component of a Saint Rose education: community engagement.

“Here in the City of Albany so many people are from other countries. They come here to study, to work, to start over again,” Fred Boehrer, the College’s coordinator of academic service-learning, noted in his introductory remarks. “What is it like to be the ‘other,’ to be a stranger?”

Sponsored by the Saint Rose Community Advisory Board, the program addressed the housing needs of immigrants and refugees, and how RISSE and Habitat for Humanity Capital District – groups with which the College is closely aligned – are responding. The discussion reflected the commitment of faculty, students and alumni to strengthening the neighborhoods beyond campus.

Habitat Executive Director Christine Hmiel Schudde ’06 described a shortage of quality affordable housing that forces many immigrants and refugees to live in sub-standard conditions, or to spend a disproportionate amount of their income. Habitat relies on volunteers to build homes and requires individuals who purchase them to put in several hundred hours. It is a model, Schudde said, that has proven a good fit for many refugees, who have survived violence, the murder of loved ones and years in crowded camps.

“It’s not easy to buy a Habitat home and refugees and immigrants have that level of self-reliance,” said Schudde, who studied history and political science at Saint Rose, was active with the Office of Community Service and took a service-learning course.

Growing up in Vermont, Todd said she had had no experience with refugees, immigrants or homeless individuals. But her eyes were opened as soon as she arrived at Saint Rose and took part in Urban Launch, which immerses first-year students in three days of service work with local agencies that address poverty and homelessness.

Since then, she has gone on two alternative spring break trips to Florida to paint houses for individuals who cannot afford to. And locally, Todd has volunteered with Habitat and with RISSE – with each experience requiring her to swallow her fears. She said she has learned that even small contributions can have an impact.

“When we painted houses in Florida, we cried because the houses looked so beautiful,” said Todd, a communication sciences and disorders major.

Another panelist, Associate Professor Claudia Lingertat-Putnam, who chairs the graduate counseling department, noted the importance of exposing students to different segments of the community. 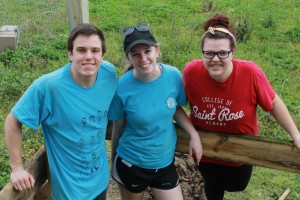 “We have students who start here who have never been to downtown Albany and don’t know anyone different from them,” said Lingertat-Putnam, who uses service-learning in her courses. “It’s hard to teach this in the classroom.”

Lingertat-Putnam assigns students to RISSE, which is just down the street from Saint Rose.

Two of her students, Phil Faseun and Chis Labattaglia, said they collaborated on a lesson plan for the children that focused on respect and friendship.

They said they saw how children who don’t yet speak the language might be perceived as unintelligent by their peers in school. They also saw the similarities among children from around the world – and the unique differences.

Labattaglia recalled how on the last day the children said they did not want Starburst candy. Instead, they requested Mama, dried noodles popular in Asia as a snack.

“We went to the Asian store and bought the Mama,” said Labattaglia. “We saw that it was a way these kids were able to connect to us.”