Mainframes were something Andrew Reifman-Packett ’16 had no experience with. But as soon as he started his summer internship at IBM in the Research Triangle Park of North Carolina, he was assigned to develop a framework for a new mainframe.

“Very few colleges teach it and they didn’t expect me to know very much about the framework,” Reifman-Packett explained. “But I was really prepared to learn. There weren’t any moments there when I was really super out of my depth.”

Reifman-Packett, a Saint Rose senior, who has already completed a minor in math, is among the growing number of computer science majors at the College taking part in competitive paid internships that net rich work experience and, periodically, job offers.

“Internships are quite valuable because students are doing the work they would do after graduation – they are not acting as go-fers,” noted John Avitabile, who chairs the computer science department.

Internships, along with independent studies and programming competitions, are among the opportunities Saint Rose computer science students take advantage of to become well-rounded and ready for the workforce. In addition to the rigorous classes and the internship, Reifman-Packett has taken part in the department’s programming team, which has competed regionally.

Once at IBM, he said he was expected to know a good deal.

“But they also want you to talk to people and learn as much as you can,” he noted. “You are surrounded by people with a wealth of knowledge. ”

Another senior, Rains Jordan, also said he felt well-prepared for his internship, at Tower Research Capital LLC, a high-frequency trading fund in New York City. He said he landed the internship, along with students from several Ivy League schools, based on an interview.

Tower, he explained, does rapid-fire trading with marketplaces around the world. Jordan worked on a tool to help analyze trade results. “I was able to create utilities that allowed traders and software developers to analyze trade data more efficiently,” he explained. 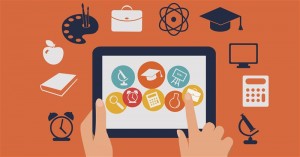 Like Reifman-Packett, Jordan has enjoyed a versatile education at Saint Rose, developing a grounding in computer science fundamentals, algorithms, and data structures. He also took part in the team that placed second last year in the annual Consortium for Computing Sciences in Colleges northeast regional competition. In addition, he devoted an independent study to developing a cross platform music player.

“It’s highly customizable. Without too much work you can add components and completely change the way it works,” he explained.

After graduation, he hopes to work in back-end software development at some major U.S. software or finance company.

Reifman-Packett knows where he will be next: IBM. Soon after the internship he was offered a position there and already clocks 12 hours a week remotely.

“As soon as they found out I am graduating they said they wanted to bring me in,” he said.  “I am very grateful.”