Good to know: Starting college, one adventure at a time

by Jane Gottlieb on September 13, 2016 in All About Saint Rose, Good to Know, The College of Saint Rose · 0 Comments

Their first full day as college students had everything going for it: wind flowing through endless pine trees and the sparkling blue water of Otsego Lake dotted with sailboats and seagulls.

It was in this setting that 32 brand new Saint Rose students divided into teams were assigned homework: build a raft from four plastic barrels, four planks and assorted ropes and straps. 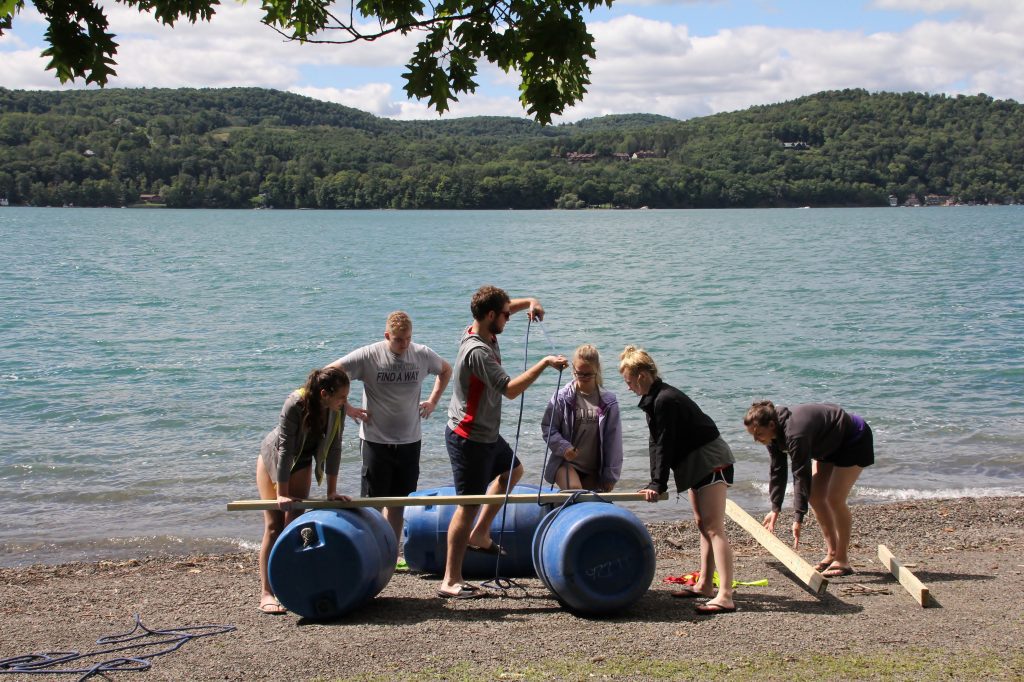 Teams had 45 minutes to design and build something mighty enough to hold together and carry all of them for a full 25 yards of Otsego Lake. The builders had just met; they were not allowed to test the craft prior to launch. They risked clunking their heads on planks and scraping their feet on zebra mussels.

“I’m in college. I should know how to DO this!” “I keep tying knots till it looks good” and “We’re going down!” were a few comments heard as the students got to work. A leadership team made up of Saint Rose faculty, administrators and a collection of student leaders stood back.

Just a day earlier these were young adults, freshmen and transfer students, whose parents had delivered them to the College to unpack in the dorm and say goodbye. They had boarded a van together to ride to this rustic camp 90 minutes from campus in Cooperstown to build things, climb things, play games and create a community.

“It’s weird I’m not going home after this, but doing this keeps you really busy so you don’t have time to worry,” observed Kels Jensen, from Orange County, who dove in to raft design.

This is the Pathways Program, where up to 100 new Saint Rose students get a head start on college life through three-day themed experiences that keep them busy and bring them together. As this group took part in the Adventure Challenge, students in an Arts Encounter cohort got to know cultural destinations from Albany to the Berkshires. The ALANA Is Leadership group engaged in intercultural experiences and academic workshops, as students in Urban Launch became familiar with the community beyond campus by lending a hand at a homeless shelter, soup kitchen and other organizations.

Getting new students to shake off nerves is always important. But Pathways is especially intrinsic to the first-year college experience as the number of freshmen who are the first in their families to attend college continues to grow. on 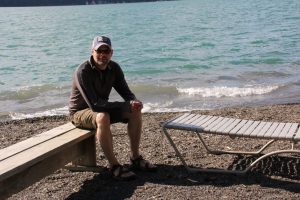 Saint Rose administrator Mike Stratton,, who heads the Adventure Challenge, used his love of the outdoors to build an opportunity for incoming students.

“I always ask, ‘What “firsts” have you had today? What is something new you haven’t done before?’” said Michael Stratton, an information technology administrator on campus who started and heads Adventure Challenge. “I have had students say ‘It’s the first time I’ve seen the sun set into the mountains.’ ‘I’ve never been in a canoe or a kayak and never done competitive team building or climbed high ropes.’ We push them out of their comfort zones. Then we relate it to college life.”

“It almost went too well,” he recalls. “At one point I had 60 freshmen! It looked like a rich enough experience with wide potential to build more programs.”

The results have been clear. Pathways participants have higher-than-average first-year retention, and they build friendships and connections to the College that endure. Scott noted, for example, that an Urban Launch alumna led this year’s group on a tour of the New York State Assembly’s Legislative Women’s Caucus, where she works.

Pathways participants become student leaders, and it seems to happen from nearly the minute they return from the program to join the rest of the class.

“When we have the rest of the freshmen come for their first day, we have a program and these (Pathways) participants are often the ushers,” noted Sister Sean Peters, CSJ, director of mission experience, who formed and heads the Arts Encounter program. “Another aspect is that they learn what it’s like to be a member of the Saint Rose community. They make connections with faculty and staff.” 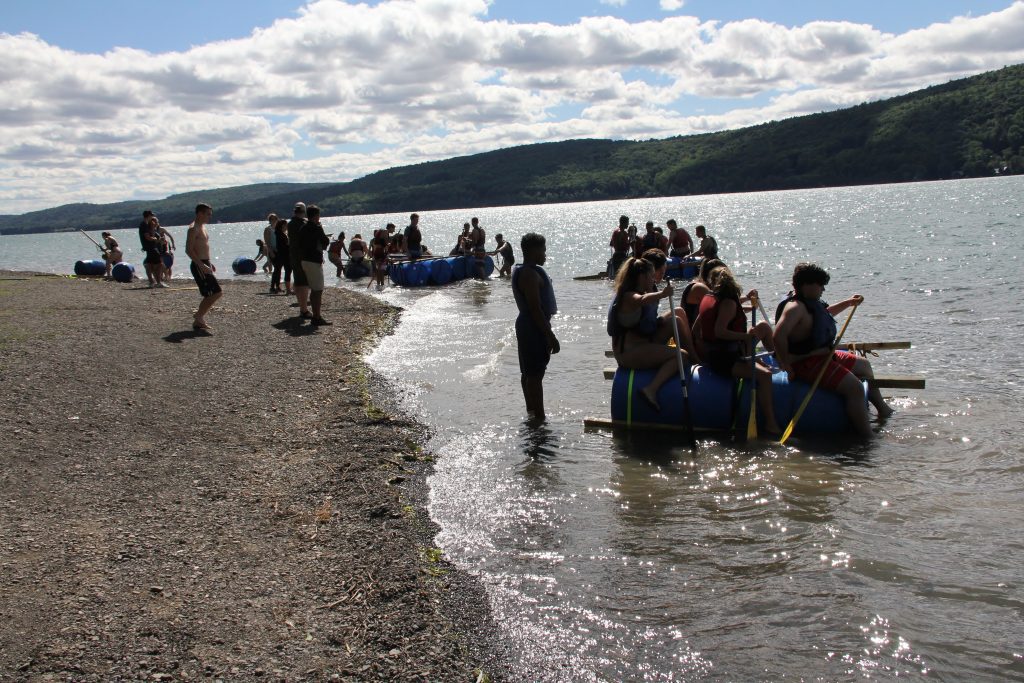 This is certainly the case for Samantha Figueroa, a sophomore who took part in Adventure Challenge last year and was back in Cooperstown this year as a student leader. A soft-spoken individual, Figueroa said she had not built rafts or gone zip lining before. Doing so had given her confidence, friends and valued contacts on campus.

Among these is Sarah Coons, who helped with Adventure Challenge and is supervisor of the College’s communication sciences and disorders program. Last year, after the Challenge, Figueroa became Coons’ work-study student. With her encouragement, Figueroa took a few classes in the program. Now, she is a CSD major who wants to become a speech pathologist. 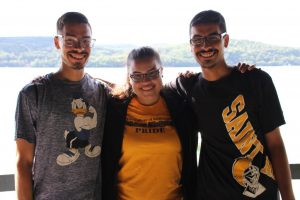 A year ago Samantha Figueroa was a Saint Rose freshman who got a head start on college life with the Adventure Challenge. This year she was an Adventure Challenge leader of a group that included her twin brothers, freshmen Daniel (left) and Dylan.

“This experience has really helped me become more open-minded about things,” said Figueroa, who is from the Bronx.

She had perhaps an even strong endorsement of Adventure Challenge: twin brothers Daniel and Dylan, incoming freshmen and participants in the program. The older sister said her brothers were extremely nervous, though this was not apparent to observers who saw the pair paddling a canoe and join teammates attempting to build a raft.

The groups worked hard through the allotted 45 minutes, creating rafts that looked vastly different from one another. Team members collectively made decisions about the barrels, planks and ropes and scrapped ideas that didn’t work.

When the launch time came, the results were not what they would have hoped. The boat christened the U.S.S. Miracle didn’t happen. The U.S.S. Enterprise was not all that seaworthy once six people piled on top. The one called Hope broke into individual pieces the builders rode as mini boats.

One craft remained grounded as the crew fruitlessly paddled. Then two students at the bow toppled into the water. But that boat lasted longer than the rest, floating a few feet before sinking. 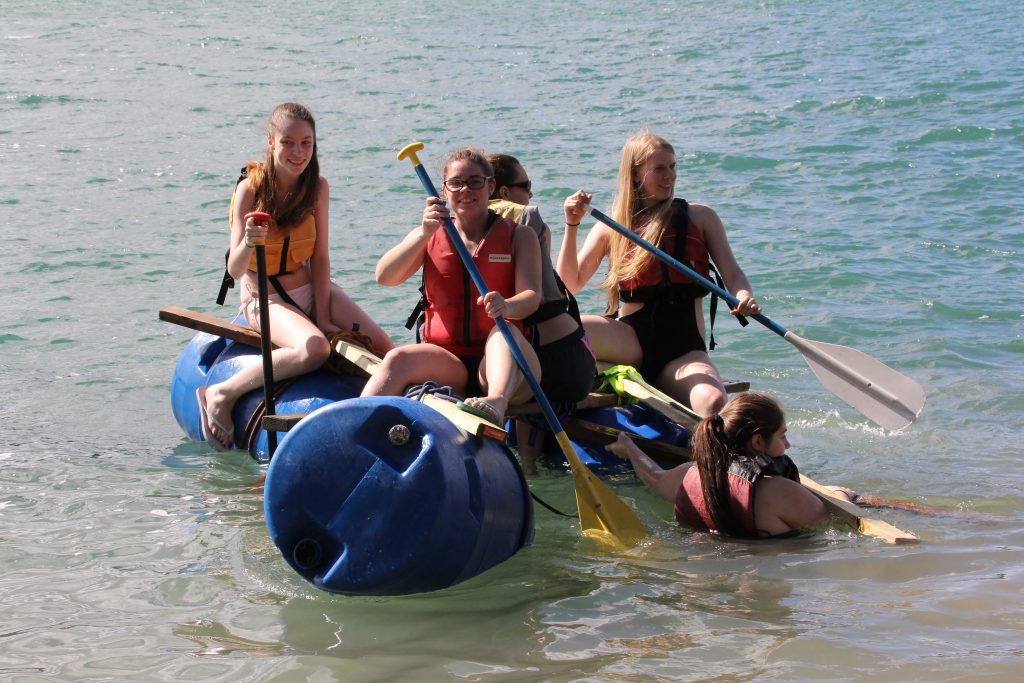 After, Jim DiLiberto, program leader from the Clark Sports Center, suggested that there were successes along with the failures. Among them was executing a plan as a group. He and Saint Rose leaders talked about applying some of the lessons – including asking for help – to their studies.

By then, teammates Reginald Hudson and Steven Giannini learned they both loved Italian food and that the former is from Newark and the latter from Connecticut. And, asked about his experience working alongside complete strangers, David DiMaggio from Bayside, Queens, looked surprised. 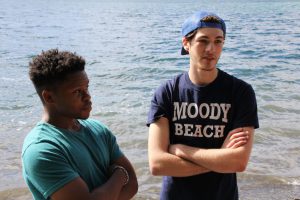 Even if their raft didn’t make it very far, collaborators Reginald Hudson (left) and Steven Giannini got to know each other.

“I didn’t know anyone yesterday,” he said. “This broke the ice.”

← How to pack for college: Things you didn’t know you needed
Good to know: Saint Rose brought her to Romania, a Fulbright is bringing her back →