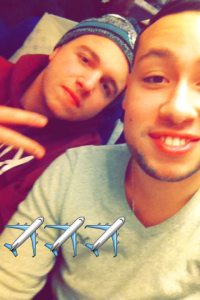 I’m sure if you’re considering going abroad, you probably have searched the internet and have found countless Pinterest and Tumblr articles with listed tips on studying abroad. Well- this is another one of those lists. I will preface it by saying this is from my personal experience studying in London. No one has the same experience. Take all advice you receive before going abroad with a grain of salt and an ounce of optimism.

It may seem like a hassle, but try and open an account at Barclays, HSBC or one of its affiliates. When I review my transactions, and see a multitude of ATM and conversion fees, I feel nauseated. I also lost my wallet. Did I never mention that before? I won’t get into it; but that was a good week of stress and frustration. I have a Travelex Cash Passport. This is a multi-currency prepaid card that can be refilled online. The only catch is that the minimum deposit on the card is $250. The card is useful. I don’t have to worry about converting numbers in my mind, because I have both pounds and euro on the card. You can also transfer money between different currencies. I’m able to designate money for my vacations in euro, while giving myself a pound budget for the weekend. It comes in handy. 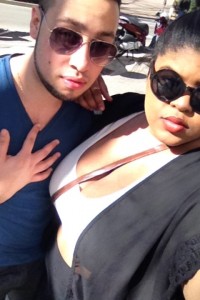 The unfortunate reality of being an international traveler is that there will be countless crooks attempting to take advantage of you for financial gain. For example, there were women under the Eiffel tower with clip boards collecting signatures and donations for a fake charity. Taylor and I were smart enough to avoid them. However, we saw many tourists dish out wads of cash to the women. In the Paris Metro, a mother and daughter duo tried to sell us tickets for the train. They wanted to make a profit by using their metro passes to buy a ticket, then charge us interest on it. At first we thought they actually worked for the Metro. Then when I noticed others avoiding them, I, not so delicately “turned up” on them. Have street smarts. Be mindful of your surroundings. Always stay in a group.

Bring enough clothes; but realize you will be buying more clothes abroad You can’t help wanting to buy the cheesy Union Jack t-shirt or the equally as touristy British flag hat. You’ll be coming home with much more than you brought with you. Toiletries don’t need to be purchased in bulk until you get to your destination. Just pack an overnight bag for the plane, and put it in your carry on. This is in the unlikely and unfortunate case that your luggage gets lost at customs.

Remember you’re here to study. Vacations, clubs and other outings are all fine. Just remember the amount of effort you put into your schoolwork abroad translates to your GPA back home. Don’t let it suffer just because you came to have a good time. Experiencing education through foreign professors and a diverse classroom is one of the most important aspects of your time abroad. Go to class and manage your time for homework wisely. You’ll be glad you did when that seven page essay isn’t looming over your head as you jet off to Barcelona, not like I would know anything about that…

All in all, your time abroad will be a memorable experience that you will look back on for years to come. Be safe, be smart and be mindful.

← Day Seven…Still Somewhat Bald
Be The Best Version of You →