by Radically Adventurous on November 16, 2012 in The College of Saint Rose · 1 Comment 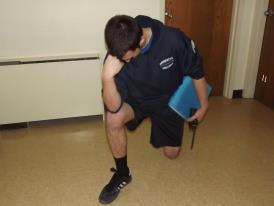 Reason for becoming an RA: I saw the process of becoming an RA as a challenge to better myself as an individual. I also hoped to meet new people and become further involved in college activities.

Favorite thing about the job: I have had the pleasure of meeting and becoming close to people on staff who I probably would have never even talked to had I not been an RA. Some of the best friends I have made here at Saint Rose are or were RAs at some point.

Most Memorable RA moment: In my first year, I was the RA of RCC, which is for transfer students. I was younger than half my residents and a little nervous at first, but as the year went on I became much more confident. When residents began to come to me to tell me their personal conflicts, ask for opinions, or were just looking to talk, I knew that I had “made it” and become someone they trusted and believed in. 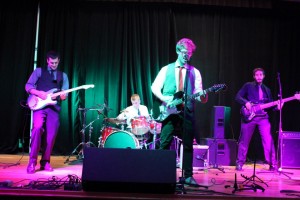 What people should know about RAs: There is nothing that really separates RAs from the rest of student body. We all go through the same struggles. I think there’s a stereotype that RAs are really stuck up but the vast majority of us love to goof off and have a fun time as much as anyone.

Favorite Albany Hangout: I would say Wolf Road is my favorite place in Albany because it is home to two of my favorite places to go eat an obscene amount of food, (Chipotle and Capital Buffet). Also, Guitar Center is located there too, and I’m something of a music buff.

Favorite Late Night “Dorm Snack”: Though it may sound bland, Hanover’s Pretzels can get me through any long night.

Goal after Saint Rose: I hope to become a New York State Trooper soon after I graduate. No big dreams of living somewhere exotic- I love my small, blue collar hometown.

Random “Fun” Fact: In a stunning exhibition of geekdom, I have an encyclopedic knowledge of baseball statistics and World Series winners… Yet cannot actually play the sport well at all.