Many people across the country and elsewhere celebrate the anniversary of Christopher Columbus’ arrival in the Americas, which happened on October 12, 1492, as a holiday or official celebration. Or at least this used to be the case, so forget everything you learned in elementary school and listen up. As a new college student Columbus Day has a whole new meaning. Columbus Day is a weekend where the majority of students scurry off to find rides home for the long weekend, to see our friends, family, and notoriously our pets.

Here are a couple of pictures of my two puppies!! 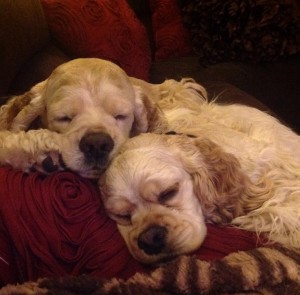 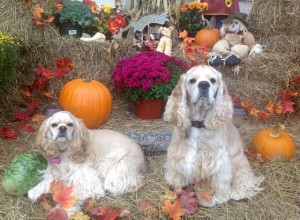 So, when most people think of going home it’s inevitable to imagine all the home cooked meals; in fact I had every meal planned out for the entire weekend. The best part is it’s the first time your parents don’t mind spending extra money and time on your favorite foods because they’ve missed you so much, or with my parents it’s because they’ve saved so much money not having to feed me 10 times a day.

But with a close second, the next best thing I picture in my head are my two puppies wagging their tails excited to see me, as always. Even though they never let me sleep because they always want to play, their excitement and pep is what I enjoy the most.

Isn’t it kind of funny how even if you’re gone for five minutes your dogs are just as happy to see you come through the door as they are to see you after a couple of months?

← ’tis the season for teas and honey
Hello there, virtual world! →