April Showers! Time to Give Out Some Shout Outs!

by Myles Clendenin on April 5, 2012 in The College of Saint Rose · 0 Comments

Hey guys! All I have to say is WOW! It have been a while since I’ve written something. However, I’ve been busy recently with school work and other activities. I just didn’t have the write to my wonderful readers. This week I decided to give shout outs to various individuals who have truly brought joy to others (Mainly because they were being themselves). I have been witness to these students using their “crazy” brains, to make people happy. 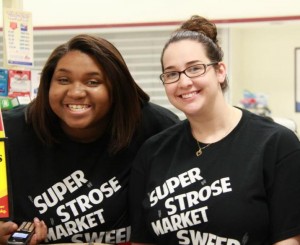 Nicole (Left) and Sherrie (Right) smiling after having such a successful event!! Photo Credit: Kayla Germain

What a great start to Social Justice Week, by creating the very first, St. Rose Supermarket Sweep. If you don’t know, this game is based off the Supermarket Sweep Television Game Show. There were students running around the supermarket, trying to find various items on a list. They could only get various items that match the price range that they were assigned. Overall, students had a lot of fun running through the supermarket. What I truly enjoyed was that the majority of the items were donated to various food pantries in Albany. THIS IS WHAT I LOVE. I enjoy students taking the time to create FUN events for a good cause! You both have been mentors to me and inspire me to do great things on campus! Thank You!! 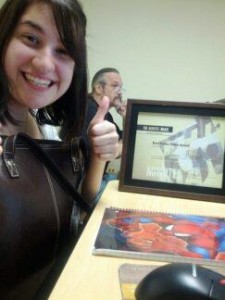 Susan showing off her award!! WHAT A TRUE MOVIE DIRECTOR!! 😀

She was one of the winners for Saint Rose’s first 15 Minute Max film festival. She was awarded the best non-fiction film for her short film, “The Three Amigos.” This short film takes us through an imaginary world, where “Stuffed” creatures have to save the princess from evil. This was a truly amusing, yet enjoyable film. I think what I really enjoyed about it, was that it made me feel like a kid again. When I was watching this, I thought about the times I was playing imaginary games with my stuffed animals, and making cool forts! Susan, your video made me feel that no matter how old you become, there’s always room to be a child at times! Thank You!!

3. John MacDonald: Roger That: The Sleuthsical 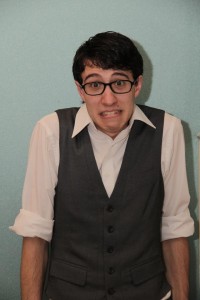 What doesn’t John MacDonald do? John MacDonald, with 16 other cast members, put on a “Circus” of a musical called Roger That: The Sleuthsical. When a lion tamer of  the Great Scott circus is murdered, the greatest detective Roger Rogers and his assistants Danny and Cara, are called to solve the case.This musical was full of great music, awesome dance routines, magic tricks, and suspense. This was John’s third musical, and I have to say; THIS WAS A BLAST (and I’m not saying that because I’m also in the musical). You truly make people laugh and smile with you amazing musicals. This was my third time being in one of your musicals. Overall, the whole experience has been amazing. You are truly an individual who has done nothing but bring joy to others. Thank You!!

If you want to see the musical, you can watch it below:

You have all made your mark at this college. You have all brought joy on this campus. For that, I must thank you all!! <3

← Business Majors Have a New Home at The College of Saint Rose
Road Trip! →