Catching Up with Allie Crystal ’11, Writer of a Holiday Song that Took Off with Starbucks and Kohl’s 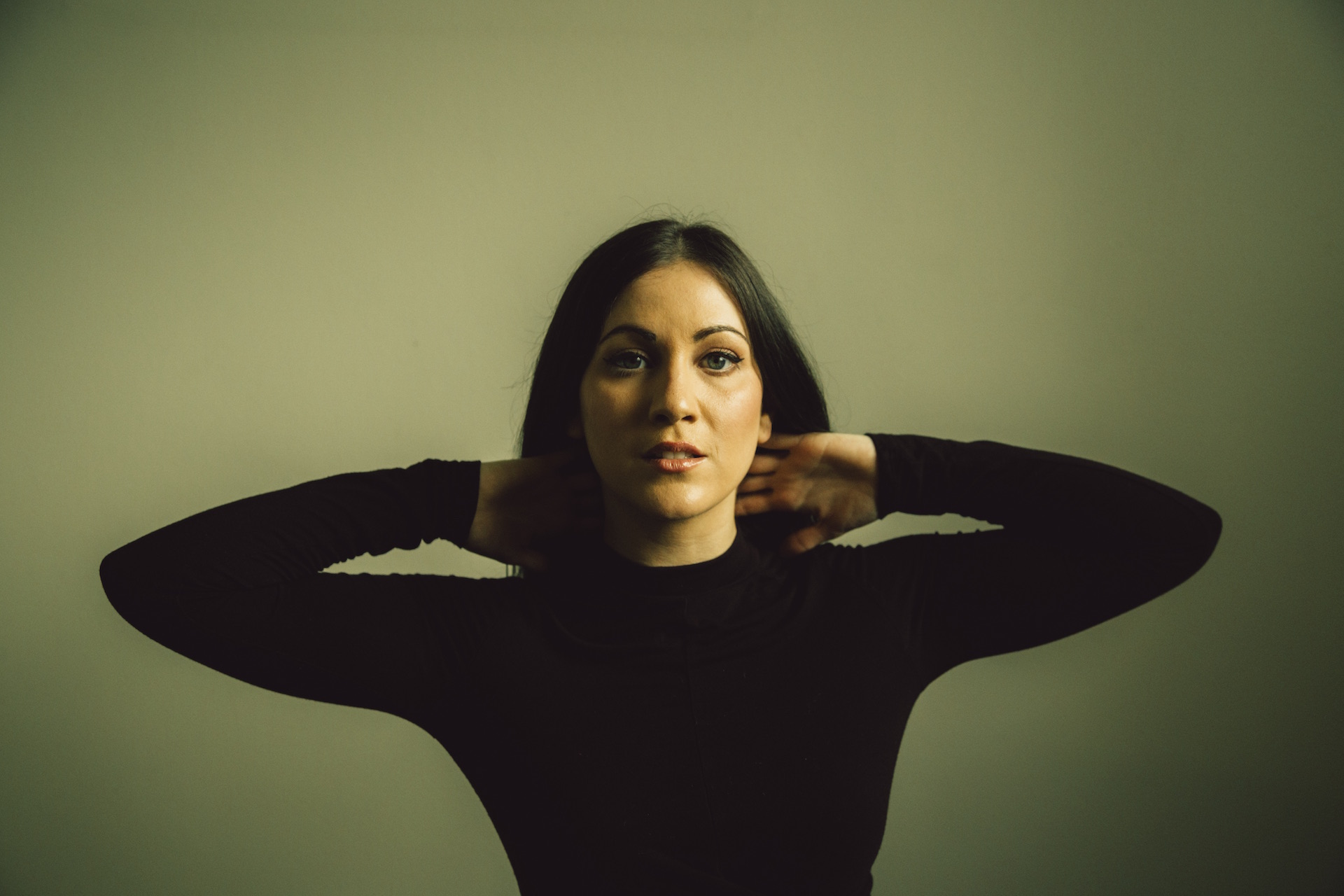 At age 26, just four years after graduating from the music industry program at Saint Rose, Allie Crystal had her cheery tune “Coming Home to You” selected as the holiday song for Kohl’s department store commercials. The ad showcased Kohl’s merchandise and smiling models. The following year, Starbucks chose the same song for its holiday ads. Coffee drinkers used the anthem to holiday togetherness as a backdrop for their festivities, at a Starbucks.

Two holiday seasons in a row, friends contacted Crystal after catching her jingle on the radio, YouTube, and during “Saturday Night Live.” She saw it herself (the Kohl’s one) shortly after arriving home to Guilderland for her own family Christmas. “I was speechless, and then I started bawling,” she recalls.

Just as good as that good fortune, though, is the fact that five years later, the singer-songwriter is clearly not a one-hit wonder.

Recently-transplanted from New York City to Los Angeles, Crystal has signed a publishing deal with Ultra Music Publishing, a global music label that has branched into publishing. Her work is used in commercials heard worldwide, including a spot that international brand RSEA Safety featured recently.

HBO, T-Mobile, MTV, and Bravo use Crystal’s compositions. She wrote the theme song for MTV’s “Teen Mom: Young Mom’s Club”; the movie trailer for Universal Pictures’ “Sorry To Bother You,” and music for the television show “Charmed.”

In addition, she co-wrote, with the artist Robinson, “Nothing to Regret” and Illenium’s “Reverie ft. King Deco” She also sings on various recordings.

Her music has taken her in unexpected directions, and places.

“I’ve been to Sweden, Amsterdam, London, and Armenia this past year. I never thought I’d travel so much for songwriting, but I love it,” Crystal says.  “I was sponsored by the Nvak Foundation to visit Armenia and write with their top talent. Their program finds and fosters young talent in counties where pop music isn’t accessible. The program teaches students how to record using modern equipment, the industry and of course how to write songs!”

We asked Crystal more about her work, Saint Rose and, of course, her famous holiday song:

How, if at all, did “Coming Home to You” lead to your successes since?

I think with “Coming Home To You” I was able to recognize the potential to make a living doing what I love. It made me take a risk on myself. It hasn’t always been easy, but five years later, I have a lot to show for it, and there’s plenty more on the horizon.

Please discuss the role of your Saint Rose music industry education in your career.

Saint Rose gave me the chance to learn the ropes and gave me hands-on experience in the studio and taught me collaborating is how you grow! I truly appreciated how small my program was at Saint Rose, I was able to immerse myself in music and get all the attention I needed to actually further my education.

Sooooo … Can singer-songwriters really earn a decent living? How?

It’s possible. It’s a combination of luck, talent, networking, and consistently working towards your goals that gets results!

Currently, I do not have a part-time gig, although I have held many over the years.  I was a bookkeeper, a personal assistant, a studio manager, a sample girl at Whole Foods, and probably a bunch of other things that I sometimes hated.

I have been able to sustain myself through songwriting and creating other revenues, such as recording other people’s vocals, coaching, being a vocalist-for-hire, and creating sample packs of my own vocals on Splice.com

You wrote “Coming Home To you” in the brutal summer heat on the fire escape of your New York City apartment. Please discuss a recent work you are especially proud of and how it came about.

I’m really proud of “Nothing To Regret.” I wrote it with New Zealand artist Robinson and my boyfriend/partner Larzz Principato. Robinson is an extremely talented, kind, and funny person, so that day in New York City just felt like a good hang!

Larzz and I were in New Zealand for his sister’s wedding, and it just so happened that that same week, the song was released. It was all over the radio, and it made global Spotify New Music Friday playlists! The song turned a few heads in the industry and got Robinson a record deal. It’s a feel-good anthemic pop song.

Do you miss “Coming Home To You?” Will we hear it again?

I do get nostalgic when I hear it. However, I write about 20 songs a month, so I forget about them. But once I listen back, I’m immediately thrown into that moment of time when it was written. Since that song is a holiday song, it comes back when ad agencies ask for holiday music, which is typically during the summertime!

“Coming Home To You” is available on all music platforms and has had some radio plays this season!

← How to Manage Stress During Finals Week
Club Focus: Q&A with the President of the Natural Science Association →