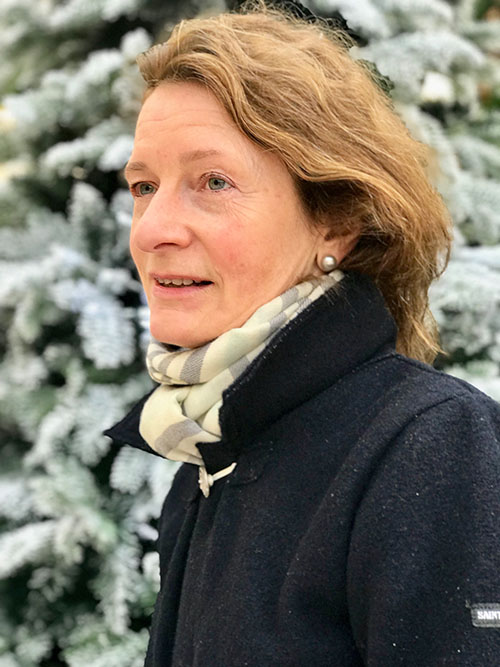 Saint Rose professors teach their students without relying on teaching assistants. They lead small classes and make themselves available to support their students individually. But many of our professors across the disciplines also actively pursue their own research.

Their students benefit, by attending professional conferences alongside their professor-mentors, or learning first-hand about verifiable research methods. They might also assist with experiments or data collection, or collaborate with their professors through guided summer research grants. Some leave Saint Rose as co-authors of published papers.

A look at one professor’s current work:

Current project: Will present a paper, “Courbet’s ‘Scientific Method’ in the 1850s: Narratives on Modernity and Morality,” at “Gustave Courbet and the Narratives of Modern Painting,” a conference in Munich in March 2019; book proposal submitted for consideration

The study: French painter Gustave Courbet shook up the art world in the mid-19th century by rejecting Romanticism for realistic depictions of rural life. He backed socialist causes and died in exile as a result. Scholars ever since have devoted articles, exhibits, and conferences to the motivation and philosophy behind Courbet’s Realist paintings.

Even so, Bowditch has found something other art historians have not: She’s uncovered meaning in the way women in his paintings are dressed as France entered the modern age. She is, in fact, the first scholar to examine how Courbet integrates fashion, his philosophy, and his thinking about modernity.

“Women were expected to dress fashionably. It was part of French national pride,” explained Bowditch, who devoted a sabbatical during spring semester to the research. “But Courbet’s subjects might dress in a striped skirt with a drawstring waist.

“Even if they were well to do,” she added, “they ignored the Parisian fashion of inconvenient crinolines. If they were in fancy attire, the image appears as a critique of decadence. The paintings become an indicator of his rule breaking and general challenging of the status quo.” 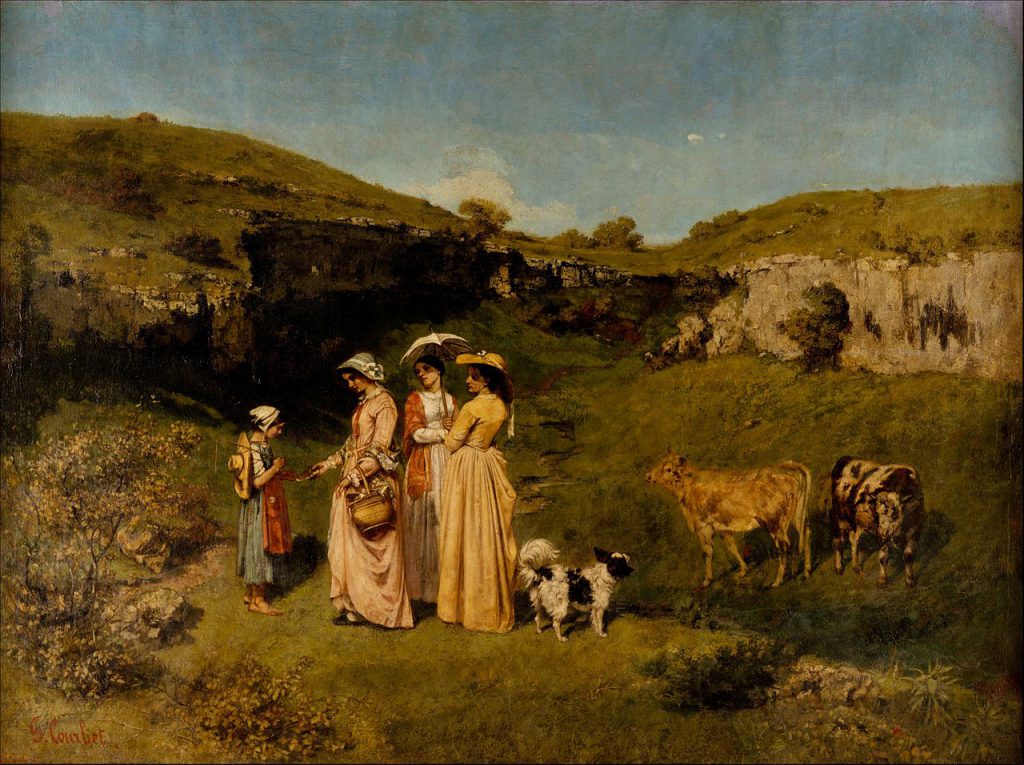 Bowditch’s sabbatical brought her to France – and then back a second time when she learned her proposal had been accepted at a preeminent Courbet conference. In between, she did exhaustive digging that confirmed her approach was original.

The research brought her to the Bibliothèque Nationale de France and the Petit Palais, both in Paris; Musée Fabre, in the south of France; and to Ornans, in eastern France, Coubert’s hometown and site of the Courbet Museum.

“Young Ladies on the Banks of the Seine,” for example, proved scandalous by featuring two voluptuous women, perhaps prostitutes, in gaudy attire. One even uses her dress as a pillow as she reclines in her undergarments. “The Bathers,” in turn, caused dismay by portraying two disrobing women making dramatic gestures, as if there might be an annunciation scene  –  though there are no religious references. For Courbet, the work was ironic. For critics, the figures were “naked and fat bourgeoisie.”

“He shows you can be virtuous and aware of others, or ironic, or a victim of the industrial consumer culture,” she said. “He is not so much a modernist himself as an observer and critic of both modernity and the status quo.”

Impact on Students:  “The work completely energizes my classroom interaction and fills me with a kind of conviction based on seeing the work and deeply, deeply understanding the artist. You cannot really grasp his work without seeing the paintings in person and the French landscape that inspired him.”

← Tips for When Veterans and Civilians Share a College Classroom
What to Expect When You’re Expecting Grad School, Part 2 →