Professor’s New Take on the Most Famous Smile in Art

Saint Rose professors teach without relying on teaching assistants. They lead small classes and make themselves available to support their students individually. But many of our professors across the disciplines also actively pursue their own research. Their students benefit by attending professional conferences with their professor-mentors, or learning verifiable research methods. They might also assist with faculty research, during the school year or through College-funded summer grants. Some leave Saint Rose as co-authors of published papers.

Here’s a look at one professor’s work:

Research Specialty:  Publishes and presents widely on Medieval and Renaissance art and architecture, with an emphasis on gender, emotion, and social history. Translates documents from their original Latin and Italian.

The Article: Women of the Renaissance were expected to chew their food through meals rather than disturb their husbands by speaking. So-called “conduct manuals” spelled out how they should act throughout the day. And smiling in public was a definite “don’t.” Paintings of the era show upper-class women with their lips either fixed in a straight line or slightly downturned. 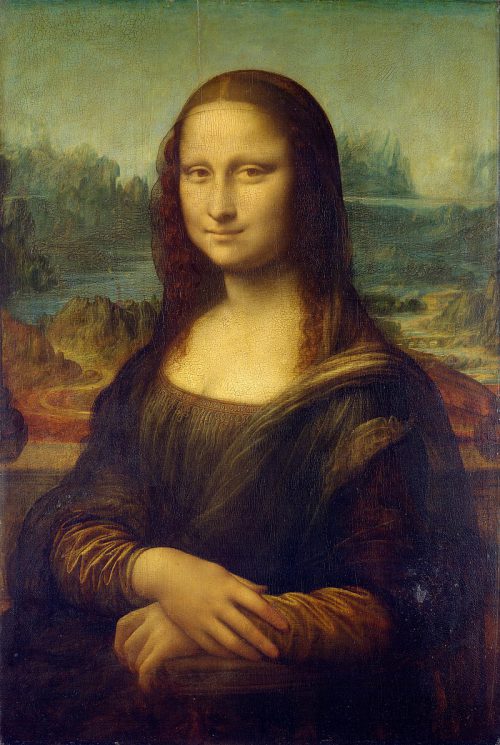 So how is it, Flanigan wonders, that “one of the most famous emotional expressions in the history of art” is the smile of a 16th-century woman? And instead of averting her eyes, as would be expected, the subject, Mona Lisa del Giocondo,  looks right at the viewer.

While the painting’s origins have been exhaustively studied, she argues that scholars have not adequately examined Mona Lisa’s show of levity in context.

“The history of emotions is a fairly new area,” Flanigan notes. “For a long time, people thought emotions were universal and a smile was a smile.  But different people use emotions in different ways. We smile a lot but Renaissance people didn’t.”

And daVinci’s decision to paint an aristocratic woman smiling was nothing short of radical. Not only is Mona Lisa the painter’s only smiling female subject – she is one of the few Flanigan is aware of painted during the Renaissance.

“There’s a whole thread in the literature that says talking about Mona Lisa’s smile is making a big deal about something that is not a big deal,” she says. “But it really is different.”

So what drove daVinci to break with convention? Flanigan sees several possible motivations. First, influenced by some contemporary theoretical writings about art, she believes daVinci wished to create a work that evoked an emotional response. (And La Gioconda, after all, means “happy.”) Renaissance portraits were largely intended to convey the sitter’s upstanding character, wealth, and social status.

Second, Flanigan believes daVinci, who was also a scientist, relished the chance to portray facial anatomy. To pull off a naturalistic smile meant capturing rounded cheek muscles, nostrils slightly flared, and shadows around the eyes – along with the mouth itself. Flanigan notes that daVinci kept notebooks of his detailed facial drawings.

While it is impossible to be sure about his thinking, Flanigan sees the importance of trying to figure it out.

“I am going to assign the paper to my students to teach them about the social history of art and how these works help us better understand our society; what’s similar and what’s different,” she says. “In this particular case, art makes visible society’s constantly-changing norms for emotional behavior and expression.”