by Alexander Lawrence on April 10, 2015 in All About Saint Rose, Golden Knight Spotlight · 0 Comments 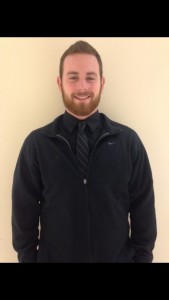 Most memorable moment or game: “Winning the section III class B championship in the Liberty High School league. It was great to be a part of because that was the first time my school had won a sectional championship in over a decade.”

What set SR apart from other schools: “Just being located in Albany, NY was a big part. I wanted to go to a school in a city and it’s a small school which is also what I wanted.”

Why SR Baseball: “They were the ones who recruited me out of high school and it seemed like a program I wanted to help build.”

How you got involved: “I was about five when I first started playing (baseball). I started playing because of my older brother who played baseball. I would always go play catch with my brother and dad. My mom was a swimmer and my dad played tennis and soccer.”

How do you prepare before a game: “I do a lot of visualizing before the game and put myself in situations I could potentially be in.” 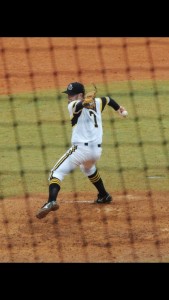 My Comments/ takeaway from the interview: Phil is a very encouraging teammate and wants to do everything possible to contribute to this baseball team and help it be successful. His teammates have helped Phil develop into a true leader for this baseball team. “When I first got here I thought we didn’t live up to the expectations that we had. We had a lot of good players on the team, but couldn’t translate that into wins on the baseball field. Since my first year I think we’ve come a long way and have a very solid team that has the potential to go deep into the playoffs this year. I think we’ll continue to get better. We have a lot of young guys who will step-up and be a threat in the Northeast-10,” Zdanowski said. “I’ve been lucky enough to have a lot of the older guys who were here before me help me with my pitching over the last three years. We’ve had some really talented pitchers that helped me progress over the years. I’m lucky to have some close relationships with some of the guys on the team. I know these guys will always have my back now and after baseball,” Zdanowski had to say about his teammates. Phil is a tremendous talent and role model for this team. He has also taken up the duty of being a Resident Assistant (RA). I was lucky enough to interview Phil, who is a very well-maintained athlete and leader. He knows when it’s game time and is always ready to give an all-out effort performance whenever he’s on the mound. He’s a respectable talent and being an RA just shows he’s always up for a challenge. He’s ready to take his game to the next level from what I can tell. 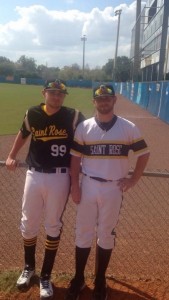