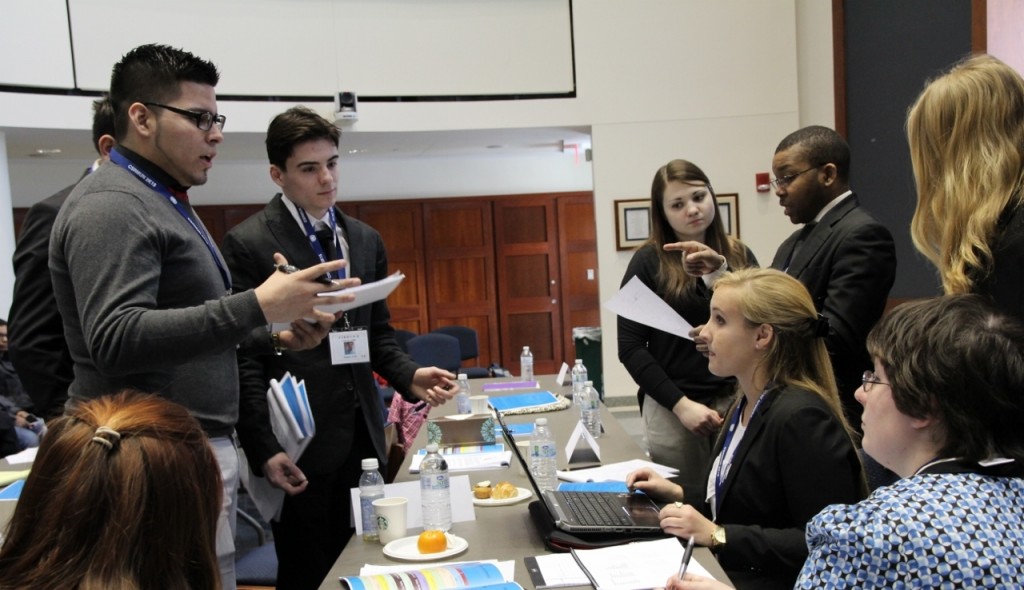 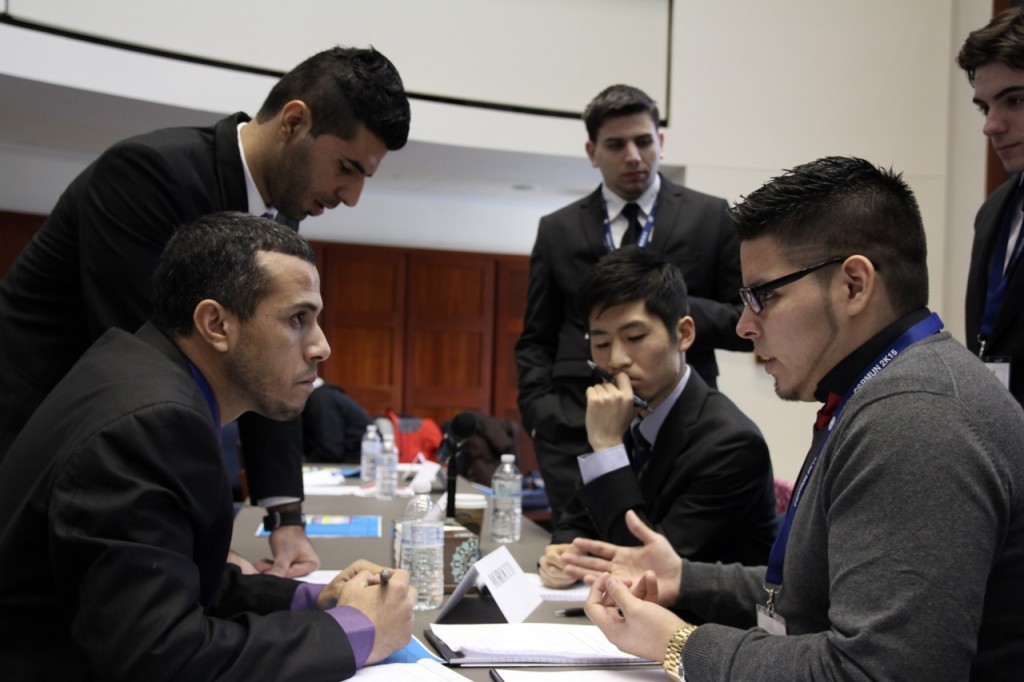 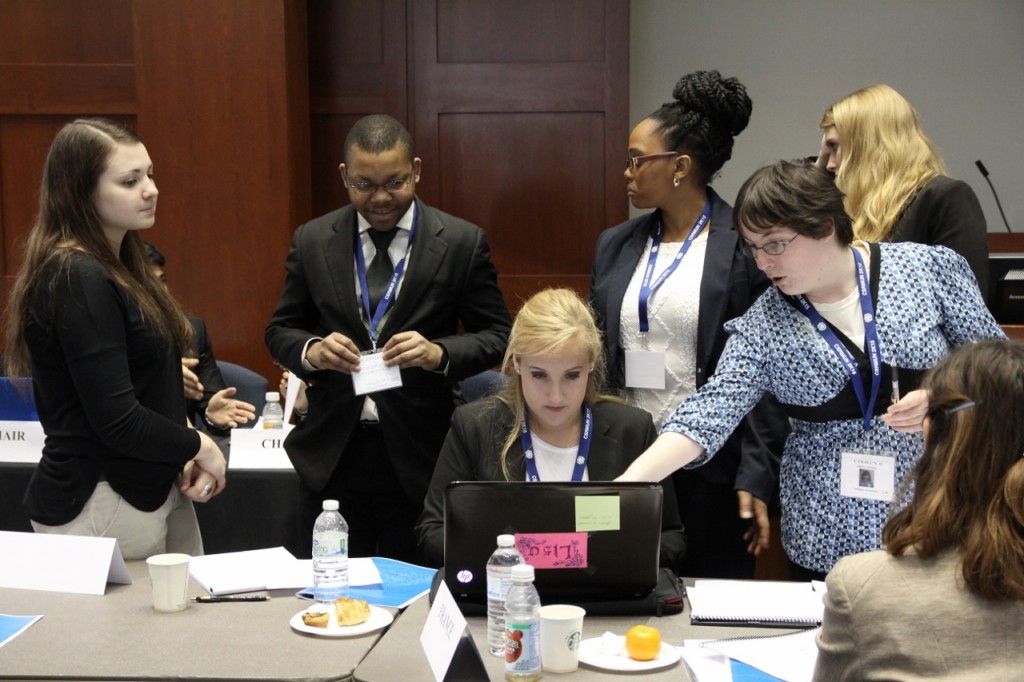 Lisa Frye, representing Argentina at the 2015 College of Saint Rose Model United Nations, stood before more than 100 students to propose a resolution to uphold the freedom of speech and safety of journalists. Frye, a first-time delegate, asked the other countries to stand with Argentina and implement standards for recognizing and protecting members of the print and electronic media. The resolution passed, with 14 out of 20 countries agreeing with Argentina. 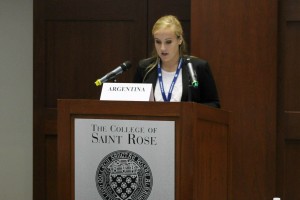 “Argentina has no special dangers that a journalist going there would face,” she later explained. “The issues we discussed were centered on what if we sent our own journalists to a country where they may be in danger, such as a war-torn Middle Eastern country.”

Frye, a senior, is a Spanish major with a minor in business administration. She hopes to make her way into international business. Taking part in the College’s second model U.N. – and her first – March 10 helped her consider the perspectives of other countries.

“I learned a lot about different cultures, as well as getting a more in-depth understanding of issues at hand in our world today,” she said. “I liked getting to interact with students representing other countries and hearing their ideas for solutions to problems that affect us all.”

Part simulation and part academic competition, Model U.N. gets students to represent different countries to learn about diplomacy, international relations and the United Nations itself.

The Model U.N. was presented by the Saint Rose International Student Organization to engage students and faculty in debates about situations around the world. The event also was intended to open students’ eyes to different cultural perspectives to make Saint Rose a more global institution.

Following the success of the inaugural event, the 2015 edition expanded from one council to separate councils in security and human rights and a general assembly. Students practiced their speaking skills and worked together on common goals. Elenie Martinez, a freshman who served as co-chair, noted that the experience enhanced critical thinking skills and teamwork.

“Students are learning to represent their country’s opinion and put their own aside. They are working with different nations and views,” said Martinez, a criminal justice major. “It’s a learning experience that can change your way of thinking forever.” 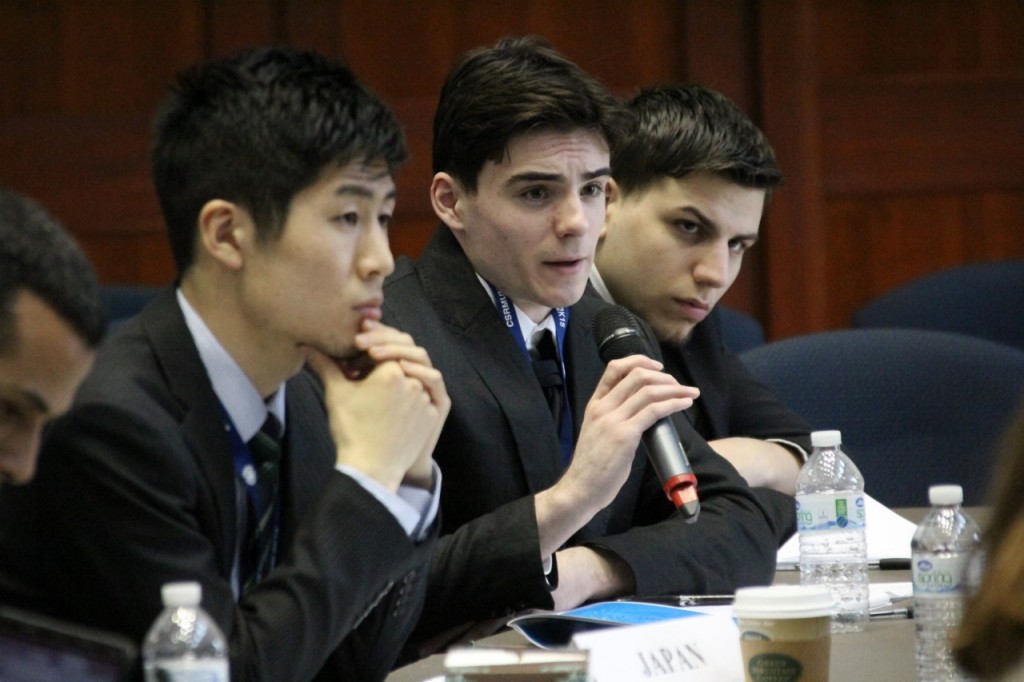