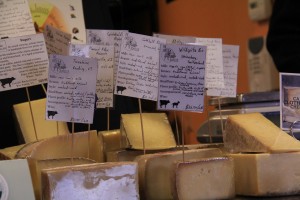 Eric Paul has long been inspired by the art of producing cheese. Cheese tells the story of traditions. It connects people from all over the world. People love cheese. And Albany didn’t have a specialty cheese shop.

“It tastes good and it is interesting,” Paul deadpanned recently as he arranged blocks and wedges of it in his shop, the Cheese Traveler on Delaware Ave. “A carrot is less interesting and it doesn’t have a story.” 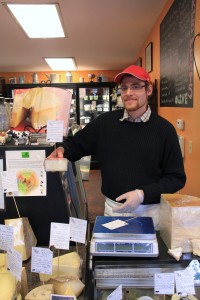 Paul, a classical studies major in college, certainly had the background on who produces cheese how and in which country. He had managed several retail food establishments and had done much of the legwork to open up his own place. But before turning the key to the front door in 2011, Paul also used an eight-week small business training class at The College of Saint Rose to troubleshoot.

“I was committed to the idea but I was pretty terrified,” said the cheesemonger, who learned from the course that he was ready. “They gave a realistic but non-threatening picture of the amount of work needed and the risk involved.”

Sandra Dollard had spent 15 years in retail. She felt the region could support a store selling women’s clothing priced between the discount chains and high end boutiques, what she called “affordable luxuries.”  She enrolled in the class in order to learn the fundamentals of payroll, tax regulations and human resources.

“The small-business course made me think logically and put me in touch with people who solidified my business plan,” said Dollard, who now has two stores, named Evoke Style. 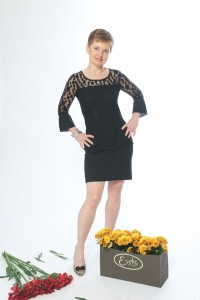 Since 2001, the College has worked with the Community Loan Fund of the Capital Region to offer a class for individuals who want to start a business but don’t have a formal business education. Professor Mike Mathews, who heads the Saint Rose MBA program, teaches the community small-business class. He estimates that close to 700 people have taken part.

Some enroll when they are well along in their planning. Others use the course as a first step; or to grow an existing business. But are all anxious to do the same thing: something different.

“There is often no logical difference between two people, one who is successful and one who is not,” said Mathews, who started and ran businesses starting at age 20. “But we can identify some common mistakes that can make the difference.”

The 40-hour class, which costs $160, meets Saturday mornings at the Huether School of Business. Mathews teaches some of sessions and turns some over to professionals in banking, real estate, law and marketing. “Hearing from them also helps me,” noted Mathews, ‘”because I get to connect to what is happening in banking, or the current state of real estate.”

The Community Loan Fund, which nurtures start-up enterprises in low- income areas, requires individuals who borrow money to furnish a business plan. The students are often advised to do this by taking the Saint Rose class.

“Mike really believes in it. I think that’s the glory of the class,” said Paul Stewart, the director of training and technical assistance for the Community Loan Fund.  “We’ve had some outstanding examples of people who have gone through the course and have started something or moved a business along.”

“Graduates” have pursued a craft brewery, small medical practice, ice cream cart, web design firm and home-cooked meal service. One business, Mr. Painter’s Home Repair, recently landed a contract with GlobalFoundries in Malta. Another, the Chocolate Gecko, evolved from a home business to a popular Albany shop that has been sold to new owners.

Dollard opened Evoke Style in 2010 in Stuyvesant Plaza and followed with a second location in Rhinebeck. The Cheese Traveler, recently named Hudson Valley magazine’s “Best New Specialty Food Shop,” is expanding its dine-in service as it also supplies cheese to a growing list of area restaurants.

Mathews takes pride in these successes, which reflects the College’s mission to play a strong role in the community. But he is just as interested in students who take the course and learn they are not ready to start a company. “We feel good if we can keep someone from making a mistake,” he said.

There is no passing or failing the class. And Mathews uses decidedly more relaxed terminology to talk to his Saturday students than those in the MBA program. And once a student enrolls, he or she is free to come back.

“One person came to my office a year after the class and wanted to write a business plan,” Mathews recalled. “If they need help, I am here. It’s no different than what I do for my own students.” 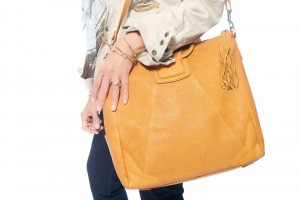