With the start of the 2015-16 academic year, The College of Saint Rose welcomes the following professors to its full time tenure-track faculty: 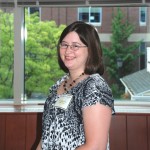 Kimberly Gero earned her Ph.D. in computer science with a minor in mathematics at the University at Albany in 2015. Her degree focused on cryptographic protocol analysis.

“My research interests are cryptography, term rewriting systems and unification theory. I am very passionate about utilizing my skills and experience to help guide students in their academic and research careers,” she says.

“In the future I hope to encourage students at The College of Saint Rose to attend and participate in such events.” 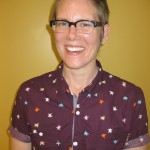 Elizabeth Richards is a familiar presence at Saint Rose, where she has been a visiting instructor for the past two years and has coordinated the 15 Minutes Max Student Film Festival, a juried short-film event for students at area colleges.

Richards is a filmmaker and video installation artist who has had more than 70 screenings of her work across the U.S. and overseas. She earned an MFA in Film and Video from the Visual Studies Workshop in Rochester, N.Y., and a master’s in women’s studies from the State University of New York at Buffalo. She earned a bachelor’s degree in cultural anthropology from Millersville University, in Millersville, Penn.

In Buffalo, where she worked as a theater lighting designer, Richards was nominated for the eleventh annual Artvoice Artie Award. She also worked in television and web production at WGBH in Boston for the PBS history series, “American Experience.” Richards was also a professor in cinema department at Point Park University in Pittsburgh and was presented the 2009 Excellence in Filmmaking award by the Pittsburgh Chapter of the international organization, Women in Film and Media. 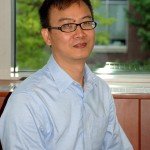 Zhengun Wang earned his Ph.D. in management from Louisiana State University. His research interests are in corporate governance, decision making and entrepreneurship.

He previously taught strategic management, international management and courses in other fields at the University of Southern Mississippi and Louisiana State University.

Wang comes from Hangzhou, China. Besides books and articles on management, he reads about history, science and art, which often inform his field. 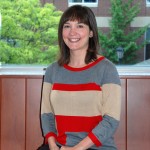 Marshelle Woodward received her Ph.D. from the University of Wisconsin-Madison, earning her undergraduate degree from Georgetown College in Georgetown, Kentucky.

For the past three years, Woodward has served as a lecturer in the English department at Ohio University. She specializesin 17th century English literature and culture, with a focus on early modern intellectual history.

“My current research explores how poetry came to be viewed in the seventeenth-century, controversially, as a potential tool for unlocking mysteries of science and religion,” she explained, noting that she looks forward to becoming involved in a College community devoted to social justice. Woodward wants, as well, to “share with Saint Rose students my belief that voices from the past speak vital messages to us in the present.”

← Goals for the Year (Strose Goals)
Out With the Old, in With the New? →