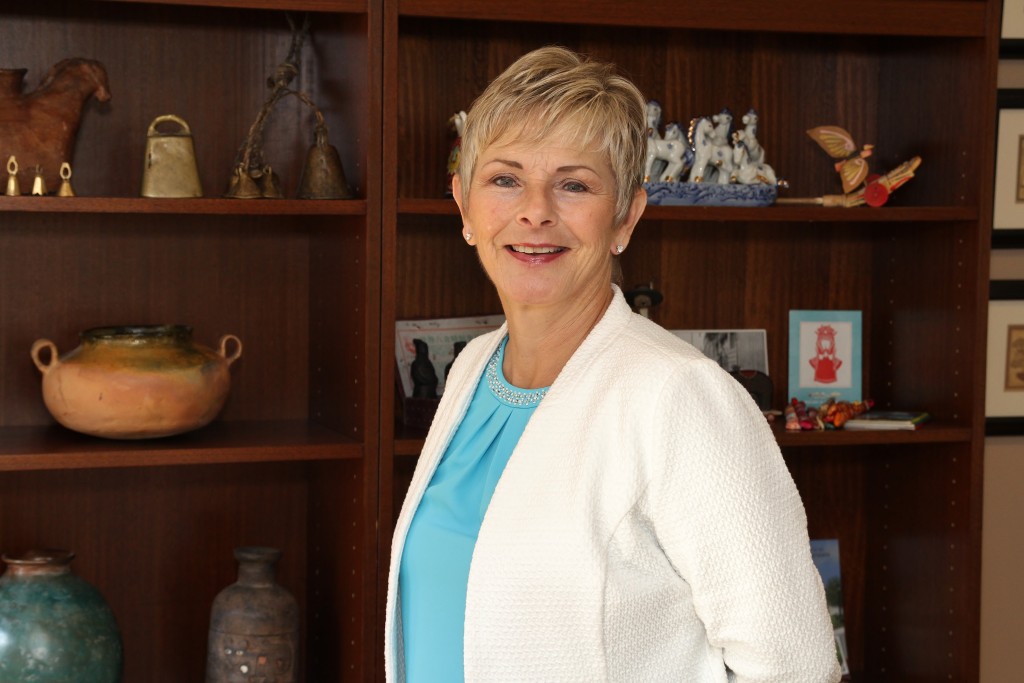 A new dean with a world view.

Suzanne Wilhelm’s career is based on a simple premise that has guided her since age ten:

“I wanted to teach,” she said.

Through study and work in three regions of the U.S., service in South America as a scholar and a government advisor, Wilhelm excelled at applying laws to shape decisions about business and diplomacy.

In Peru, the Congress called on her to revise laws in order to attract businesses following an economic collapse. Wilhelm, who is bilingual, even translated that country’s constitution into English.

“I think it’s in one of those boxes,” she said last month, as she settled in to her office soon after starting as dean of the Huether School of Business.

Wilhelm did ultimately find her way back to the classroom, teaching business law at Eastern New Mexico University before joining the business administration faculty of Fort Lewis College in Durango, Colorado in 2001. At Fort Lewis, Wilhelm taught business law, international law and global business before being named associate dean in January 2013.

A strong proponent of global study, she has led students on programs through Europe, Asia and Latin America. Along the way she developed an expertise in employment discrimination law, publishing widely on the topic.

In her new role, she is impressed by the varied expertise of the Saint Rose faculty. She looks forward to putting her own imprint on the growing programs.

Her priorities include securing accreditation with AACSB International, where she is an active member, to solidify the Huether School’s credentials in management education. Wilhelm is also working to establish an online MBA degree program. She looks forward to working closely with business leaders in the Capital Region and perhaps establishing a chapter of the Rotary Club on campus, to bring the business world closer to the academic experience.

Wilhelm assumes the job at a time of expansion for Saint Rose business programs. She is eager to help shepherd the new majors in finance, financial planning and entrepreneurship.

“This is a rich and strong school of business in an ideal setting, and I look forward to the opportunity to serve,” said the new dean, who lost no time exploring upstate New York and visting New York City.

For more information about the Huether School of Business, click here: http://www.strose.edu/academics/schoolofbusiness