by Oren Rasowsky on August 16, 2013 in Graduate, International, The College of Saint Rose · 1 Comment

Each week, I spend time learning and working with Reichmann’s different business units.  This past week I spent time working with Enrique Rivera Lomeli.  Enrique is the Director of ‎Relaciones Públicas y Relaciones con el Gobierno.  His job is to ensure smooth relations with the city’s government officials and surrounding businesses.  Enrique has hinted at three main issues the company faces.

Number one; there have been several noise complaints due to the ongoing drilling at Torre Diana.  Since construction crews work 24 hours of the day, with the exception of Saturday, it is not uncommon for hotel guests or restaurants to criticize the loud machinery.

Number two; the D.F. recently introduced an immense low-cost bike program called “Eco-bici”, which I use on a daily basis.  Enrique and his team are working hard to make the bike paths more prevalent and defined around the building to help mitigate commuter risk.  Since many of the tenants use this bike system, it is in Reichmann’s best interest to push for further safety measures. 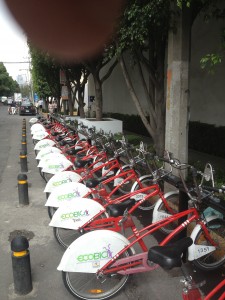 Number three; the city experiences horrendous traffic most of the year (18 million+ citizens).  As common sense would dictate, this equates to parking shortages for building tenants as well.  There are ongoing talks and plans with the Company’s Operations team regarding the best ways to reduce commuter aggravation.  In my opinion, this will be the most difficult issue to resolve-especially with so many new buildings going up in this central area.

To sum up, Enrique and his team face many challenges, some of which are very delicate.  It is their job to work with innovation and responsibility in an effort to do the best they can at promoting an positive/progressive company image. 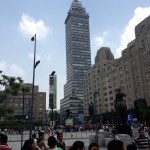 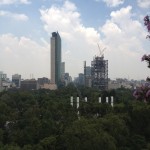