by Kayla Germain on December 18, 2012 in Alumni, The College of Saint Rose · 0 Comments

Today we hear from BS/MBA alumnus Schuyler Bull, ’10, G’10,  Marketing Manager at the Albany County Convention & Visitors Bureau. Schuyler leads the marketing department in creating and delivering all advertising, public relations, and communications materials for the Bureau. He is also editor-in chief of the annual Albany Visitors Guide. 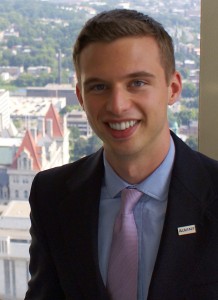 Beyond freshman move-in day, one of my first memories of Saint Rose takes place on Labor Day, 2006. A group of newly-formed friends and I decided to explore Albany with the goal of walking to the Empire State Plaza, the impressive complex that defines Albany’s striking skyline. Along the way, we came upon Washington Park and Lark Street before emerging onto the plaza. Columns of water sprayed into the air before landing into the reflecting pools that mirrored the State Capitol, Corning Tower, and the gravity-defying Egg. We then walked through the State Museum and took a ride on the Carousel, all of which was completely free!

Coming from Watertown, NY, a town that boasts a nursing home as its tallest building, I was awestruck at the beauty of these structures and all that they represented. History, art, architecture, government, business, power, wealth, and beauty were all displayed in this incredible public space in a new city that I eventually called home. I was happy to know that the city of Albany was just as attractive as the Saint Rose campus, though I have yet to see a lawn as green as the Saint Rose quad.

When The College of Saint Rose was founded, the Sisters of Saint Joseph set forth a tradition of being an engaged, urban campus, much like the movie Sister Act. Kind of. 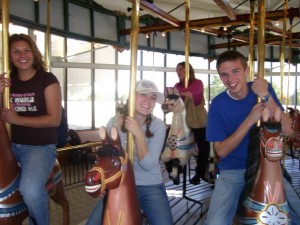 Each year, hundreds of people from all parts of the campus community come together for Reach Out Saint Rose, a day of volunteering throughout the city of Albany that truly embodies this mission. I had the opportunity to volunteer at two homeless shelters and the Grand Street Arts Center and had a blast painting, cleaning, and learning about the surrounding urban community. Though the paint job may not have been the most professional (it definitely wasn’t), we still received praise from the organization’s leaders. And I can’t forget the free t-shirt, as Saint Rose tradition seemingly mandates for all events.

Dr. Sullivan once said “this campus has never had walls and never will, either literally or symbolically.” It was events such as Reach Out Saint Rose that emphasize the greater impact of getting involved beyond the campus. Though my time at Saint Rose was filled with being on the Student Association board, being a Resident Assistant, attending events such as the Saint Rose Music Awards, etc., I still found it exciting to head to Lark Street for a burrito or coffee, go to the riverfront for a concert, and head to the diner for a French Onion soup. In doing so, I felt as if I was a resident of Albany, not just a student at Saint Rose. 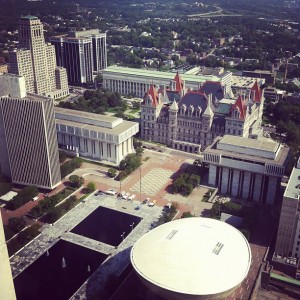 This feeling of being involved fueled my interest in local news and events, which I believe eventually led to me getting my first job at a local PR firm just two blocks from Saint Rose. Since that Labor Day, I haven’t stopped exploring, and now I’m fortunate to work each day for an organization that promotes Albany as a travel destination. So between your studies, remember that there are plenty of opportunities to get involved, give back, and have some fun both within the boundaries of Saint Rose and in the surrounding community.

If you’re not sure where to get started, there are many resources available to you. Speak with the Saint Rose Community Service or Campus Ministry offices, check out local community calendars for events, or go to www.albany.org/blog and read our Free & Frugal Weekend Fun blog posts each Thursday for a list of free or inexpensive events for the weekend. Don’t miss an opportunity to discover something amazing in Albany! 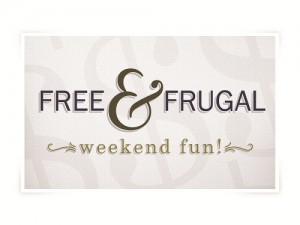