by Kayla Germain on November 27, 2012 in International, The College of Saint Rose · 0 Comments 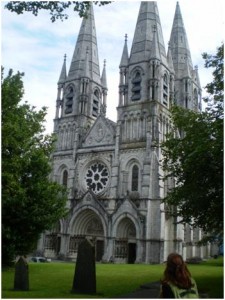 This guest post comes from Tara Parker, a junior at Saint Rose, a dual major in mathematics and adolescent education/computer science. Tara is spending her Fall 2012 semester studying abroad with the University College Cork. She is taking a wide variety of classes- from physics to archaeology of early medieval Ireland to poverty & social policy (plus more!), Tara is keeping herself busy.

Studying abroad is something that I had planned on doing from my very first day of freshman year.  I knew that I wanted to go and visit the places where my ancestors were from and the study abroad program is the perfect opportunity to do so. I chose to come to Ireland because of my family connection, and also I suppose being a ginger, I wanted a chance to really connect with my own kind.

Ireland is the most beautiful place I have ever had the opportunity to visit and it really is a country like no other. It truly lives up to its reputation of being a country of rolling green hills, sheep, and yes- lots of rain. Regardless of the fairly consistent dreary weather, the experience so far has been absolutely fantastic. I have had the chance to see so much of the country and meet some really wonderful people along the way as well.

I came to Ireland a few weeks earlier than other students for an early start program in history. This program was basically a semester long class that they managed to squeeze into four weeks. Within those four weeks, our professor took us on several field trips to places all around the country to see things that we were actually learning about in class. This opportunity allowed us to see so much of the country in such a short period of time and learn so much of the history of the country. The fact that the trips were paid for didn’t hurt either of course. 😉 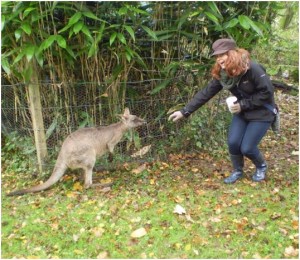 As the actual semester started and the students started pouring in, the semester took off and has gone by extremely fast since. Starting in classes was a bit of a change from that of Saint Rose; here the classes are all lecture style and the way that they run them is very different from back home. For example, for many of my classes I do not have homework or exams, which sounds great, but in the end my entire grade is based upon two essays and that is it. That is certainly something that takes some getting used to and not so good for those of us who tend to procrastinate on essays (not that I ever do that). 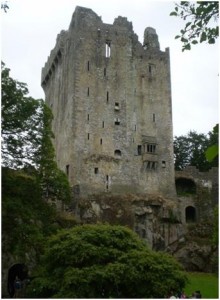 It does not seem like I have been here for almost four months already and I will be heading home in about four weeks. I will admit though- if I could do this entire experience over again, I may rethink choosing to study abroad during the fall semester. The country is beautiful this time of year and it is much easier to transition when you are coming in at the beginning of the year with the rest of the students but, with it being the holiday season it is very hard to be away from family for so long and missing the holiday season. Other than that, this has been an experience that I would recommend to everyone who has the opportunity to do so. Take advantage of the opportunity while you can. College is a time of exploration, so get out there and explore the world! 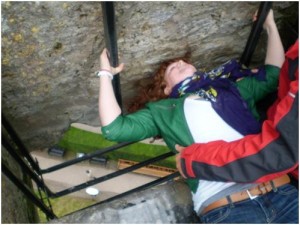