Life as a “Commuter” Student: Moving Out

It’s finally that time: I, Zak Barnett, have moved from home!!!  As some of you may know, I’ve been going back and forth between Albany and Cambridge for the past semester, staying at a friend’s apartment while in Albany for classes during the week, then living at home with family on the weekends so I could work my job.  Now I actually live in said friend’s apartment and am a resident of Albany, NY! Granted, I still need to maintain my job back home and will still be staying at my family’s house on weekends.  That doesn’t take away from the fact that I have taken the next step in my life and moved out of my family’s home!

The feeling is so exhilarating!  You get a taste of freedom when you head out to college as a freshman, but it’s nothing like the feeling of officially living on my own in an off-campus apartment with two of my best friends!  It’s a feeling of real control; and as childish as it sounds, it’s like I’m really “growing up,” or at least I’m on the right track.  It’s very comforting seeing proof that I’m actually progressing through life.

It was a long process getting here.  I actually didn’t plan on moving out until senior year.  I had talked it over with my mom and the plan was all set up.  But sometimes life doesn’t go according to plan.  I didn’t think I would be ready until then but after spending most of my time in Albany over the past two-and-a-half years, independence just sort of found me.  I felt free but was still under the binds of having to go home, of not really residing in my own home.  It finally felt right for me to take the reins of my life and to start going somewhere.

I’m so thankful to my mom for helping me get where I am now.  My growing up has always been hard on her, but we both know that this had to happen sometime.  If she hadn’t raised me right I wouldn’t be so capable of going out on my own.  That’s how parenting works: the end goal is to have your child be ready for the real world; and I certainly feel prepared.  It wouldn’t have been possible without her and all of her effort throughout my 21 years.  So thank you, Mom, for everything! 🙂 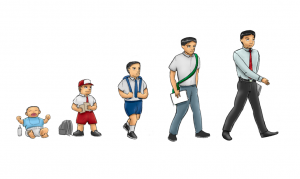