Making the most of my time left in DC!

Happy Tuesday Everyone!  Hope your week is off to a good start.  I’m struggling with the fact that I have less than 2 weeks left in DC.  My goal is to do as much as I can in the time that I have left here this summer.  This past weekend is the perfect example of this: busy, but so great!

Friday was Alex’s birthday so a group of us went out to dinner in Dupont.  We celebrated after dinner with cupcakes from Georgetown Cupcake.  When my family was down here, Georgetown Cupcake was the #1 place that my sister wanted to go to because of its reality show on television.  Normally, the line to Georgetown Cupcake is all the way down the block.  Luckily, I was able to go on my lunch break and buy the cupcakes when there was no line! 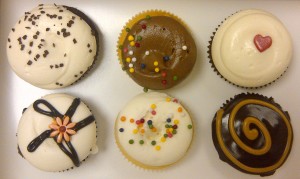 On Saturday, nine of us went out to brunch to celebrate Alex’s birthday.  We’ve been going to a different place for brunch every weekend which has been fun.  Saturday night, I was invited to a barbeque in Tenleytown.  It was great weather  for a barbeque and I met a lot of new people.  Also, the Tenleytown metro stop is the same stop for American University, so that was cool to be up near the college.

On Sunday, Kendal and I went to Mass at the Basilica of the National Shrine of the Immaculate Conception at Catholic University of America.  It was incredible!  The Basilica is the largest Roman Catholic church in the United States and North America, and is one of the ten largest churches in the world. 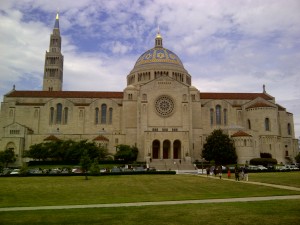 Basilica of the National Shrine

After church, I met up with Chris and we went to Six Flags America!  It was so much fun!  It worked out really well because we both love roller coasters and were in agreement the whole time about which rides we wanted to go on.  Also, we lucked out with the weather; they were calling for scattered thunderstorms on Sunday, but it didn’t rain until we were on our last roller coaster of the day. 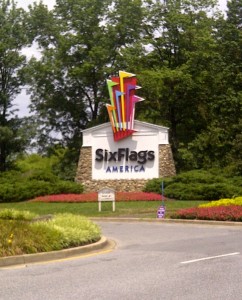 Last night, I had dinner with the daughter of one of the women who started PROJECT 70.  It was really nice to visit with her.  I didn’t know until we started talking that she and her husband work internationally.  She was the perfect person to talk to because I’d like to get into international business after graduation next spring.  Talking with Erin last night gave me some insights that I can’t get from the classroom.

Hope everyone has a great day!  Check back on Thursday to hear about my time at the Nationals/Mets game tomorrow.  My loyalty will be torn because I’m in DC, but from NY…it should be interesting to say the least!