During New Student Orientation, I was one of twelve orientation leaders. We worked, lived, ate and grew together. We spent a month learning about ourselves and each other as we helped incoming freshmen learn more about The College of Saint Rose. I always say it was the best summer of my life.

One day, we were all sitting in the common room with nothing to do. The other OLs (orientation leaders) decided that it was time that I learned how to drive. I was 21 years old at the time and I think I may have been the only one without a license. I never wanted to learn how to drive because I did not want to drive. I have always had a HUGE fear of driving because of a small, yet traumatic experience. I grew up in Brooklyn, so I did not see the need for a car because public transportation was convenient and quick. However, after my Junior year I started to see the freedom that driving could give me. It would also make commuting to work easier. So, I decided that I did want to learn how to drive. 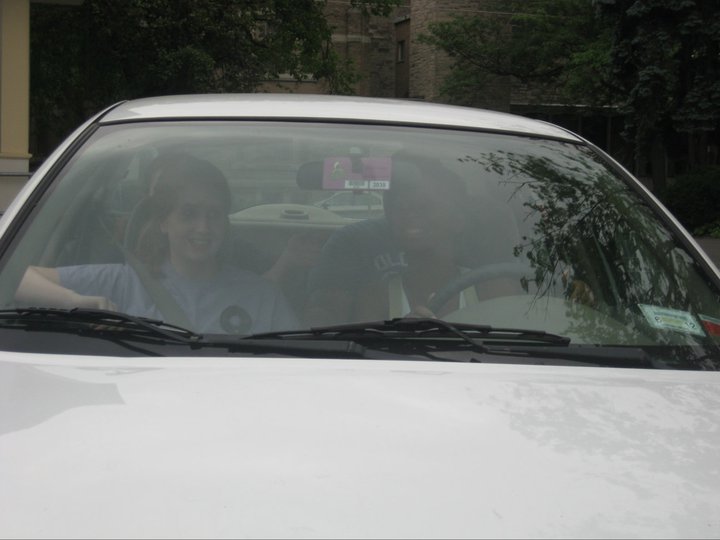 Most people have their first driving lesson with a parent or guardian. I had my first lesson in Kait’s car in Lima parking lot! Take a look at the picture; Kait looks frightened. I was terrified for a number of reasons:

Although I was freaking out and screaming (and probably crying on the inside), I was also enjoying the experience–having the people I cared about teach me something new. It was so cool that they cared enough to take the time to teach me and were patient with me. Not to mention that Kait trusted me more with her car than I did. It was a blast. Of course, they laughed at me because I barely broke 10 mph. Hey! Don’t judge me; it was my first time! I still remember Kait saying, “Ashley, you can put your foot on the gas. You’re going like 3 mph.”

My Car/ Photo by: James Young

Congratulations, Ashley! You finally got your license.

That’s probably what you’re thinking, right? Not so fast–I have not made it there yet! I know, I know…my dad thinks I take forever to do things that normal people do every day. Whoopsie Daisy! I’ll get there eventually 😉

← What Optimus Prime Knows About Albany
Things to Do On a Nice Day: →

2 comments for “My First Car”