Student research a pandemic could not disrupt

by Jane Gottlieb on September 3, 2020 in Faculty, Student Profiles · 0 Comments 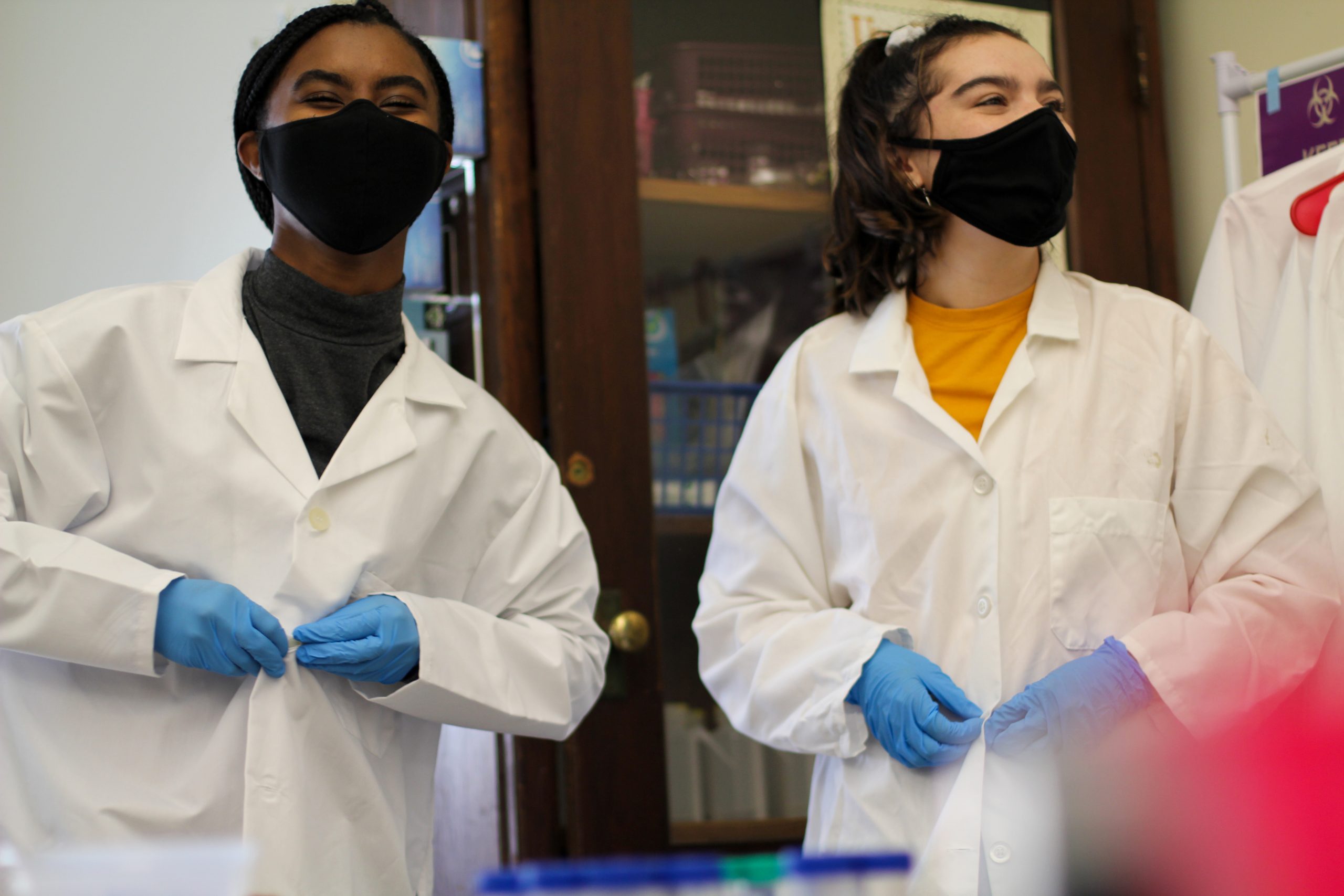 Sheba Mendoza and Gabrielle Canzano, Saint Rose seniors, are glad to be back in the lab after months of fieldwork supervised by their professor. Photos by Todd Ferguson.

For more than a century, large companies dumped chemical waste into Onondaga Lake, and today, Gabrielle Canzano worries about the impact. A Syracuse resident and Saint Rose forensic science major, she grew up visiting the nearby lake with friends and family.

Sheba Mendoza, a Saint Rose biology major, loves the aquatic life she grew up with in Trinidad and fears the damaging effects of freshwater pollution – especially on turtles.

“I’m really into turtles and their environment,” said Mendoza, who is taking part in a six-year Saint Rose biology/cytotechnology program with the Albany College of Pharmacy and Health Sciences. “It makes me upset when I see plastic on the beaches, near their eggs. I really want to understand the impact.” 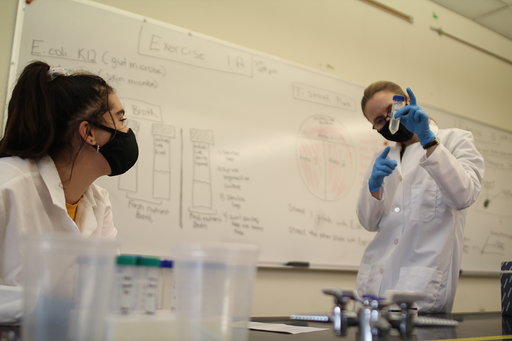 Kelly Hallstrom, an assistant professor of microbiology, made the consequences of water contamination real last year during a campus colloquium on microplastics. Marine animals, she warned, can get sick when they ingest fragments of the shampoo and soda bottles dropped in and near water. Together, Mendoza and Canzano approached to ask if they could conduct their own research with her support.

“Sheba wanted to look at turtles, and I wanted to focus on the lake. It’s the same project, focused differently,” Canzano explained during a recent Zoom call with her classmate and professor.

They submitted proposals, and got approval, for separate-but-related collaborations with Hallstrom, who studies bacteria and their relationships with the environment. The students hoped to determine the prevalence of microplastics in the water – and whether the particles have promoted harmful bacterial growth.

Canzano, who received a Saint Rose summer research grant for her part of the project, planned to do her fieldwork on Onondaga Lake. Lawsuits and advocacy work there have resulted in decades of cleanup. Mendoza would evaluate ponds in and around Albany. They would meet Hallstrom in the science lab to analyze findings.

Only then, the coronavirus pandemic hit. Hallstrom was prepared to put the work aside. Her student researchers, however, had no such intention.

“It was their enthusiasm that kept it going,” said the professor. “We structured it less on analysis, more on observation, which is just as important. It was supposed to be very, very different. But science is about being able to be flexible. It never goes according to plan.” 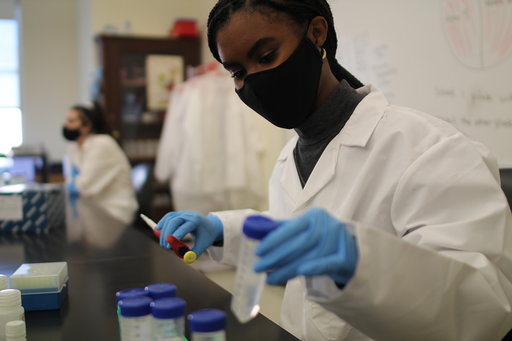 Mendoza prepares to analyze water samples she collected from Albany ponds and lakes.

Since June, Canzano, who remained home once campus closed, has taken and dated samples several times a week at designated spots on the lake – both waterfront parks and less-traveled areas. Mendoza has collected water from Buckingham Pond, Washington Park Lake, and several other spots where turtles lay their eggs.

But they could not get to campus to conduct the lab analysis. So Hallstrom offered instructions on photographing their observations to develop something of a time capsule. The picture is sobering: Even as the pandemic keeps more people than usual at home, waste litters the water and shore.

Mendoza often visits her sites early in the morning, before the city cleaners. She finds cups, food containers, and diapers increasing as people emerge from pandemic quarantine. She is eager to match her pictures up to the water samples to speculate on conditions for the turtles.

“But I’ve seen turtles and gotten some pictures of them, which is pretty cool,” she added.

Canzano was also surprised by the amount of waste at a time when there is so much emphasis on cleaning up Onondaga Lake.

“You go to the same part of the lake for a month and see the same trash. People don’t seem to particularly care about carry-in, carry-out rules even though they know the lake is polluted,” she said. “Some parts of the water are still clear, but some sites are even hard to collect water from because of the backup of algae and grasses.”

Hallstrom, who met the student researchers via Zoom and brought them supplies, said the photographic documentation adds an element to the research. With it, they can match water conditions to those on the land.

Now, with campus life having restarted, both students, who are seniors, are eager to analyze the samples. Hallstrom noted there has been little written on the ability of bacteria to grown on miscroplastics found in freshwater. She said the work could generate a paper.

“Their interest is making me more even interested in the work,” she said. “Being able to work closely with students and watch their interests grow is a nice thing about being at Saint Rose.”

← A silver lining: Camerata CD assures enduring performances
Reach out from wherever you are: Reimagining a 25-year Saint Rose tradition →