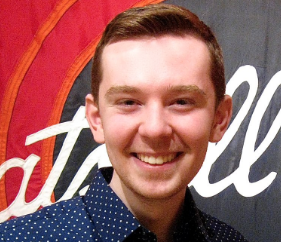 By the time he arrived at Saint Rose as a first-year student, Jackson Murphy had won a New York Emmy for his film commentary, appeared on “The Tonight Show with Jay Leno” twice, and considered Roger Ebert and Regis Philbin his idols.

The Rensselaer County native got his start at age seven, providing reviews for Radio Disney. He kept going, offering convincing analysis on blockbusters and indie films, even as he took up just half the seat in television studios. As Lights Camera Jackson, Murphy is a visible presence in print and on the radio, television, and podcasts for AnimationScoop.com, Cultjer.com, and the Critics’ Choice Association.

He was largely self-taught in his field. After high school, he came to Saint Rose to learn in-depth about film, broadcast, journalism, and entertainment. Now, recently graduated with a degree in communications and a concentration in film and new media, he returns full-time to an industry transformed nearly overnight by the worldwide pandemic.

When you came to Saint Rose in 2016, you had more than a decade of professional experience and were busy reviewing and discussing movies. Why break for college?

I still wanted to continue my education and learn more about the entertainment industry (its past, present, and future). I also wanted to improve my craft in as many ways as possible. I also wanted to stay local because of many area job opportunities and to be close to my family. I’m glad I made that decision.

What did you take part in at Saint Rose outside the classroom?

One of the highlights: hosting the 15 Minutes Max student film festival all four years. That was a fun, annual event that I hope continues (with new emcees at the helm) for a long time. My reviews occasionally appeared in The Chronicle. I also took advantage of the COM Department’s internship program, with a comic-con/animation internship in California prior to my final semester. 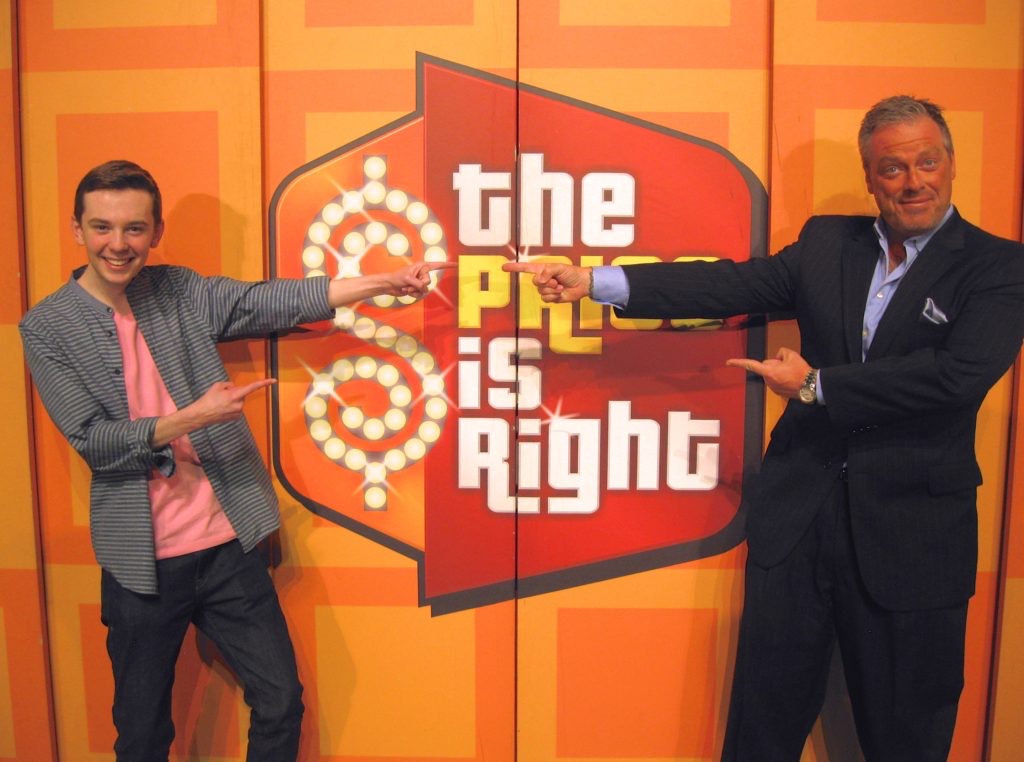 I was definitely NOT a regular college student. My life has been anything but ‘regular’. There were some sacrifices I had to make to balance class time and my professional work, but I hardly missed any days on campus.

I took my studies seriously. Some classes (both in the COM group and outside of it) were more challenging and demanding than others.

As a reviewer who put himself out there so young, you have developed a thick skin. I wonder how being a public figure, accustomed to taking hits, served you at college?

As a public figure and member of the media since the age of seven, I have often been targeted and criticized. But you have to ignore the internet trolls, the blatant haters, and those who are just looking to get attention by picking a fight. I did earn a fair amount of positive attention through my association with Saint Rose. VICE came to the College to do a profile on me during my second semester. That was a fun day.

Discuss your work since the pandemic.

My final day at Saint Rose was Thursday, December 12. After my last class, I went to a movie and then got right to work putting together a Golden Globes predictions segment for local NBC affiliate WNYT-TV. I got through the holidays and did that segment on Sunday, January 5. Two days later, I was on a plane to California for the Critics’ Choice Awards. I returned home a week later and vowed to get through the rest of the awards season before flushing out the possible “next steps” of my career.

The Oscars was held earlier than ever, Sunday, February 9. Two and a half weeks later, I realized Covid-19 was going to significantly impact everyone. Two weeks after that, Thursday, March 12, was the final day I went to an indoor movie theater before everything shut down.

The past four months of this ‘pandemic’ have not slowed me down. I’ve still been fortunate enough to screen dozens of new movies at home and cover what’s happening in the industry. The Drive-Ins (which I do voice work for) are more popular than ever.

The pandemic has been especially cruel to movies. Even as much else in the country has re-opened, theaters remain largely dark. What does the industry look like in the near future?

Recently, I decided to do a ‘Cinema Stories’ Podcast where I chatted with a half dozen film critics about what’s going on and what will happen when we (eventually) return to movie theaters. Right now, going to see a film at a movie theater is viewed as a chore rather than a pleasure AND a major health risk. Indoor theaters will be frowned upon / looked at more negatively until there’s a vaccine or most people feel safe enough to go to them. It could be a few years. Until then, the Video on Demand and streaming strategy for releasing new movie releases (especially for families to watch at home) will continue to prosper.

Since you’ve resumed your career without missing a step, what difference does it make having a college degree?

A College degree is still very important because the experience of learning more is worthwhile. And being at / associated with a College, and then receiving that degree will definitely open doors to more opportunities.

← The Saint Rose Flex MBA: An In-Person Feel No Matter What Format Students Choose
Advice for Sending your Student to College: Resist the Urge to Help →