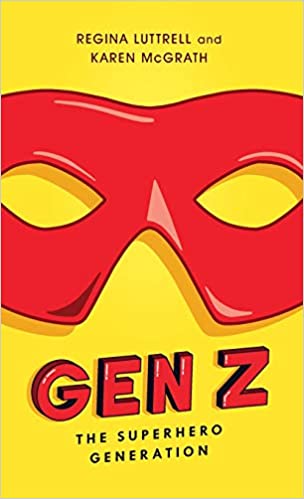 Each generation, it seems, looks down on those that follow. Professor of Communications Karen McGrath believes the distinctive traits of every wave of young people presents opportunities – even if they take some adjustment.

“Even Elvis wasn’t welcome right away – he wiggled his hips,” she notes.  “But things change. And as a professor, I need to ask, ‘How can I be effective if I don’t see what’s underneath the behavior?’”

It led her to co-author the 2016 book “The Millennial Mindset: Unraveling Fact from Fiction,” (Rowan & Littlefield Publishers), which explores factors behind Baby Boomers, Gen-X, and Gen-Y (Millennials). The goal is to take on the world together. “Mindset” has, in fact, been used at conferences and workplace trainings to help multi-generations co-exist.

We asked McGrath to discuss what makes these 6- through 24-year-olds (give or take) tick.

Who are these young people, and what traits have you identified?

Gen-Zers are so many things because of the generation in which they are raised. They have to figure out a balance between real-world, in-person interactions and those they have in online or virtual worlds. These worlds can collide quite easily, in ways both intended and unexpected.

In an unexpected way, many Gen-Zers learn early that what they say or do online can have negative impacts on friendships, romantic relationships, workplace relationships, and even college acceptances. This occurs when they don’t anticipate consequences the online world can have on their real-world lives. For example, one Instagram photo or one tweet can go viral and devastate their real-world lives.

They can, on the plus-side, also use online platforms and organized, in-person events to garner much-needed attention for social, political, and environmental issues, as noted by the number of Gen-Zers taking a stand for social justice, climate change, and more. 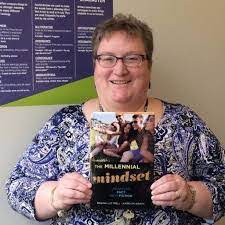 You wrote the “Millennial Mindset” to look beyond the stereotypes. Why look at Gen-Z?

Similar experiences relating to perceived negativity toward Gen-Zers from other generations, including millennials, inspired us. As suggested above, each generation faces adversity and negativity from those who come before.

When Gina and I discussed the negativity toward Gen-Z, we also recognized the prevalence of superhero films, TV shows, video games, books, and more during the past 10 years or so, and which is still ongoing.

This prevalence piqued our interest, so we developed this generation’s persona using superhero qualities as our framework. Our own interest and identification with superheroes such as Wonder Woman, Captain Marvel, Black Panther, Faith, and others also influenced how we interpreted the superhero qualities we put forth in our book.

What is the first impression of a Gen-Zer, and what’s the whole story?

We can never fully know any generation’s “whole story,” but we can try to make sense of parts at moments in time to get a better sense of who they might be and what influences the commonalities.

Gen-Zers are often perceived as digital natives who have increased anxiety, stress, and depression, but who have lessened the stigma of mental health in the public discourse. In doing so, they have embraced their fallibility to, in a sense, empower others to stand up for mental health awareness and support. Additionally, they are often perceived as technologically savvy, yet socially inept in small, personal interactions – though they thrive when using group identity to support social justice issues and climate change.

When we last visited millennials four years ago they were ages 18 to 33 and making their way into adulthood. How are they making their mark?

Millennials are embedded in the family and work worlds, becoming, or having been, leaders within their organizations.

However, due to the pandemic, many have also lost their livelihoods and are struggling to pay off student loans or keep up with their current expenses. Many are barely living paycheck to paycheck. Many late Boomers (mostly those in their 60s) are no longer retiring to make way for early Gen-Xers (about 55 years old) to lead the workforce for the next decade. Instead, Boomers are often working into their 70s, leaving many millennials and early Gen-Zers struggling to find work.

Now that generation names have reached “Z,” what’s next?

When we began writing this book, the next generation had been labeled “Generation Alpha.” And, since the pandemic has flipped many cultural norms and expectations, this label may indeed be the lasting label since it appears we may have to start anew. My guess is that the word “adaptables” may also catch on because this COVID-19 generation has certainly had to alter their everyday lives to succeed during the course of the pandemic, which still hasn’t officially concluded.