One said she was two months behind grading papers. Another said he found it difficult to restore order from the chaos. A third was overwhelmed by the constant emails from parents.

Each month during the school year, new teachers get some pointers – and the chance to vent a little – during support groups held at the Thelma P. Lally School of Education. The meetings, open to Saint Rose education graduates, are intended to ease what is known to be a difficult transition from being a student who is learning to teach to being a teacher in charge of a classroom.

The professors who lead the sessions recognize the need to support Saint Rose graduates in a safe setting, free from the judgment of their supervisors. They also want to keep newly-licensed teachers in the job. Across the country, up to half of new teachers leave within the first five years. And it is a field already experiencing significant shortages. 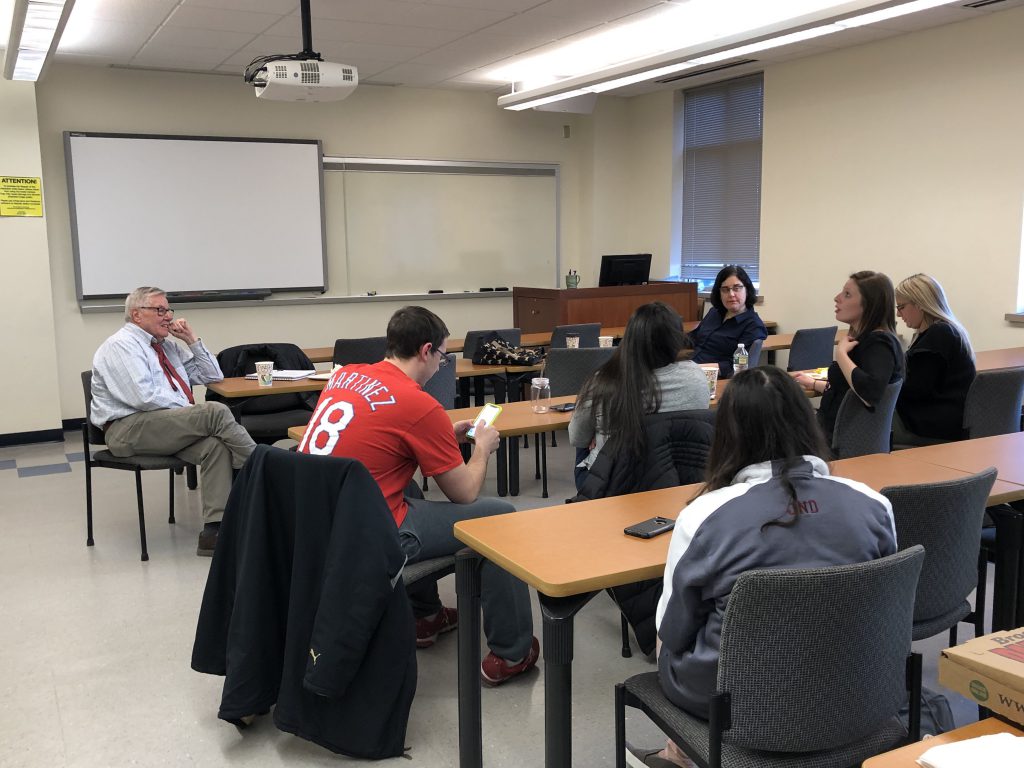 “We know our alums have mentors through their school districts, but they appreciate the opportunity to meet with peers as well as former faculty members,” said Christina Pfister, an associate professor who supervises students studying to be elementary and secondary education teachers. “Here, they get an opportunity to share exciting things that are happening, as well as get advice on issues they might be struggling with.”

The program began last fall when Pfister and Joseph Schaefer, coordinator of elementary education field supervision, considered how to prepare their students for the road ahead.

“New teachers often struggle with keeping up with the demands of their new jobs, such as getting lesson plans done and handling classroom management issues,” says Pfister. “They have to find ways to build rapport with parents, as well as children, and this can be challenging at first. It takes time, and it’s challenging to meet all of the demands.”

Over the summer, they reached out to their former students, inviting them to meet monthly and asking them to invite others. Through the outreach, they ended up with a core group of eight to 10 students.

These were no strangers. Most had taken classes together at Saint Rose, with the same professors. While most live and work in the Capital Region, one regular group member travels more than an hour from Vermont after teaching all day. The stakes are high.

“Real-life teaching is like you’re on fire, and your bike is on fire, and someone is chasing you with a whip while birds are circling overhead,” is how one participant described starting off in the classroom.

At the start of the meeting, she and others shared the funny, and not so hilarious, stories from their classrooms and schools. The meeting took a productive turn when the alumni and their former professors began discussing solutions to classroom difficulties.

They realized they had perhaps taken on more than they should have, given the inadequate staffing levels. And, just as important, they shared a consensus that they were doing work that was rewarding and satisfying.

“I love my school, the teachers I work with, and my kids. I would take a bullet for them,” one participant said. 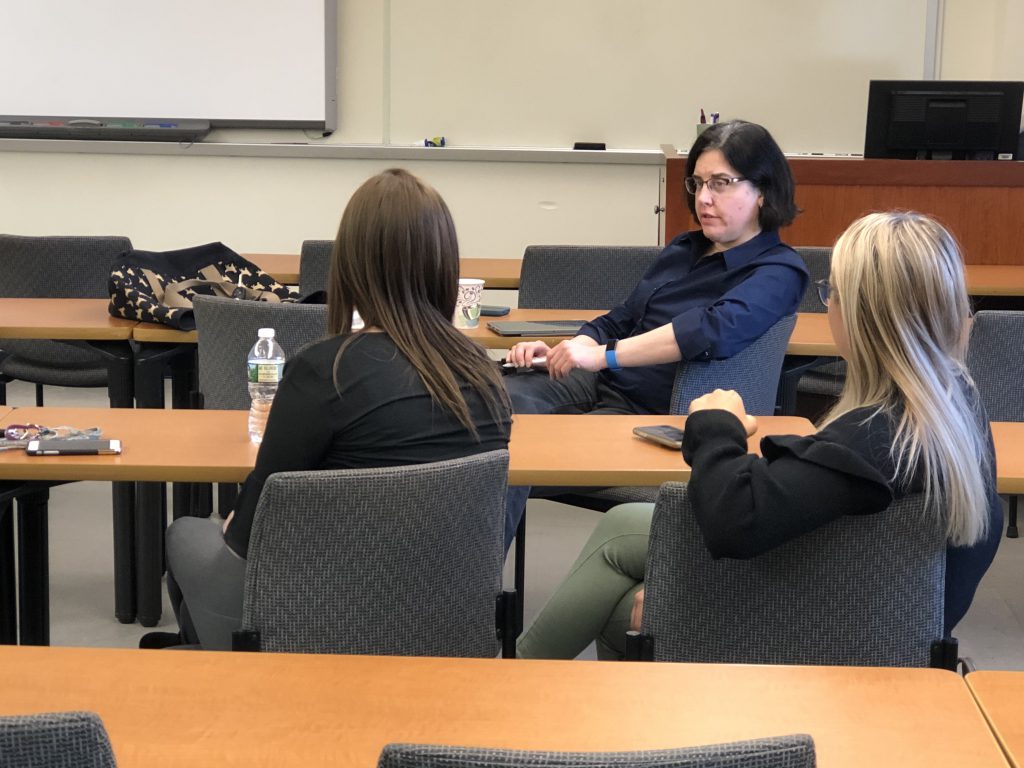 Alumni formulated how to respond to parent emails, deal with students who aren’t engaged in the work, and communicate with administrators who aren’t prone to share information. One alum, who found herself buried in piles of assignments to grade, made a goal of assigning less homework the following year. Another, a high school math teacher who noticed students enjoyed class participation, decided to assign classwork and a bit less homework.

The Saint Rose professors hope to expand the group next year by inviting the newest wave of teachers to join. Despite their stress levels and uncertainty,  Schaefer gives his former students an A.

“They are doing a fine job and will continue to build his or her experience,” he said. “They are focused on continual improvement and this means they have the potential to become exceptional teachers.”

← One Last Chat With Retiring Professor Michael Levi
Students on Faculty-Led Trip to Spain, Morocco, and Portugal Share their Insights in Two Languages →