As 2013 comes to a close, it’s time to look back at what this past semester brought. Now, I was going to do something catchy like ’13 Photos That Captured 2013,’ but there were just too many good photos to leave out. So after a lot of strange number crunching trying to come up with a number of photos to include, I have arrived at the magical number 28. It’s actually not that magical, its just the number of photos I tagged as I went through the 8,000 photos I took this semester (yup, this gallery features just under 0.5% of the photos that I took…).

From homemade food and strange friends to fighting for a good cause and great theatre, this look back at 2013 covers some fantastic moments caught both on and off campus this past semester. Here’s to great memories of 2013, and to all the fantastic things that 2014 has in store for all of us! 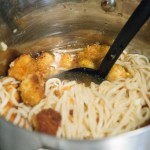 One of my roommate’s specialties is homemade Japanese Cuisine. 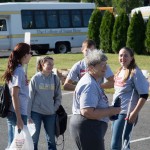 Students preparing for Reach Out Saint Rose, the annual day of service. 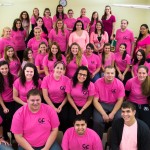 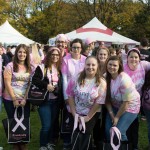 The Social Work Organization created a team to raise money and walk in Making Strides Against Breast cancer along with 15,000 others at Washington Park. 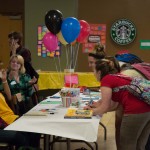 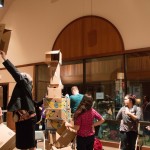 A group of interfaith students gather in the Hubbard Interfaith Sanctuary to learn about the stories of others. 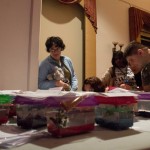 KnightFest, the annual carnival sponsored by Student Affairs, is held in St. Joe’s every Fall. 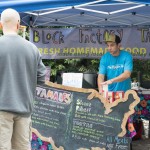 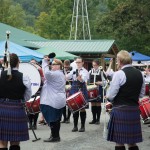 Thousands of Bagpipers and Drummers gather for the Capital District Scottish Games at the Altimont Fair Grounds. 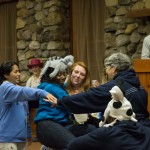 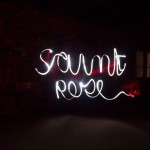 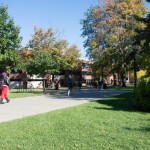 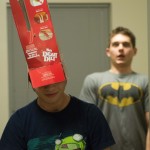 My roommates doing what that do best… 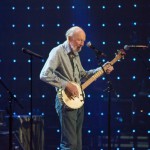 In less than one month, I was lucky enough to see legendary performer and activist, Pete Seeger, perform live. 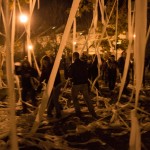 The annual event, TP the Tree, occurs every Halloween at Midnight. 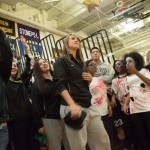 The Women’s Basketball team waiting to be introduced at MidKnight Madness. 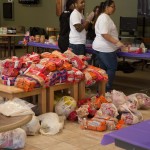 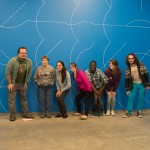 Who would have ever guessed that math and art could combine? The United Mathematics Organization (UMO) traveled to Mass MoCA to explore the Sol LeWitt gallery. 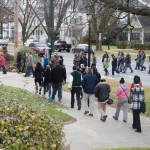 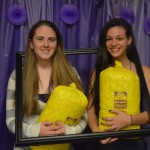 Colleges Against Cancer held their Relay For Life kickoff, featuring a purple carpet and paparazzi! 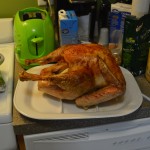 Having access to a full kitchen this year, I decided to take on the task of cooking for 12 at Freindsgiving. 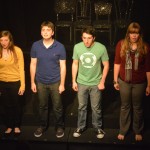 The cast of [title of show] enjoying the final moments of their show. 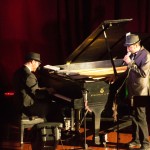 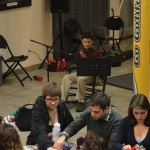 The Office of Spiritual Life hosts their “Celebration of the Seasons” featuring many different religious and cultural celebrations. 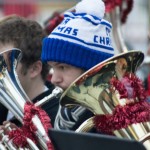 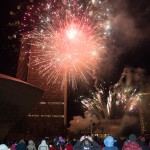 The crowd enjoys fireworks over the plaza after the Holiday Tree is lit. 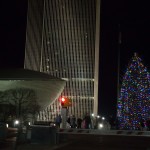 A staple of the Albany Holiday Season, the Empire Plaza Tree.