The Pressure to make and keep Friends : Albany vs. London 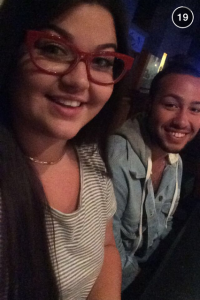 The majority of my post-abroad transition phase was done back in my hometown of Hartsdale, New York. At times London feels like a distant memory. Spring 2015 was filled with excitement. I explored England during the weekdays; visiting unique museums and taking touristy selfies at every tube stop. On the weekends I would travel to foreign cities and countries; with little to no expectations. Studying abroad was truly an unforgettable experience.

I did miss Saint Rose. I hadn’t been on campus since December of 2014. I was anxious over the summer about returning to Albany. Can I handle seven classes? Would I still be as close to my college friends? What if my friend group had changed? I’m living in Centennial this year, with three 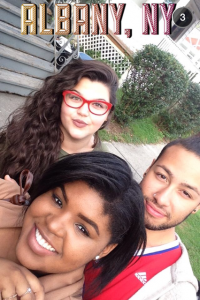 roommates. I hadn’t had a roommate since freshman year. Would we get along? These questions ran through my head for the majority for the summer. It’s only natural. After being away from Saint Rose for over half the year, I wound up feeling disconnected. I didn’t think I would. Blogging kept me grounded, feeling apart of the Saint Rose community across the pond. Thankfully any concerns I had about being back at Saint Rose were dismissed after the first week of school. It was like I never left.

There are many comparisons I could give towards Saint Rose and Regents University London. They are both smaller  colleges, with a close-knit community. All of the students in RACL (Regents American College London) knew of each other virtually before first meeting due to the school’s social media presence. Studying in a foreign country forces you to make friends quickly; as you all have a common goal. You want to maintain a decent GPA, travel, but most importantly– have the best time possible. Aside form the traveling Europe aspect; it felt like freshman year all over again. I made acquaintances with people on Facebook on Saint Rose’s Class of 2017 page. Small groups of friends began to form quickly and were solidified at summer orientation. Of course, most of these groups fell apart during freshman year. But, that’s besides the point. At Regents, students grabbed to the first friend they made, hoping to stay close as the semester progressed. Thankfully I had my best friend Taylor Holliman with me. However, I did feel the urge to make friends quickly. That’s exactly what I did. My first trip outside of London was to Athens, Greece. It was made five days after arriving in Europe with seven people I hadn’t known previously. That’s insane. There is a time restraint pressure. We only have four months in Europe. There’s no time to waste. Make friends. Book plane flights. Go!

At a normal four-year college, friendships progress naturally. The angst of making a friend, or finding a significant other, is there in the beginning. However that feeling dwindles as you mature. Being at Regents brought on those freshman emotions all over again. I only bring this up because I did feel the same way heading back to Saint Rose this semester. Only, my suspicions of awkwardness and distance in my Saint Rose friend group were completely untrue. Everything is going fine. My friends are great. My roommates are great. I’m happy to be back at Saint Rose.

Of course class is difficult again, but that’s another story.