by Oren Rasowsky on August 14, 2013 in International, The College of Saint Rose · 5 Comments

At least once a week, I get the opportunity to walk around Torre Diana’s construction site, which is Reichmann International’s newest project.  Torre Diana is just three blocks away from Torre Mayor and is scheduled to be completed by late 2015.  There is a tremendous amount of planning and detail that goes into each of Reichmann’s new ventures and I have been fortunate enough to sit in on several on-site meetings.

Diana is in the very early stages, which means most ground workers are concentrated on drilling piles, which are 54 meters in depth.  These piles are then filled with steel and concrete which will provide the building’s ultimate foundation (33 stories high when complete).  In addition to these piles, workers are laying slurry wall around what will comprise the building’s sides.

It is important to understand why this stage in the process can be so sensitive and time-consuming.  First of all, the foundation of any structure needs to be flawless and sturdy in order to continue erecting upwards.  Second, we need to understand that Mexico City was originally a lake.  In fact, Lake Texcoco was a natural lake formation within the Valley of Mexico where the Aztecs built the city of Tenochtitlan.  Eventually, the Spaniards built Mexico City over Tenochtitlan.  So as one might imagine, the water table is relatively high (approximately 1 meter below ground).  While this process may be one of the most time-consuming stages, it is a positive sign that crews are almost 2 months ahead of schedule. 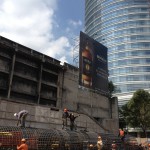 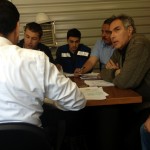 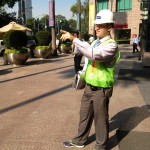 ← Alter the Ending
This Summer: USDAN →