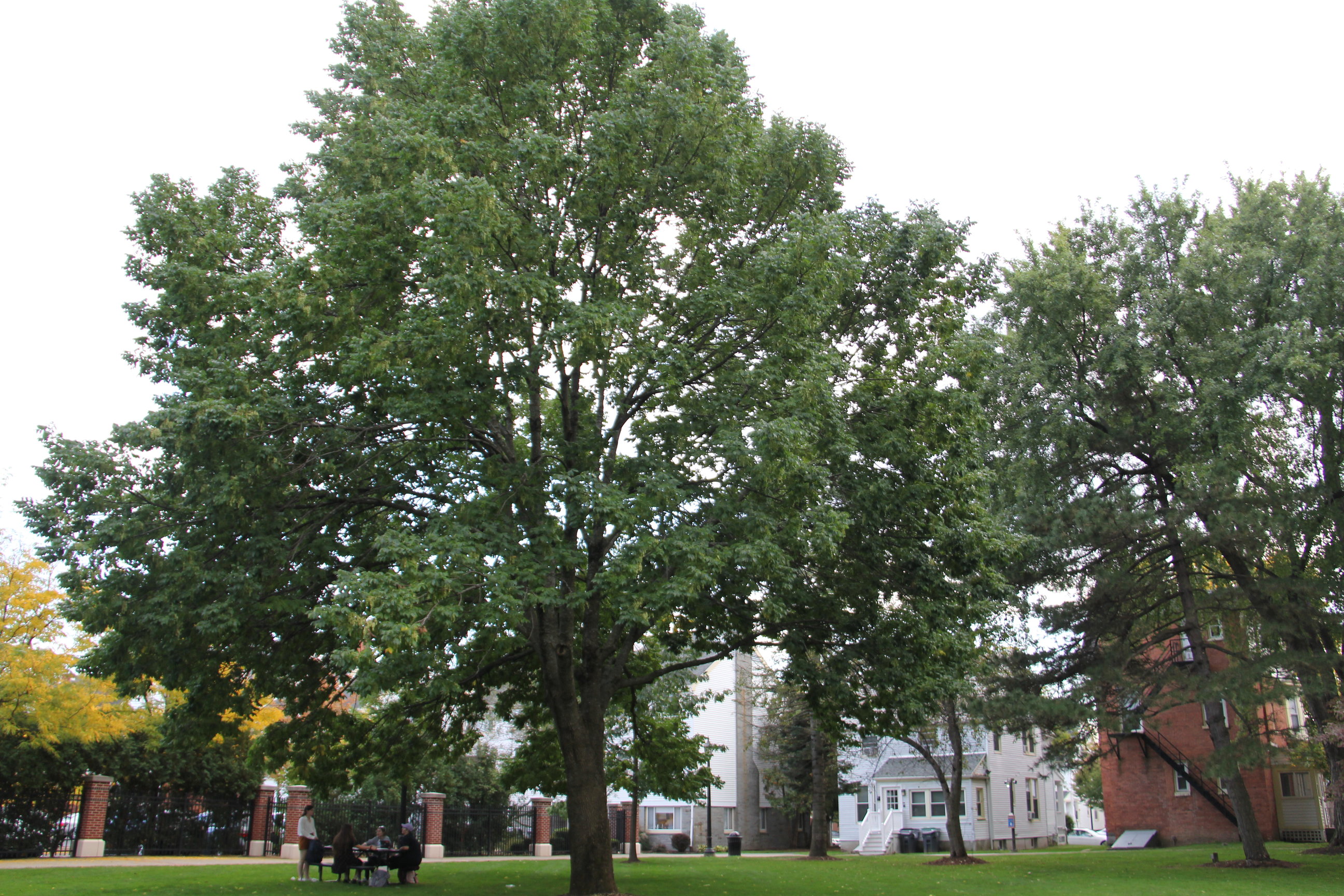 One of the stars of the Saint Rose campus was ailing, and Brian Wimble was concerned.

“It’s an ash, and susceptible to emerald ash borer,” Wimble, the College’s grounds manager, said recently, surveying the huge tree in the center of campus that draws students into its shade every spring and summer and finds itself draped in toilet paper every Halloween.

“It’s already showing signs of disease, and being treated with pesticide. But it’s doing well, and we feel we’re ahead of it,” he added.

The trees of Saint Rose – as many as 150 spread across the 50-acre campus in the heart of Albany – might be known as the College’s quiet, permanent residents.

Dating back at least 100 years, and representing a long list of evergreen, deciduous, and fruit-bearing varieties, they tell the story of families who planted them in their yards well before a college campus took shape. They recall the student clubs that wished to make a lasting statement by planting one, and memorialize beloved alumni who have made great contributions. 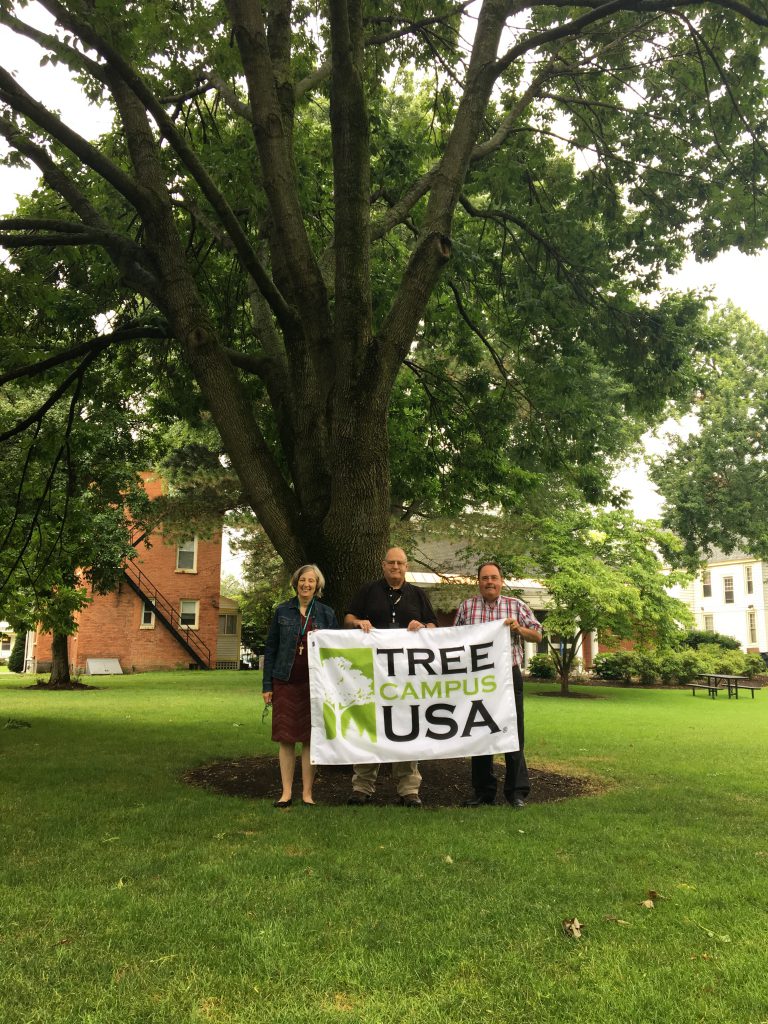 Now, they have won the College an award – recognition as a Tree Campus USA. Bestowed by the National Arbor Day Foundation, the recent honor recognizes institutions that have a tree-care plan and a committee to see the plan is enacted. The award also reflects service projects centered on trees, and at Saint Rose, there are many. The Urban Launch Program for first-year students, the Environmental Club, and various science classes plant the saplings, care for them, and often monitor their progress to learn more about the environment.

But long after those students move on, the trees teach successive classes about native and invasive species, climate change, and soil life. They draw students and their professors to gather outside their dorms and classrooms. And they captivate first-time visitors.

“As a student, I was always surprised by how green the campus is. It’s almost a private park,” noted John Ellis G’90, the College’s associate vice president for IT & facilities.

“You may not always hear from the students,” he added, “but when parents come for open houses or accepted student days, they are always really impressed by what they find in the middle of a city. It’s our own oasis.”

As natural a haven as the College’s de facto arbor may appear, it is an arbor that requires extensive human attention. So, much like professors monitor the well-being of their students, Ellis, Wimble, and a few other stewards monitor the trees.

“By talking with each other, we become a little more aware of the trees. And then we can start to think about the environment and our role in supporting it,” said Mary Cosgrove, the College’s science education project-based learning coordinator, and another of the Saint Rose tree caretakers.

“We have amazing biodiversity all around us, and we take it seriously.” 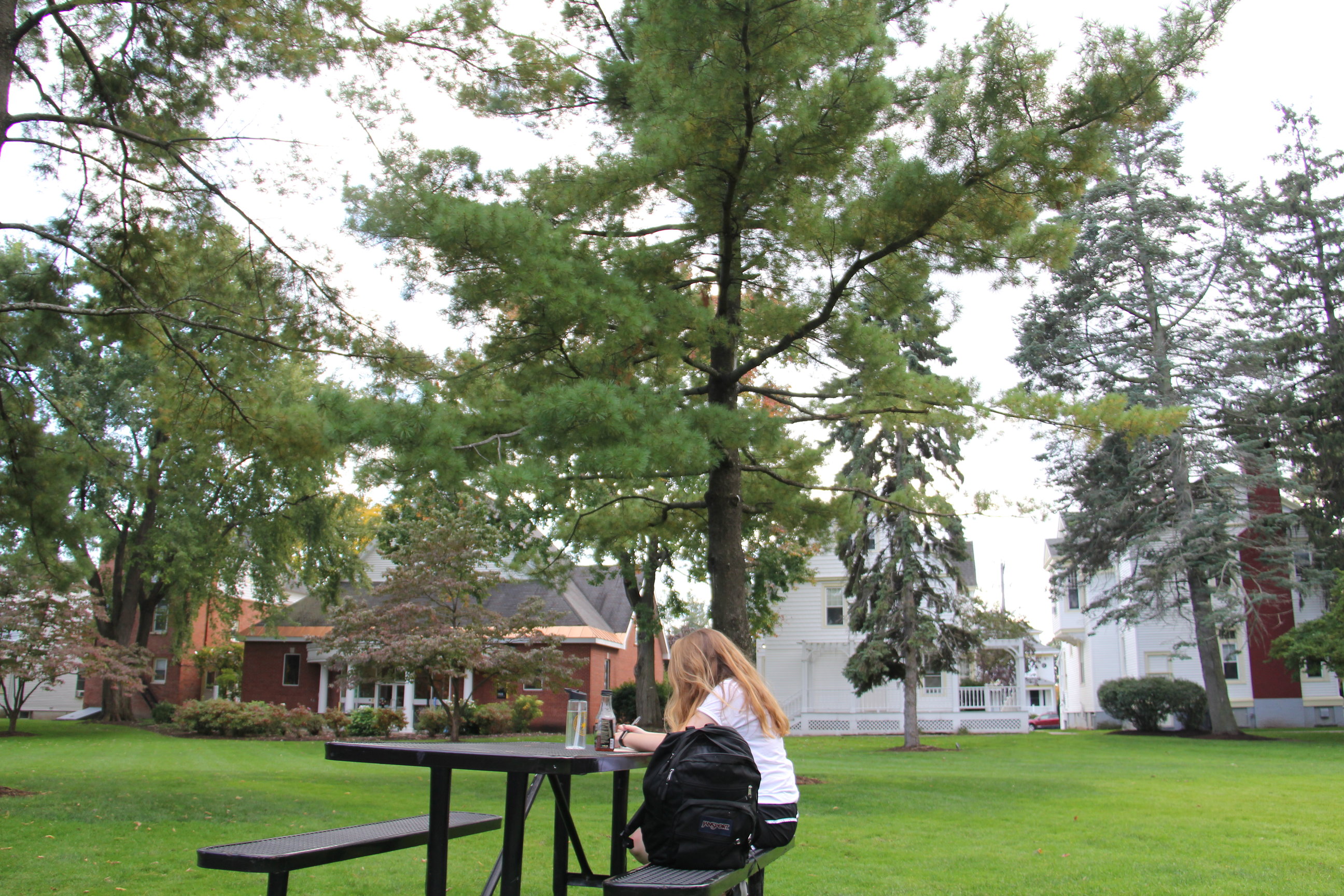 Cosgrove hopes to commission a formal survey of the trees, and perhaps develop geographic mapping technology allowing users to locate the position of each tree and collect data about its scientific name, size and health.

As it stands, she and the others know a lot about campus trees. During an hour-long walk, they discussed dozens of them and jotted notes on next steps.

They surveyed the health of the ash (holding steady), a maple by the Neil Hellman Library (declining), and a pear and elm east of Lima Hall planted yards apart. (“Why did one make it and the other didn’t?” Wimble asked.)

Among other things, the College’s urban forest endures urban challenges, including rock salt thrown from the streets and sidewalks, and the city crews that clip trunks with their mowers. Of course, the College also needs to keep ahead of ash borer disease afflicting thousands of Albany trees. 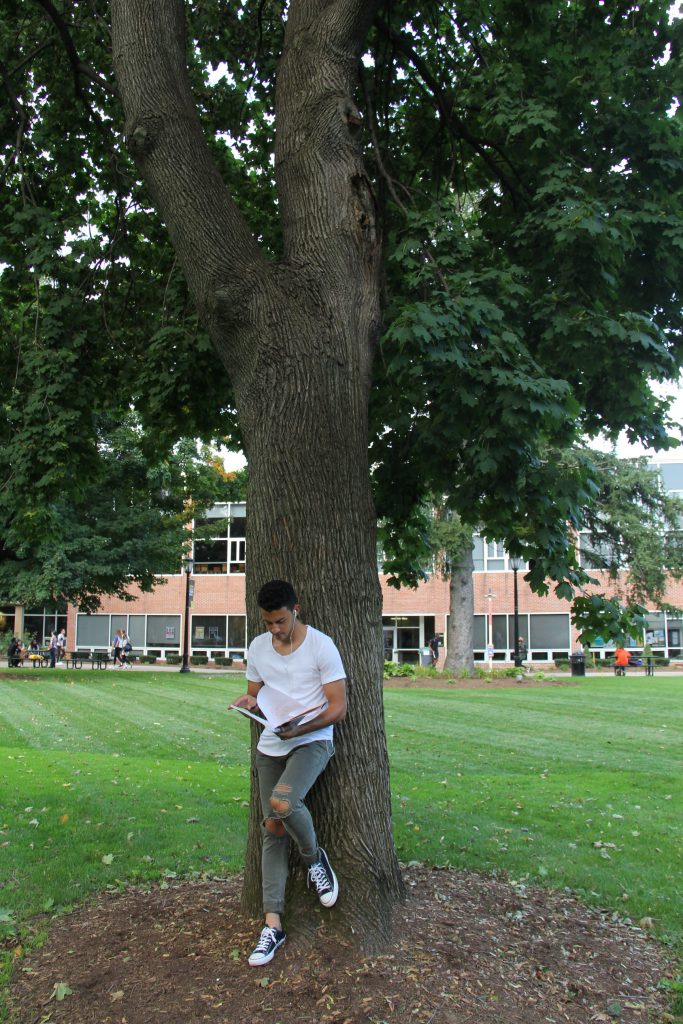 Wimble, Cosgrove, and Ellis also use tree diplomacy to work with neighbors – selecting plantings that will give them privacy.

They cope with seasons that no longer follow predictable patterns – major snow storms in early spring and flooding episodes year round.

And lately, the trees are a victim of their own success. Trees planted a decade or so ago are climbing to the sky and competing with one another for light. Not all will make it.

“If we were living in a rural area and had hundreds of ash trees, for example, the impact might not be as great if one died,” noted Wimble. “In the city, on a small campus, we can count them and treat them as individuals.”