What Optimus Prime Knows About Albany

One of my favorite things to do is to explore; no plans, just a day to go on an adventure. Last year, my friend John and I even hopped on the trolley for First Friday, not knowing where we would end up. (No worries- we made it safely to an exhibit at Sage College.) I know this isn’t something for everyone, but once in a while, you and friend should take a spontaneous Albany adventure. This city will surprise you.

This winter, we have been lucky with the lack of snow(Knock on wood-watch there be a blizzard this week).  My friends and I can brave walking around with gloves and scarves but  snow has not stopped us before. 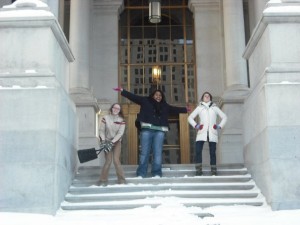 Cara, Me and Lauren on the Capitol steps. 2009/Maggie McCarthy

The picture  above is from one of the many trips my friends and I have  downtown. We took a this picture at the Capitol Building on our way to the New York State Museum.I have found myself going there so many times over the past few years. It is one of my favorite places, not only because its exhibits change, but because it has a carousel and is FREE. I like free! Also, the museum is big and it’s location is perfect for exploring. 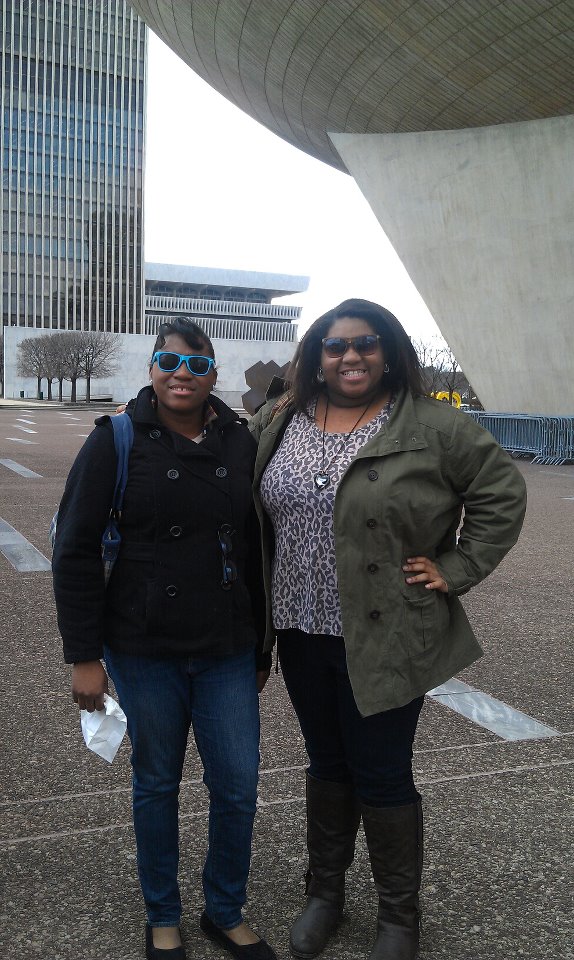 My family came to visit me last week and we had so much fun going through it. My mom even joined us on the carousel. She made the mistake of going on something that spun around ridiculously fast. It was probably the funniest thing I have ever seen. (Especially because my sister recorded it).

The NYS Museum is located on Empire State Plaza. Empire Plaza has the coolest architecture around it and is so visually stunning. Below the plaza is the concourse or as a like to call it “Underground City”. There are  several offices, banks, restaurants, art pieces, shops and a farmer’s markets. Yes, I said farmer’s market. It’s actually really cool because if you can get a chance to go during the week all the state employees are down there and it’s so busy.  I have been ice skating on the plaza and got paid to help out at the Tree lighting festival. There were even fireworks, check them out below.

Of course, I must add thrift shopping to my list of things to do. I love it. I have found stuff that is just someone else’s junk, but also I have found a lot of things to decorate my room and even add to our kitchen. Many of the thrift stores also contribute to the community.  I recently started shopping at the Treasure Chest. They directly donate  to the Albany Damien Center. Also, they have discount days for college students. There’s also a thrift shop at a church right on the same block as campus. It  may only be open two days a week but the employees are super friendly and they have lots cool clothes and dishes. All of the mugs in my apartment came from there…even one that says, “You go girl.” You can judge, it’s a great soup mug.

I find myself a little taken back when people say, “There’s nothing to do in Albany.” I’m still finding things to do after four years. There is so much to see and find. I know some things cost money but, my freshmen and sophomore year none of us really had jobs and we still found stuff to do that was cheap and entertaining.  You have to be open to trying new things in college. It may be a little intimidating but there’s something out there for everyone. My friends and I even went to the Henry Hudson Planetarium this past weekend. It was AWESOME.

For listings on the many festivals, events, shows, and other things to do check out these sites( or just go walk and explore): 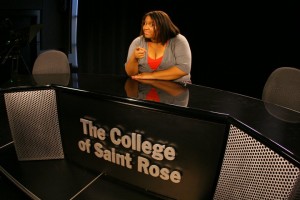 In the Studio/2010 Nicole Carriere

So yes,  my subliminal message to you this week is to get up, get out and explore.

Optimus Prime had it right, we are more than meets the eye.