What to Expect When You’re Expecting Grad School, Part 1

Whether you’re a newly minted college graduate, a working parent, a military veteran, an international student, a career changer, or some combination of the above, you have a lot in common with your fellow graduate students. We asked two Saint Rose graduate students to share their insights:

Amy Carman G’19, who is earning her M.S. in Social Work, has nearly 20 years of experience in construction management, and has an adult daughter.

Catherine Rodriguez G’17, who majored in computer art as an undergrad, recently completed her M.S. in Computer Information Systems (now Information Technology), and now works full-time as a programmer at Saint Rose.

In the first of our three-part series, Carman and Rodriguez provide observations and tips on what to expect from your time at graduate school. 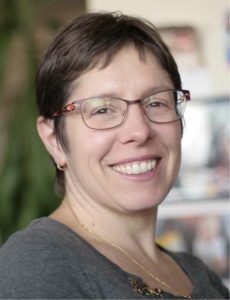 The format may be more flexible than your undergraduate program was, to accommodate students’ many outside obligations. “A lot of classes are offered in the afternoons, evenings, or weekends, instead of during the day,” says Carman (or even online). However, classes may be longer – three to four hours – and more materials might be covered in each session.

In addition, some graduate programs have flexibility as to start and finish dates. Carman, who had considered a program that began in September, found that she could start the Saint Rose M.S. in social work (MSSW) program the January before – and finish an entire year earlier. “That was very attractive to me as a career changer,” she says. “I could get in sooner, and be out sooner, earning at that higher professional level.”

Assessing what’s changed since you graduated

Some things may have changed since your undergrad years. Is the course catalog online? Are the degree programs different than you remember? Will you have to submit your homework to a server via ftp? Carman, as a consultant, was used to file sharing and videoconferencing, but others in her cohort were not. “They find a challenge in figuring out how to attach documents or convert things to PDF, so it depends on your experience,” she adds.

If you’re considering a graduate degree and have been out of school for a while, she says, you might want to take a single class or two before committing to a degree program. “I suggest taking something rigorous, whether or not it’s a prerequisite for the degree you’re interested in – it could be just something that interests you – to make sure you can manage the experience,” she adds. “That includes even just navigating through registering. It’s nice to do that when it doesn’t matter so much.”

Having more skin in the game 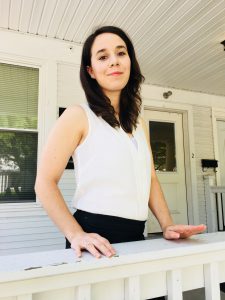 Once you’ve begun your degree program, you may find that you’ve become a different animal than you were as an undergrad. For one thing, it’s not unusual for grad students to feel that they have more at stake. To commit to schoolwork, for example, you might have to sacrifice time that you could be spending at work or with your family.
You’re probably paying for it yourself, too. “That loan that you cosigned with your parents when you were 18, that feels a lot more nebulous,” says Rodriguez. “Once you’re a fully actualized adult with your own responsibilities all laid out, and it’s your responsibility to pay those bills, that definitely makes a difference.”

At the same time, you may feel more confident about taking control of your education. “As a graduate student, I was able to take control of a project, say if we were working on a team project and someone wasn’t pulling their weight or was going in a counterproductive direction,” says Rodriguez. “You realize that it’s OK to be assertive; you have to stick up for yourself and your own work.”

You may be surprised at how much your personal confidence may have grown since you were an undergrad, too. “As an undergrad, I tended to be quiet, keep my head down, just get in and out of class, but when I went to graduate school, I really wanted to make it work,” adds Rodriguez. “So I started to answer a lot of the questions in class, take advantage of the professors’ office hours, become a familiar face to them.

“Once I did that, I found that I’d get emails from them whenever an opportunity came up – if a department wanted some work done, or was looking for help, I’d get called on for these opportunities.”

Read more about grad school in Part 2 and Part 3 of “What to Expect When You’re Expecting Grad School.”