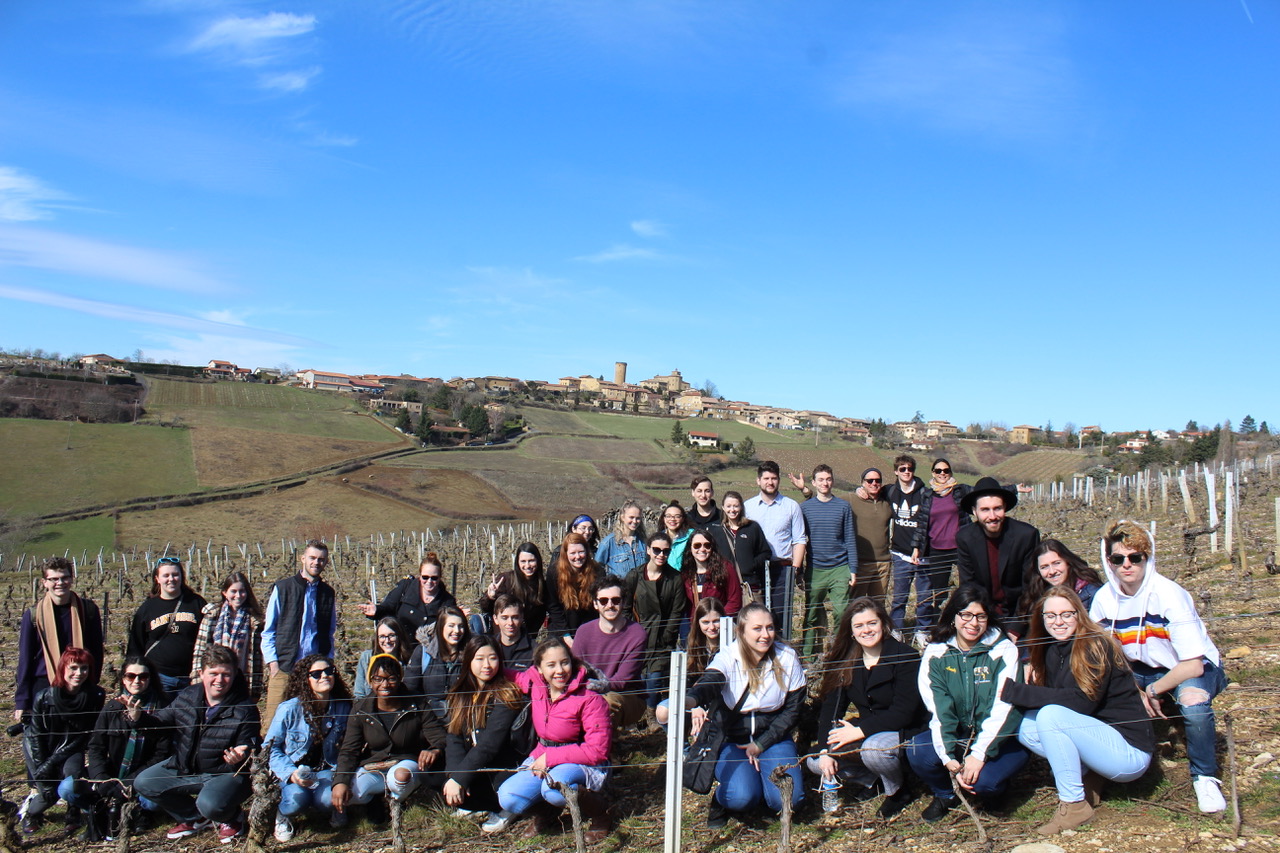 Even when the audience’s spoken language is different, music bridges the gap, said Mallorie Meyer, a member of the Saint Rose Chamber Choir who recently returned from the group’s trip to France.

“Music students should experience time abroad, so that they are able to feel how limitless music is. It was so amazing to perform for audiences that could speak little to no English, and yet were truly moved by the sounds we created,” said Meyer ’20, a Music Education major. “Proving to music students that their craft is a universal language is very important, and there is no better way of proving that than giving them the opportunity to experience it themselves. It gives us reassurance that what we do to better ourselves every day is truly worth something, even if it’s a smile from a stranger across the world.”

She and 47 other students in the Chamber Choir witnessed the ability of music to move across cultures when they performed in a Carmelite church built in the 14th century during their recent mid-winter break trip to France. (You can follow Meyer through the trip in her series of video blogs.)

The group began its travels in the small town of Le Puy-en-Velay, where the singers received a warm reception from the deputy mayor and town council. Sisters Mary Anne Nelson, an associate professor of music, and Sean Peters, director of mission experience for the College, traveled with the group and were able to see the birthplace of the Sisters of St. Joseph of Carondelet, founded in Le Puy in 1650. “It is our congregation that gave birth to The College of Saint Rose,” said Bernard Garnier, a local resident who helped arrange the trip.

“Very few of these students had ever been to Europe, and some had never even been in a plane,” said choir director Dr. Michael Levi, a professor of music who has been taking Saint Rose students to Europe to perform every other year since 2006. “These trips afford students the opportunity to explore different cultures and practices that they otherwise would not have had the chance to do.”

During their stay in Le Puy, the choir performed a long a cappella program for a near-capacity crowd of about 250 to 300 townspeople in the Eglise Ste-Phillippe des Carmes, as well as staging smaller concerts at nursing homes in the area. A local artist, August Boudignon, made quick sketches of the performers, and invited them to his studio. Later in the week, the students traveled to Lyon (about 83 miles away) to perform in the Eglise Saint-Bonaventure.

Being musicians, the students discovered a huge benefit of the repeated performances that happen during a tour. “College music ensembles typically learn new repertoire and perform it once, but on a tour, an ensemble is able to perform its repertoire multiple times,” said Saint Rose Professor Paul Evoskevich, the choir’s guest artist. “This experience helps the ensemble develop its musicianship to very high levels that single performances cannot provide.”

Immediately after performing, Evoskevich added, the students could watch and listen to videos of their performances and discuss how to improve for the next concert.

Aside from the professional benefits of touring, the students received a comprehensive cultural crash course. Experiences ranged from hearing a Mass in French, to retracing the steps of medieval Christian pilgrims, to negotiating the French metro, to spontaneously bursting into song in the ruins of a Roman amphitheater in Lyon.

“The students were so excited about all the new stuff they were seeing. They did some shopping, saw some museums and exhibitions, and visited a vineyard, and a chocolate factory,” said Levi. “A French family invited a couple of students to lunch at their house and then attended the performance.”

The faculty guides noticed some personal growth on the trip, as well. “There were some bonding experiences, and a couple of students came out of their shells and made friends,” added Levi.

“I am really proud of our students, as I think of watching them give up their seats on the metro to elders, singing to retired Sisters, and taking care of each other,” said Mike D’Attilio, executive director of government and community affairs, and co-organizer of the Europe trips. “Far from the confines of a lecture hall, the immersive culture is the living, breathing classroom that affords a whole new learning experience.”