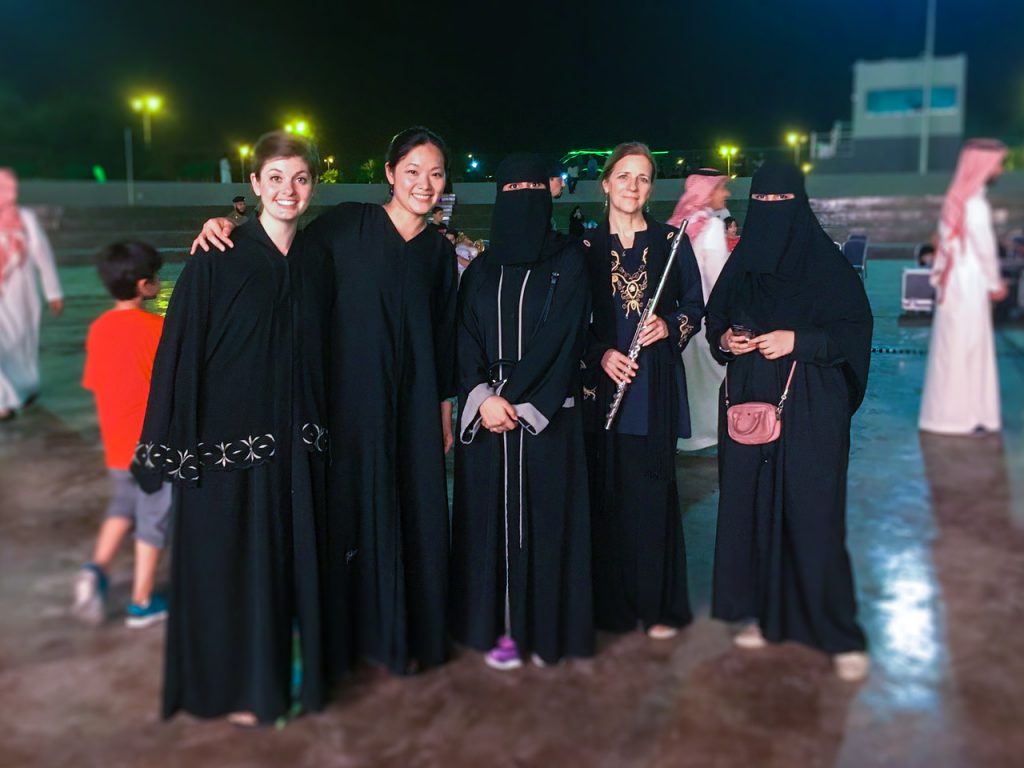 Assistant Professor Suna Gunther, left, saw few signs of political tension during  a recent visit to Saudi Arabia, where she performed American music as a cultural ambassador sponsored by the U.S. Department of State.

Saint Rose professors teach small classes without relying on teaching assistants. They make themselves available to support their students individually. But faculty members across campus also work in their disciplines.

Their students benefit by moving beyond the theory to get a first-hand account of what happens in their field on a given day. Students also get pointers on their own fieldwork – and leverage their professors’ professional contacts to net valuable internships and job leads.

A look at one professor’s work:

Current project: visits countries around the world two to four times a year to sing a cross-section of American music with the five-member ensemble Trio Chicago and Friends, as representatives of the U.S. State Department

Saudi Arabia is a country, Gunther notes, that offers no formal music education, and where the cinema only recently became legal. During her visit, news broke of the murder of American journalist and Saudi dissident Jamal Khashoggi, apparently at the hand of the Saudi crown prince.

Nonetheless, at an elementary school in the city of Dhahran, girls in Halloween costumes and teachers largely covered by their abayas and niqabs saw Gunther’s group perform selections from “Porgy and Bess,” the overture to “Candide,” some blues classics, and songs by Duke Ellington.

“You’d think it was a Justin Bieber concert. After the first piece, they erupted in screaming,” explains Gunther, a soprano. “It was the first live music performed at the school.”

Over the past eight years, she has traveled with the ensemble to 15 largely non-Western countries, some multiple times. The visits are part of a suite of cultural programs the State Department uses to create lasting ties to other countries. 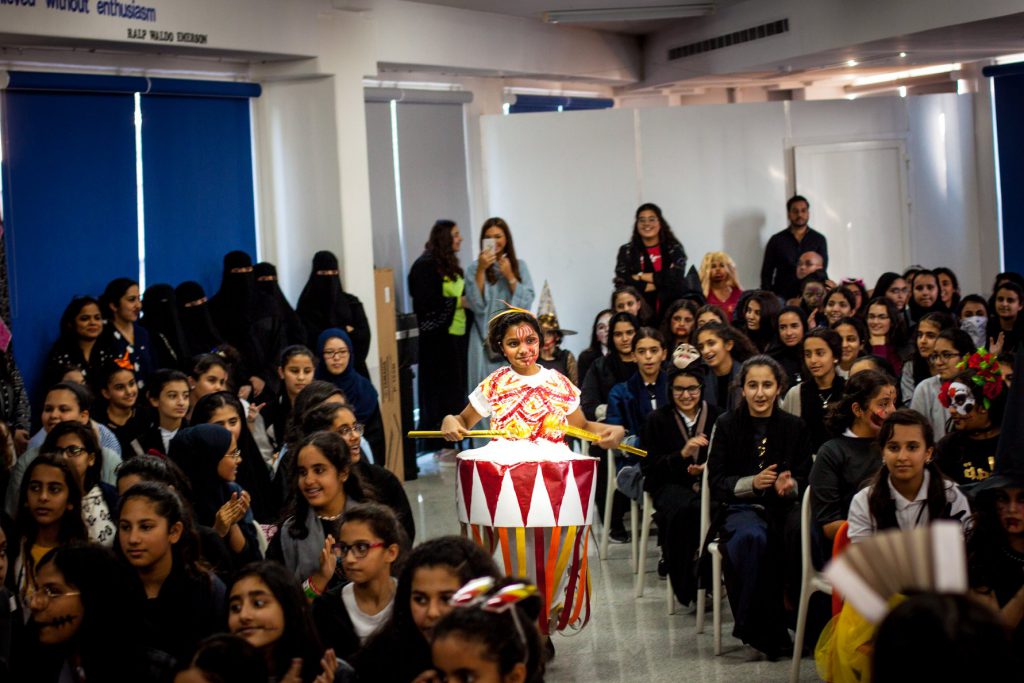 The gig has found her performing the works of Copeland, Ellington, Bernstein, Porter, Gershwin, and Joplin before children, college students, and diplomats in Cambodia, Thailand, Singapore, South Korea, Turkey, Micronesia, Kuwait, Chile, and Saudi Arabia. The ensemble has commemorated Fulbright anniversaries, the 60th anniversary of U.S.-Korea relations, the 40th anniversary of President Nixon’s visit to China, and the 750th anniversary of the founding of the Thai city of Chiang Rai.

Following performances, Trio Chicago and Friends holds discussions and assists music students with their work. The musicians are sure to discuss the influence of other cultures on American music and mention that many of the greats are first-generation immigrants, who owe a lot to their countries of origin. Often, their hosts reciprocate by performing their music and offering pointers on the instruments they play. Sometimes, the two cultures meld their work.

“We’re not there to change the politics,” Gunther says, “but to make a difference in a small way.”

She became a cultural ambassador as an Indiana University graduate student, when she was standing in line for coffee and a classmate let her know that the State Department program needed a soprano.

Gunther has not only become a world traveler as a result, but she now organizes the trips with the embassies and consulates.

Among the many countries where she has performed, she says Saudi Arabia stands out for a few reasons. First, there was the turmoil building between that country and the U.S. But also, she says the experience was notable for precisely the opposite trend – an emerging openness.

The two performances in parks, for example, mark the first time the U.S. government has put its name on a public musical event in Saudi Arabia. Another first: Saudi dancers performing a traditional sword dance – which they invited a Trio Chicago member to join.

There also was a glimpse into the future at that elementary school in Dhahran.

“After (the performance), during the Q&A, a small girl asked whether they could learn music,” Gunther says. “A faculty member said ‘That could be something we could do in an afterschool program. I think we’ll pursue it.”’

Impact on her teaching: This makes me a much better teacher with a world view. I can come back and tell my students about music and cultures from all different parts of the world.