Go To Class, Then Hit a Movie 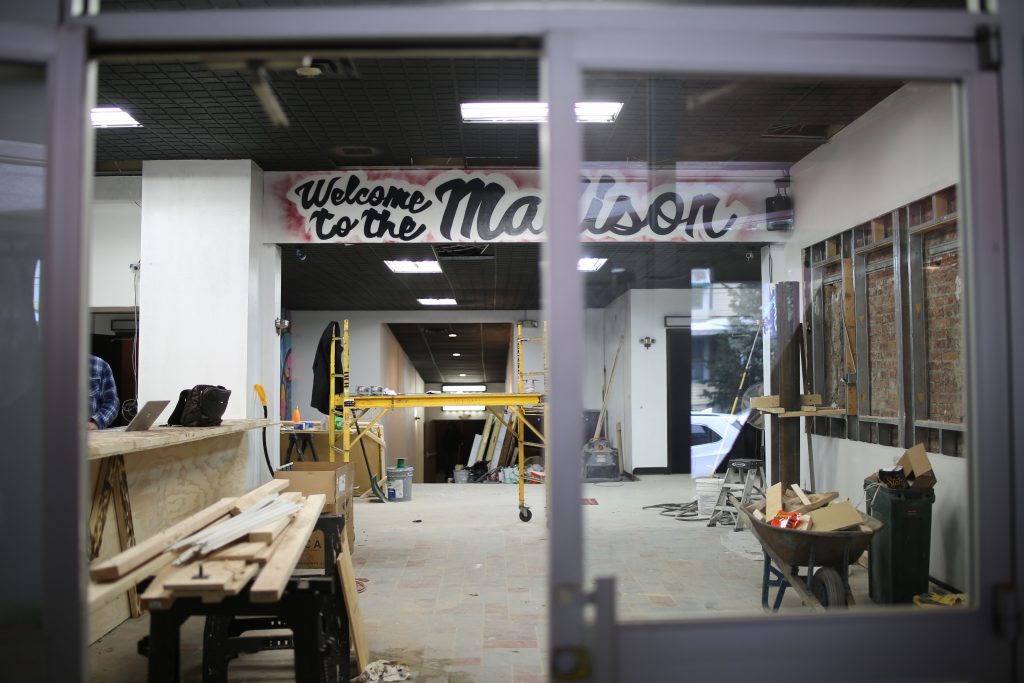 In another month, the Madison Theatre will reopen as a college-friendly movie theater-restaurant-lounge. Photos by Kaila Hall

Starting next month, Saint Rose students and employees can get to a first-run movie in little more than the time it takes to power up Netflix. After three years of being dark, the Madison Theatre’s deco marquee a block from campus will light up once again to announce the movies on its four screens.

Saint Rose is expected to be an important part of the audience.

“We are very intertwined with Albany and the neighborhood and we’re bringing in like-minded people to do the same,” said Kris Keisling, general manager of the new theater. “And being right across the street you (Saint Rose) are definitely important to that effort.”

After numerous delays and a change of hands from Cosmic Cinemas to an entity created specifically for the Albany theater, Madison Theatre will re-open December 19, with a screening “Star Wars: The Rise of Skywalker.” The theater will also serve food at the newly named Box Office, the now-shuttered restaurant to the right. Movie-goers can also continue to enjoy coffee and baked goods at Skyline Coffee Co. to the left. 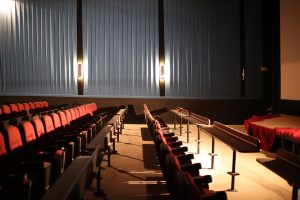 A restaurant? A movie theater? Both.

In between, the 90-year-old movie house will incorporate contemporary furnishings, original murals, and a full bar. Wait service will be available in the theaters. (Featuring burgers, pizza, and other food that requires no noise-inducing silverware.)

Keisling said the lineup of films and prices will keep the college population in mind. Students will pay $9. (compared to the $11 general ticket price.) And the theater will hold weekly discount days for the students.

“We want people to choose their own adventure. You can come and watch a movie or not watch a movie. If you want to grab a soda and watch a game, absolutely you can do that,” said Keisling, who took part in opening the similarly-themed Cosmic Cinema in Hudson

He also looks forward to hiring Saint Rose students and hosting lectures and other college events.

Perhaps anticipating the frequently-asked question about the months and months of delays and wondering when the sad-looking, empty space would finally come to life, he noted Madison’s importance to the neighborhood.

“This is a great facility with a lot of history and you get that aura when you walk into the building,” Keisling said. “When you see the lights on outside at night it changes the atmosphere of the block.” 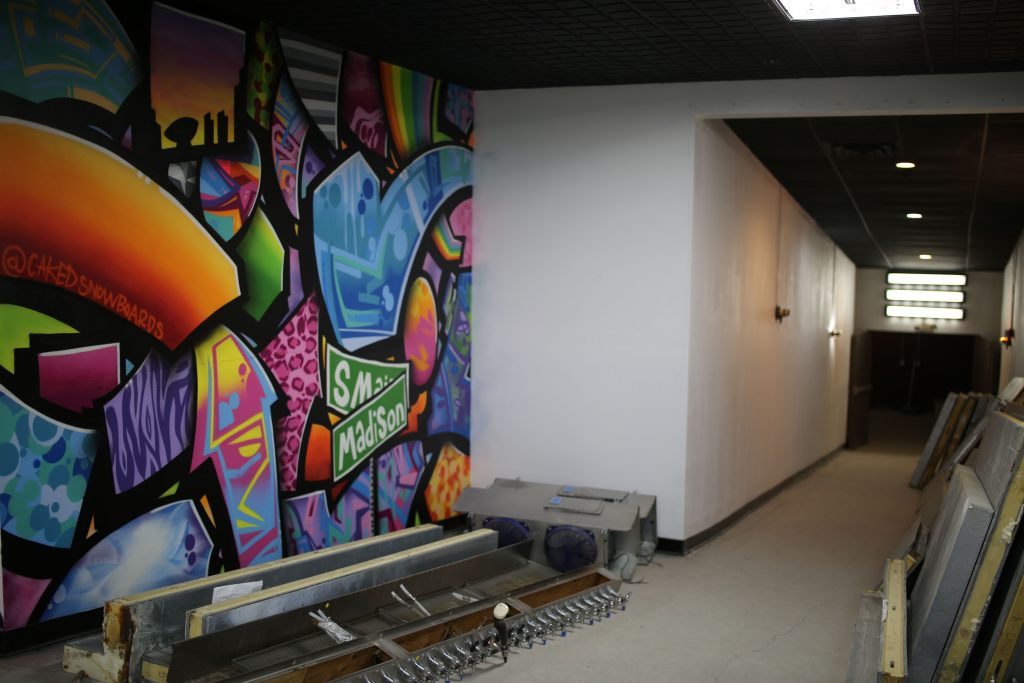 The Madison will combine historic touches with a new vibe.