by Genevieve on December 2, 2012 in The College of Saint Rose · 2 Comments

… Wait, I thought it was the Golden Knights? What is this nonsense about notes? Are you for real, Genevieve?

No, I don’t mean the Golden Knights, Saint Roses’ athletic team name! I mean the fantabulous, wonderful, and all-around awesome a capella group, THE GOLDEN NOTES!!!!!! 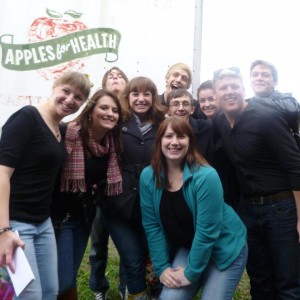 The Golden Notes is the mixed a capella group at The College of Saint Rose! Formed only a few short years ago by some very determined and enthusiastic students, The Golden Notes consists of a wide variety of students from many majors and from many years (as in freshmen, sophomore, junior, and senior)! Right now, the group has 14 members consisting of Music Education Majors, Music Industry Majors, Special Education/Elementary Education Majors, Science Majors, Communications Majors, and even Forensic Psychology Majors! Although we are all very different, we all come together to sing and perform some pretty awesome arrangements, including “Good Lovin‘”, a Broadway Medley, “Survivor“, and even a Lion King Medley! 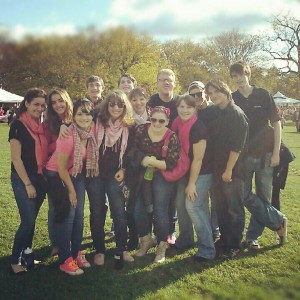 The Golden Notes at the Breast Cancer Walk!! We are proud to support such a great cause!

This semester, The Golden Notes have performed at a lot of community events. Early in October, we were lucky enough to perform at Goold Orchard in their annual Apple Festival! We also ventured to Saratoga earlier this fall to sing at a Music Educators benefit concert. Later in October, we sang at the Breast Cancer Walk “Making Strides Against Breast Cancer”  in support of the American Cancer Society. In the middle of the semester, we put on a Cabaret, where every member of the group performed a song from a Broadway Musical! Not only was it a Cabaret performance, but it was also a fundraiser, where we sold food, drinks, and raffle tickets. It was a great event and a great way to be involved with the community! Recently, we sang at the Saint Rose Music Awards with the other a capella groups on campus – The Girls Next Door and The Other Guys! 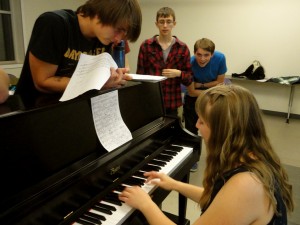 If you would like to come hear The Golden Notes live, come to our winter concert  – Holiday Panda-monium with The Golden Notes! It will feature new songs, old songs, happy songs, sad songs, new soloists, old soloists and everything in between! It will be held in St. Joseph’s Auditorium at 6PM! After our concert, we will be holding auditions for Basses to join the group (and no, not the fish, people who sing the voice part). If you are interested in joining the group, come to The Massry Center at 7PM to audition! Prepare a 30 second contemporary, pop, or broadway solo and be prepared to sing with Kyle (our only surviving Bass) an arrangement of a Golden Notes song.

The Golden Notes is also proud to announce that we are competing at the The Varsity Vocals International Championship of Collegiate A Cappella (ICCA’s)!! The Girls Next Door are competing as well! Please support both groups as we compete to promote our school, The College of Saint Rose! 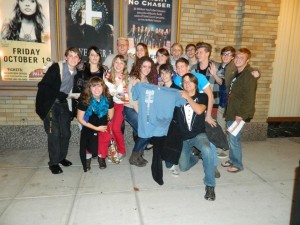 The Golden Notes and some friends from The Other Guys at the Straight No Chaser concert! We just love a capella! 🙂

← Snow is here! Time to wax those skis!
It’s Beginning to Look a lot like Christmas! →