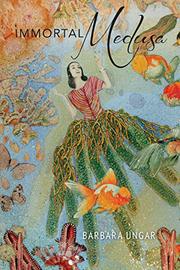 When a Saint Rose student handed in a research paper comparing Emily Dickinson to Lady Gaga, at first her professor was surprised. Then the professor went through the paper scrawling grammatical edits, and then she found herself writing a poem in which she decided the comparison was actually possible and concluded: “Should I Google Lady Gaga? / Or just give the girl an A?”

The professor, Barbara Ungar, writes about the mash-up in her fourth poetry collection, “Immortal Medusa,” (The Word Works, 2015) “I dwell in Possibility,” she proclaims, borrowing, of course, from Dickinson.

Kirkus Reviews was impressed, calling “On a Student Paper Comparing Emily Dickinson to Lady Gaga” “a poem that no one should have tried to write – and which Ungar turns to gold.” Her ability to weave a story from such unlikely stock is one reason Kirkus named “Immortal Medusa” one of the best independent poetry books of 2015.

The review also states that “Immortal Medusa” establishes Ungar as “a contemporary poet of the first rank.” The collection is an elegy to various friends and loved ones, a reflection on Ungar’s life with her young son and their Jewish heritage, and rumination on the world at a time of various crises. With it, Ungar continues her practice of packing her work with all manner of images and references.

“This poetry collection is like a bowl of fruit and cream: it’s so delicious, and it all goes down so easily, that you forget how much nutrition is there. She’s also the rare talent who can take nearly anything and make it into poetry,” stated the reviewer.

A Saint Rose English professor since 1995, Ungar has written poems since she was 6 years old and said she had never been drawn to one particular topic, instead, surprising herself by what strikes her. 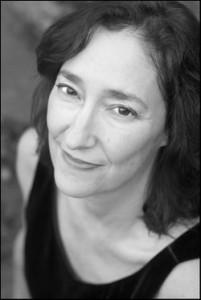 Though enormously gratified by the review – the poetry equivalent perhaps of a five-star movie review – Ungar remains realistic about the likely impact.

“If this was a novel or a memoir, this could result in big book sales,” she mused. “It being poetry, however, it has sold a few more copies online. It’s still selling online and for a small press it’s been a best-seller.”

Ungar said that top American poets sell perhaps 5,000 to 7,000 copies of their books. Poetry, she concedes, can be dense and inaccessible – and is often largely reviewed and analyzed by fellow poets. Her own work reads more like Ann Sexton or Sylvia Plath.

And because the genre flies largely under the radar, she takes care to introduce her students to poets who will make sense to them: Robert Frost and William Carlos Williams, along with Dorothy Parker and Gertrude Stein.

“Gertrude Stein is a hard sell,” she says.

Proudly, she says, she has been able to open some eyes. One student was so taken with reading and writing haiku that it eventually became a gateway to Buddhism, and his eventual decision to become a Buddhist monk. Other students have become poets: “They credit me with a life of poverty and not being read!”

Ungar is hugely grateful to Saint Rose, where she benefits from her exposure to talented colleagues on the writing faculty as well as student writers who can make the case for the similarities between a flamboyant 21st-century pop star and reclusive 19th-century poet.

Also at the College, Ungar says she is fortunate to be able to devote herself to her writing.

“It’s rare that you can teach literature, teach poetry and write the poetry books that count toward tenure and promotion,” she says. “I could have been at a school where I am asked to crank out literary scholarship. What I really want to do is write poems.” 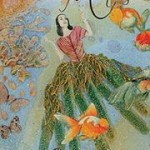 “They might not love to read it,” she said of her students. “But I love to write it.”