Paige Thomson ’16 shares guest blog posts about her study abroad experience in Italy during the spring 2014 semester. More about Paige:  I’m a business major with a double concentration in finance and financial planning and I just finished my sophomore year. I just returned from studying abroad in the wonderful city of Florence, Italy. I’ve always wanted to study abroad, and I decided on Florence, because it was a place I’d never been to before and it seemed like such a unique, beautiful city. I loved every minute of my time abroad, and I hope you enjoy what I’ve written about Florence and my experiences while there.

Throughout the semester, I’ve seen so much. I’ve traveled all around Italy and gone to Croatia, Budapest, Vienna, Munich, and Amsterdam. Every new place that I went to I saw and experienced things that I never expected to.

With my study abroad group, ISA, I went all over Italy. We went to Rome, Siena, San Gimingano, Modena, Assisi, and Cinque Terre. There was so much to see in Rome, from 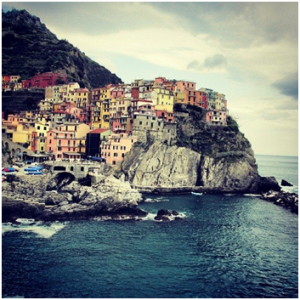 the Colosseum to the Spanish Steps. Being in Rome made me happy that I chose Florence though, because while Rome was wonderful, I couldn’t imagine myself being there for more than a weekend at a time. It was just too much, where Florence is smaller and easier to get around. All of the other places we went were small cities, all of them beautiful and unique. I can’t really choose a favorite out of all of those, because they were so different and special. Cinque Terre was definitely the most beautiful, being right on the coast of the Ligurian Sea, but Assisi had the best views of the Tuscan countryside, while Modena had the greatest balsamic vinegar, and Siena had the best piazza to relax in. They all had such unique atmospheres that were so different from each other. I would definitely recommend going to all of them if you are ever in Italy.

While in Italy, I also went with my roommates to the small town of Lucca as well as Venice 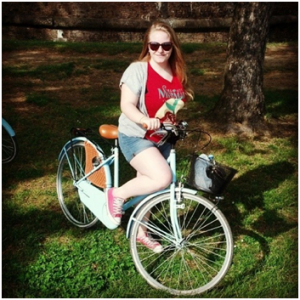 Riding bikes on the wall of Lucca

for Carnevale. Lucca was one of the cutest cities I’ve been to in Italy. It’s a walled city, and one of the most popular things to do there is rent bicycles and ride around the wall, so that’s what we did. It was one of the best experiences I’ve had while here, riding around the wall and just having a fun, relaxing time with my roommates. My roommate and I were only in Venice for one day of Carnevale, but it was great. Venice was both what I was expecting and completely different. There were so many interesting people wandering around Venice, with the most elaborate costumes that obviously had taken them a while to make. Walking around Venice was an experience as well, with there being no vehicles except boats and thousands of bridges that led to a twisting array of alleyways and passages that would take forever to get from one place to another. It was absolutely beautiful, and I wish I could have gotten another chance to go without the huge crowds of people. 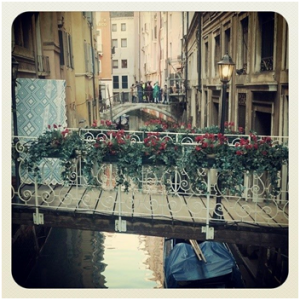 The other trips I made to Croatia, Hungary, Austria, Germany, and the Netherlands were all absolutely fantastic. I am extremely happy about the trips that I chose, all of them giving me another perspective on European life. By far, the trip of Budapest and Vienna was my 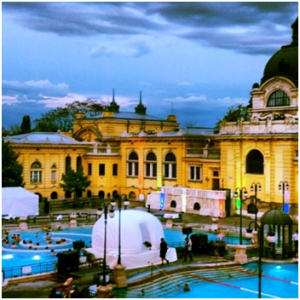 favorite. I went to both cities over Easter weekend, and I loved them both. Budapest was extremely unique, with the best food I have ever had (which I wasn’t expecting), the greatest ruin bars, and the spring fed baths. Then I went to Vienna and that was such a beautiful city, having the most stunning architecture that I’ve seen so far in Europe. I loved Vienna, because I got the chance to explore on my own, doing what I wanted, just wandering around. I loved every minute of it.

No matter where you go or what you do, make the most of it. Try something new, like white water rafting in Croatia, or something small like trying a food you’ve never seen or heard of before. Don’t be afraid of wandering a new city by yourself, I promise you that it’ll be a great experience. If you study abroad, see everything and do everything you possibly can. You’ll remember what you did for the rest of your life. I know I will.

The third and final post from Paige’s experience abroad will be a goodbye to Italy, stay tuned!