Usually, I find myself writing articles for the blog that have to do with the college campus or the Albany community. However, I wanted to dedicate this post to those affected by the horrific Northway Accident that claimed the lives of two Shenendehowa High School Students, Chris Stewart and Deanna Rivers, and seriously injured two others, Matt Hardy from Shenendehowa and Bailey Wind from Shaker High School. I, personally, do not know any of the parties involved, but after hearing the news of the accident and watching the outpouring support from so many, I felt compelled to write something. Initially, the support and grieving began within the Shenendehowa School District, located just north of our Campus in Saratoga County. But the news of the accident spread across the country; being featured both on national television, radio, and social media. The egregious act of one person has now affected the lives of so many. This has become a reinforcing reminder that not everyday is a given. Life is Precious.

In early 2012, a student from my high school on Long Island, was killed in an automobile accident, leaving his friends, family, and the school community in a state of shock; merely crippling the emotions of an entire community. Grieving is not easy and it takes time. People in my hometown are beginning to move forward, the the memory will always remain. It’s a painful experience for everyone in the community, especially for those most closely associated with the victims. 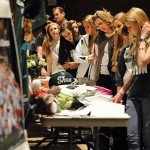 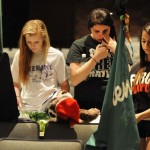 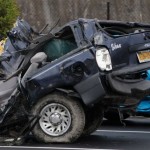 I wanted to leave with a quote from the superintendent of schools for Shenendehowa Central Schools, Dr. L. Oliver Robinson,

“Any time there’s a loss of life of young people, that’s a loss for us as a society, and so we grieve deeply because of death.”

This has been a loss for the community in Clifton Park, but also for the region. As a Saint Rose Alum, Employee, Graduate Student:  I join with the countless others in our community in praying for those affected and lending support in any way that we can!

For More Information on the Story, Check Out: The Times Union

← Ready for your Re-Pins!
Once Upon an Invitational… →

2 comments for “Life is Precious…”