Dr. John F. Dion, Assistant Professor of Marketing, has been with Saint Rose since 2013.

Where did you attend school? 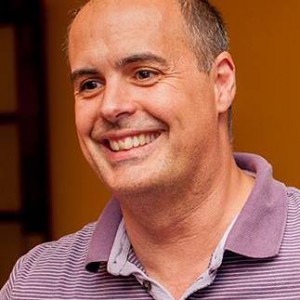 Where else have you been employed?

Did you always want to teach?

Yes, absolutely.  I began preparing to transition from corporate marketing to academia six years before coming to Saint Rose, and teaching at Saint Rose is my dream job.  I wanted to be at a values-based institution, and I wanted to teach undergraduates.

What is the highlight of your academic career thus far?

Working with the students is absolutely the best part of the job.  I really like having the same student in three or four different classes.  It feels like we are just continuing a conversation as we move from one semester to another.

Favorite places to eat in the Capital Region?

I don’t really know a lot of the restaurants as I am new to the area.  I like Ferrari’s in Schenectady and The Pour House right on Madison.  I go to Tierra Coffee Roasters almost every day.

What is the last book you read?

I wish I could say that it was something academic, but it was Echo Burning by Lee Child.  It is part of the Jack Reacher action series about a former army MP who wanders across the country and solves crimes.

If you could have one superpower, what would you choose?

While at LEGO I developed a traveling museum exhibit that used LEGO as a way for children to explore principles of structures, machines, and robotics.

I was on the core product development team that created LEGO MindStorms, the company’s first robotics product.

Danish is my second language.

I have traveled to over 25 different countries.