The Huether School of Business is known for its hands-on learning opportunities and ample internships, immersing students in the field and setting them up for success after graduation. This year, the School added a new opportunity for sales students to apply theory to practice with the class Personal Selling and Negotiation. Sales Professional in Residence Mark Michalisin assigned students a friendly sales-training game that draws inspiration from a childhood classic — the lemonade stand.

Divided into four teams, students were expected to formulate a marketing and sales strategy, purchase supplies, and put their selling and negotiation skills to work at lemonade stands around campus. 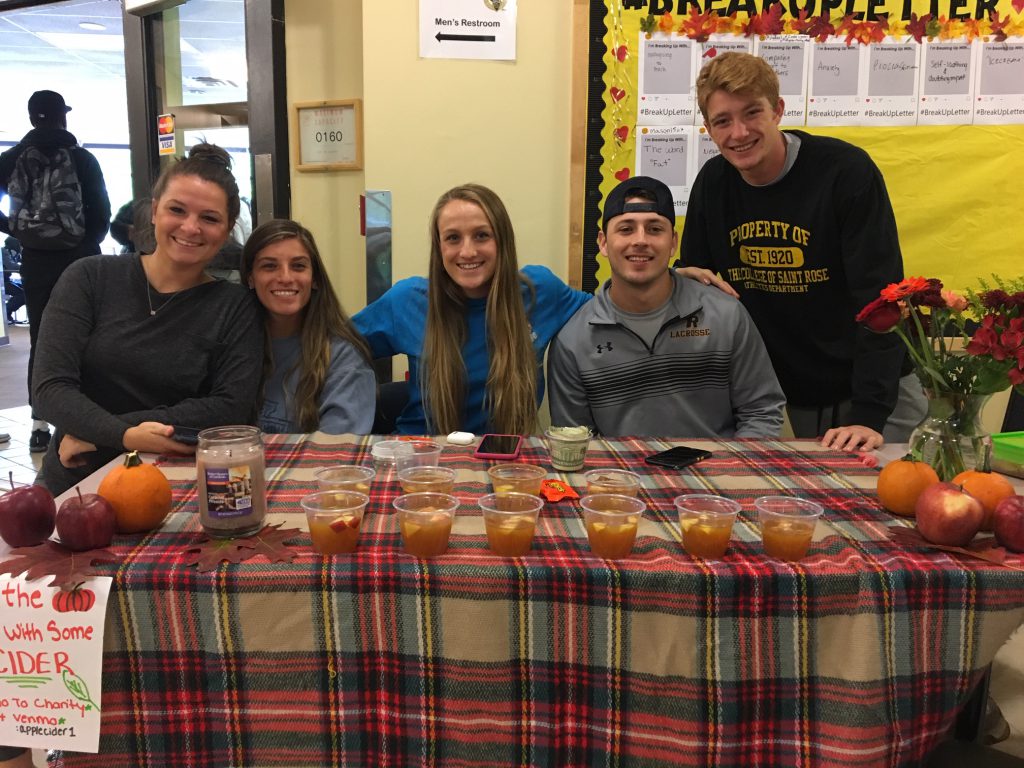 “What I was proud of is they took everything they learned up to this point and they used it in this assignment,” said Michalisin. “Basically, decision making, negotiating, setting a price, picking a location, creating a sales strategy, and building relationships.”

In addition to applying lessons learned in class, the goal was to raise money for Making Strides Albany, an event that raises funds for the American Cancer Society in honor of Breast Cancer Awareness Month.

The teams collectively earned $576, which Michalisin presented to Making Strides Albany on Sunday, October 20. The winning team, which made a profit of $146.51, sold hot chocolate instead of lemonade. In fact, most of the teams diverted from the summer-themed beverage and focused on fall-appropriate drinks.

“Although he initially told us it was lemonade sales, it was just the basis of the idea, and we could take that and run with it,” said Vito Caselnova ‘20, a business management major who was standing outside the business school last Wednesday selling hot apple cider with his teammates.

Although his team did not win, Caselnova certainly learned from this experience. 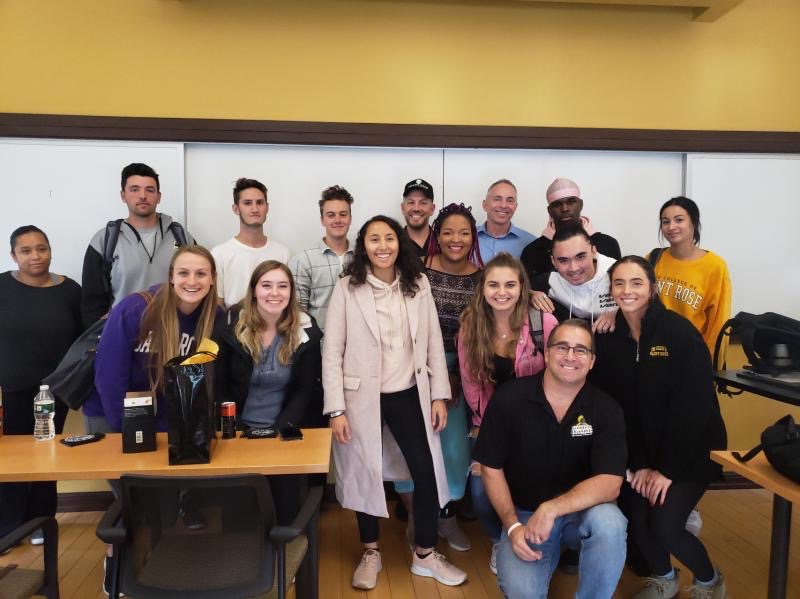 “We’re learning what we could do better right now, which is great — we’re not risking anything,” he said.

To prepare for this competition, Michalisin invited industry experts to guest-speak in his class: founder and CEO of Death Wish Coffee, Mike Brown G’07, as well as the founder of WeRise Consulting, Warren Zeiser.

“They talked about what Mark talks about in class — added value, concepts, opportunities, and leads,” said Stevie Schweitzer ‘19, a marketing major. “So that was cool.”

Schweitzer’s team was stationed outside the College’s Camelot Room selling apple cider decked with sugar-coated rims and diced apples. They hoped the fall aesthetics would give them an edge. 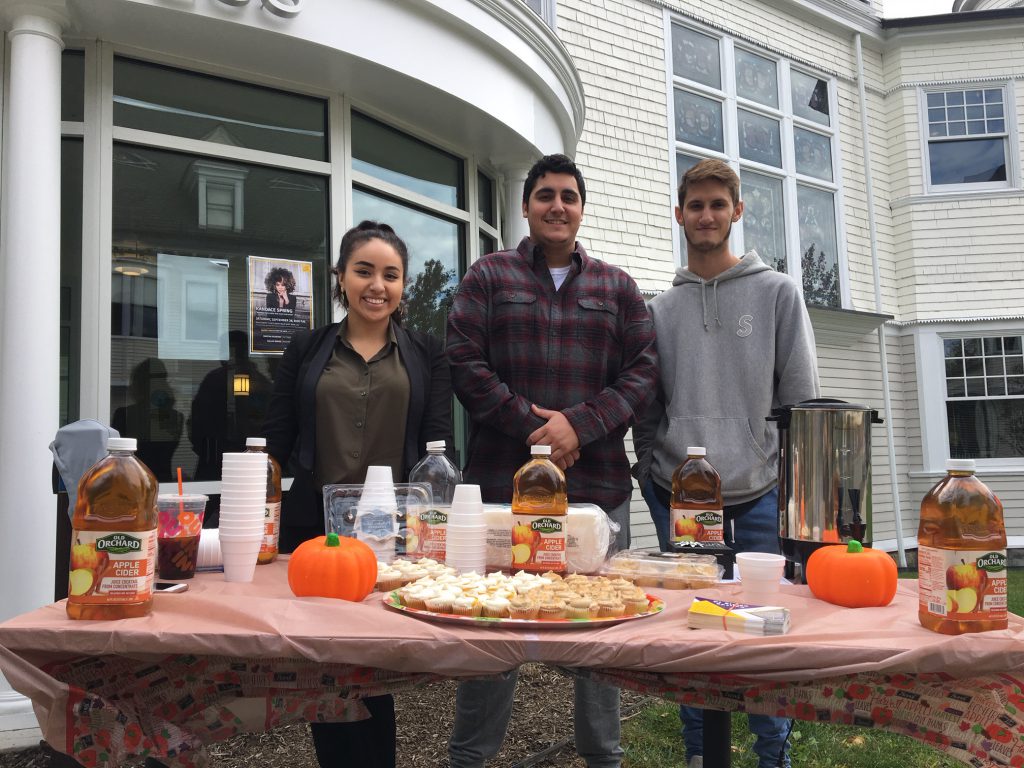 Michalisin got the idea for the sales competition from a student who watched a similar contest on the reality T.V. show “The Apprentice.” Once it was brought up in class, Michalisin was sold.

“It taught them how to work as a team and about the team dynamics that happen in real life,” he said.

The team that won the competition spent the least amount of money on supplies, which is key to success, Michalisin said. Win or lose, all four teams that participated will present their strategy and results in class. Michalisin hopes the debriefing opportunity will help him develop the contest for next year.