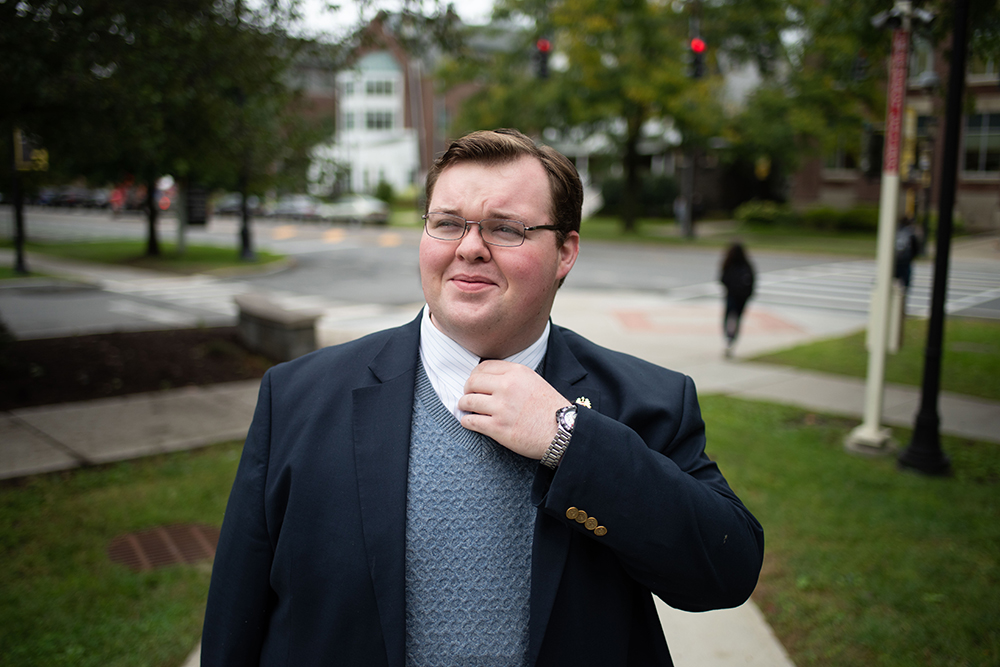 He dresses for success.

At age 22, he runs an antique and restoration business, acts as general manager for his family’s roller rink in Purling, New York called The Purling Roller Rink, works as a clerk in his aunt’s law firm in between semesters, and presides over the student-run Huether School of Business Association, which he established during his sophomore year at Saint Rose. Of course, he manages all of this while attending Saint Rose full time.

Although it may seem like all roads lead to him starting his own business or managing someone else’s after graduation, Sharkey-Schneider has other plans. After he marches down the aisle to “Pomp and Circumstance” and receives his diploma in May, he will return to Salzburg, Austria (where he studied abroad last year) to audition for a classical voice program at Mozarteum University. If he gains entry into the university, he will study there for the next four years.

Sharkey-Schneider has aspirations to become a professional opera singer. So, why did he enroll at Saint Rose as a business major and not a music major?

“I figured I would have a level head and have a formal degree first – before I went and developed skills I might not be able to fall back on,” he said. “The world of music and performance is very trying. I always like to have security; that is something my family drilled into my head.”

Despite the rationale behind his undergraduate degree, Sharkey-Schneider said he made the right decision studying at the Huether School of Business. He cultivated close relationships with faculty, who reaffirmed some of the decisions he made as a young entrepreneur. He learned how to apply theory to practice, and sometimes, how to relate his own practice to theory.

And, there was no institution where he would rather earn a business degree than Saint Rose. A legacy student, Sharkey-Schneider said he is one of maybe 12 (or more) relatives to attend the College. His two younger sisters currently study here. Madeline is a music education major and Sarah is a business administration major. 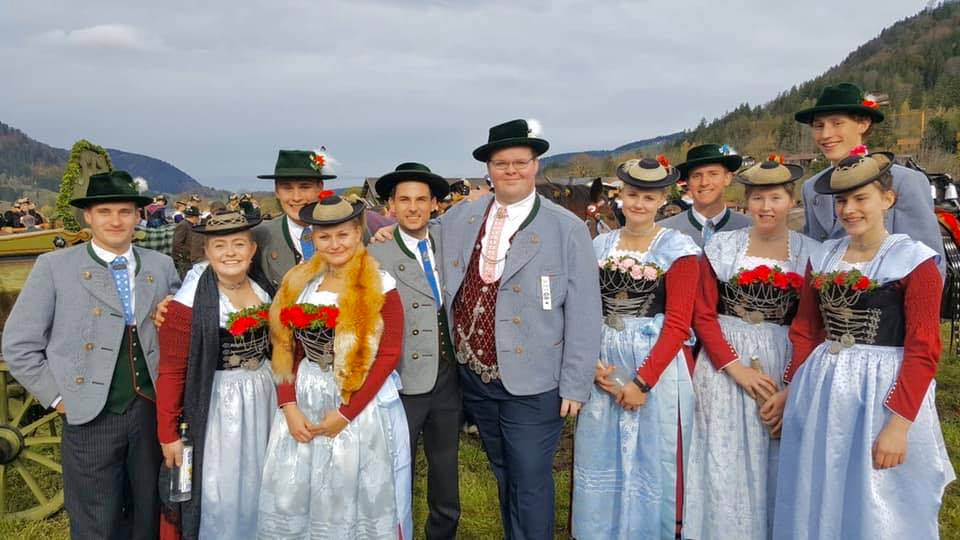 Before receiving her doctorate, his mother Sally Sharkey ’85 received her bachelor’s and master’s degrees in music education at Saint Rose. He inherited his love of music from his mother.

“Music was always prominent and very present in the house,” he said.

In high school, he further developed his passion, participating in marching band, joining the New York State School Music Association (NYSSMA), and performing in All-State competitions. When he was 16 years old, he began training with a Metropolitan Opera Singer through private lessons.

In the world of opera, he is known as a “heldentenor,” or as he describes in layman’s terms, “a low and powerful tenor voice.”

“My voice fits well for Germanic operas, not necessarily the Italian Bel Canto operas, which is more for the very bright and high powered tenor,” he said. “It’s Greek to pretty much everyone but opera singers.”

In June of this year, he will head back to Austria for the audition. Traveling abroad is second nature to Sharkey-Schneider. In addition to his love for opera, he is an Alpine folk musician — yes he can yodel — and has traveled to Germany and Austria many times on his own for fun and with folk groups for dancing and music competitions. Growing up in the Catskills, a historic destination for German immigrants, he was able to have full access to this culture, joining clubs and traveling the world with them.

He understands that his trajectory of life is different than most of his peers — and most people.

“I thank my family for giving me the opportunity and the tools to be successful and pursue what I love,” he said.

The last time he was in Austria, he decided he would audition for the chance to study at Mozarteum University. He has kept up with voice training, and of course, enjoys singing with folk groups as a hobby. But, there was something about being near the Alps, perhaps it was the mesmerizing scenery or being in the birthplace of Wolfgang Amadeus Mozart, that compelled him to schedule an audition.

Of course, he realizes it might not work out. And if that is the case, “there’s always law school,” he said. Two of his aunts are attorneys, and he would be content following in their footsteps.

Not a bad fall back plan.

“I wish I had ten lives to live,” he said. “You have to explore all opportunities.”

← Club Focus: The Girls Next Door Enter International Competition
Already a Winner, Professor Barbara Ungar’s Latest Poetry Book ‘Save Our Ship’ is Out →