David Newell: A remembrance for a member of our College community 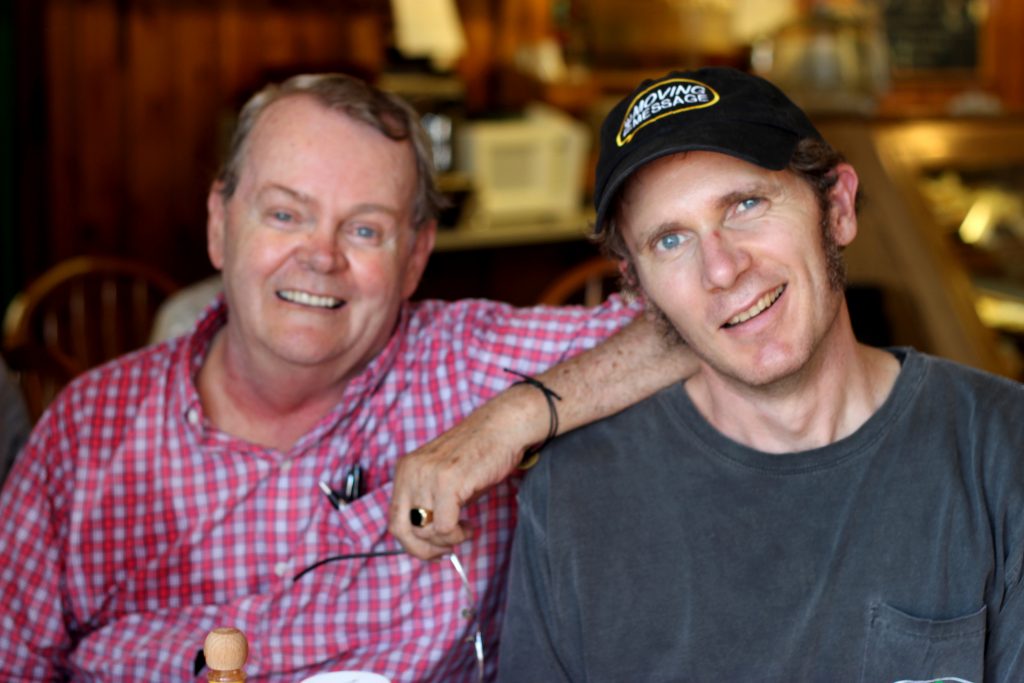 David Newell had a robust career in real estate and civic leadership. Matt Latiolais was a woodworker preparing to start a Christmas tree farm. Newell was Albany born and raised; Latiolais, 26 years younger, a Louisiana native.

Their paths crossed at Saint Rose, where for the better part of a decade they worked side by side, and alongside others, to rebuild the communication function injury or stroke had stolen.

“I met David at one of my first communication groups at Saint Rose and we were discussing life after a stroke/brain injury that resulted in aphasia,” wrote Latiolais, 43, who lost speech and much of his mobility in a fall at a sawmill.

“David was very blunt and said ‘It is really hard, but we have to move on – this is our life now,’” he added. “I appreciated his frankness, and we were friends.”

Newell, who had suffered a stroke at 42, died October 23 at Van Rensselaer Manor Rehabilitation and Nursing Facility, in Troy. In addition to his family, his community and the organizations he supported, he leaves an empty seat at the Pauline K. Winkler Clinic. There, he, Latiolais and perhaps 50 others with brain injuries gathered several times a week in small groups for simple guided conversations that restored essential skills.

Newell, 69, a husband, father, and grandfather was not only a beloved participant in the Saint Rose TBI Waiver and Neuro Services Program. He was among the first to join the initiative, which supports people for the long haul.

The neuro discussion groups are devoted to the idea that the brain continues rebuilding far longer than once thought. As they calmly, often slowly, share updates on their weekends, families or favorite recipes, participants are also preparing to order their own meals at restaurants, and shop for themselves, instead of living in isolation.

With them, are graduate students in the communication sciences and disorders program who provide speech therapy to continue to improve overall communication. Along with his years in real estate and support for the Ronald McDonald House, Newell’s obituary mentioned how those students and program director Julie Hart had guided him.

Hart recalls that when Newell joined he had minimal speech and was hesitant to take part in the groups. Once he did though he became a natural leader and mentor to fellow participants and the graduate students.

“He surprised himself with his improving abilities over the years,” she said. “And in 2017 he decided to do a speech at the annual Moving Message event on campus. He spoke in front of 300 people with help of his student and his IPad. At the end of the speech he is heard saying ‘Wow,’ surprising himself once again.”

Like scores of others who have relied on Saint Rose CSD programs, Newell enjoyed working at an academic rather than medical setting. They practiced what they learned on campus and in nearby stores and restaurants. Despite their varied backgrounds and interests, they have often formed tight bonds around the shared battle for independence.

“We went out to eat a lot together around Albany, and I’ve really missed spending that time together,” said Latiolais, who now guides others. “It was something I was so looking forward to after the pandemic. I miss David so much.”