This past weekend, I drove to Boston with my friend, Victoria. The purpose- to see Ed Sheeran live. The concert was absolutely amazing; with 52 thousand people strong in attendance.

Boston is an amazing city. The smaller narrow city streets are charming. The swank clothing stores and restaurants are mixed within cultural areas such as the Boston Center of the Arts and the Boston Museum of Science.  Safe havens of greenery are spread throughout the city. Eventually, you’ll see the great blue harbor. The environment seems inviting. 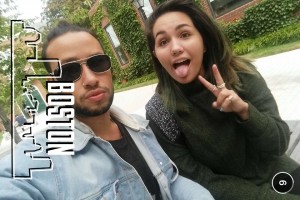 Primark is an Irish clothing retailer, headquartered in Dublin. While studying in London, Primark was the go-to place for cheap and stylish clothing. It just so happened that on Septembr 25th, the first store in America opened in Boston. Located in Downtown Crossing, the store was decorated with American flags hanging on the outside. After walking into the store I had the best nostalgic feeling. It reminded me of the Oxford Street store in London. Except, the London store was forever messy and crowded. This new location was spotless with fewer shoppers. This surprised me as the location is so new. The few shoppers that I did see, all seemed to be on their cell phones, talking about the low-priced items. Everyone seemed excited. I treated myself to an early birthday shopping spree. My receipt wound up reading $80.

My friend, Victoria, and I stayed at her cousin’s house overnight. He lives in Cambridge, MA.

The city is located in the metropolitan area, north of Boston itself. Cambridge is known for being the home to Harvard University, Radcliffe College and Massachusetts Institute of Technology. Victoria’s cousin is a graduate student at Harvard. We explored the campus. Old and quaint brick houses were mixed within the newer grandiose buildings and vast green lawns. A big white walking bridge connects the two sides of campus over the river. We had lunch in a dining hall. There was a vast amount of food; paella stations, salad bars, international cuisine, and my personal favorite, fresh sushi. That’s exactly what I had. It was then followed up with the worlds biggest cup of frozen yogurt, for only $3. It made me question the integrity of the Hot Pockets in my freezer at Centennial. I’m also not ashamed to say Victoria and I surfaced Tinder to find ourselves a Harvard bae. But, never the matter. 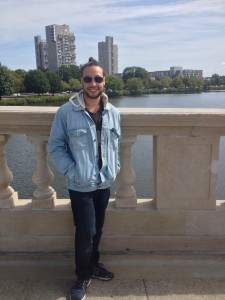 Exploring Boston made me realize something. I’ve traveled to more cities in Europe than America. There’s still so many places that I want to see in our own backyard. Miami, Los Angeles, San Diego, Portland, Las Vegas, Nashville, Chicago, New Orleans and especially Honolulu are places I would love to visit. Traveling in Boston, reminded me of traveling in a foreign city. I had no clue how to get around. We used our phones to find local haunts and eateries.It was a great weekend to venture some place new.