Hello, it’s great to be here in this new capacity. My name is Mike and I’ll be posting from time to time to share some thoughts through the eyes of a veteran here at Saint Rose. First off, I would like to introduce my group that has kept quiet for a while now, but we are ready to make a huge splash at the college. The Veterans of Saint Rose are a wily group that, at first glance, may seem to have a few screws loose, but after getting to know us you will find that we are a very driven bunch. Our humor is a little off, like morbid, but once that’s out of the way you will see that we are amazing friends and study partners. If you ever want to find us, we have just recently moved into Casey Hall (967 Madison Ave). It has been dubbed the new Veteran Center, and is open to the public during the day. With that being said I’ve added a few bio’s of the officers in charge of this federally accredited group. With more on the way, we want you to take a look: 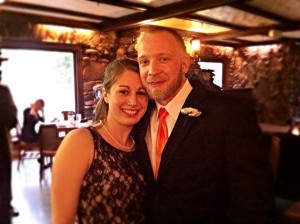 Shawn Sutton is the current president of the Student Veterans of America (SVA) Saint Rose Chapter and a veteran of the United States Marine Corps. An Albany native, he served four years with 1st Battalion 6th Marine Regiment and deployed twice to Helmand province, Afghanistan. His deployments include Marjah Afghanistan in 2009 (Operation Moshtarak) and Sangin Valley Afghanistan in 2011 (Operation Eastern Storm). He is currently in his junior year here at the college of Saint Rose and is pursuing a Bachelor of Science in Biology. After graduating from the College of Saint Rose he intends to continue on to achieve his Masters of Public Health (MPH) / Epidemiology. 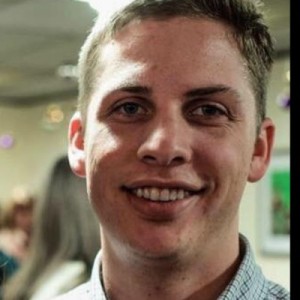 Aaron R. Williams is a 26-year-old navy veteran with six years of service. He enlisted in the Navy shortly after turning 18. Aaron began his naval career at Electronics Technician A-School in Chicago, Illinois and finished further training in San Diego, California. For his first full deployment lasting seven months Aaron was awarded an ESWS pin and two other medals. For Aaron’s second deployment, he and the USS Cole were sent to Israel. In Israel, the USS Cole was responsible for ballistic missile defense of both Israel and Europe. During this deployment Aaron was the supervisor of all exterior communications and its personnel. After being honorably discharged from the Navy, Aaron knew that he wanted to attend college- the question was where. Immediately following his release, Aaron moved to New York to be with his sister. He coincidentally was located a block from Saint Rose and decided he would apply. After enrolling, Aaron declared his major in Computer Science and his minor in Economics. He is thriving in both and shows great promise in regards to his future career. Involvement in on-campus activities is very important to Aaron, hence his decision to take on the position of Vice President of the Student Veteran’s Association. Aaron is hopeful for a great continuation of his time here at Saint Rose, and is excited to see what the future may hold. 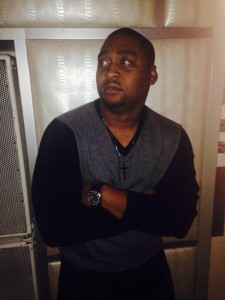 My turn now. I’m Michael Harris, a Marine Corps Veteran and self-proclaimed recording/radio enthusiast. I am a transfer sophomore from Regis University in Lakewood, Colorado. During my stint in the Marine Corps I was a Logistics Coordinator. The jobs included within this title range from supply chain management to purchasing and finance. My first duty station was in Okinawa, Japan and I was sent throughout the Pacific for training and coordinating. After my 2 years of overseas work I was stationed in Jacksonville, North Carolina where I was deployed to Camp Leatherneck in Afghanistan located in the Helmand Province. After my deployment I found The College of Saint Rose through the luck of the draw. I am currently a Communications major and am looking to move forward with a career in Public Relations. I plan on continuing my education as a Graduate student studying Non-Profit Management.

We can do more introductions later, but I will point out that we have already been hard at work as a student group. We have won a few notable grants through both Home Depot and NYSID (New York State Industries for the Disabled) to make the Veteran Center a more inviting space by having a TV, computers, and small appliances for cooking. We want it to feel comfortable for anyone that would like to visit with us at any time. In addition we do a lot of community service within Albany. Our goals are to bring in more resources to veterans, servicemen and woman on active duty as well as their families or students who might be looking to join the military during and after college. The official ribbon cutting for the Veteran Center is Friday, November 6th at 1:00pm. More information on the event can be found here. So please stop by, don’t be shy!