Save Ferris (and Our Student Government)

Chicago is one of my favorite cities in the world and working as part of student government has always been something that I have taken a real interest in. That may seem like a mismatched sentence but helps to explain my excitement over my past weekend in Chicago.

Speaking for myself I can say that I definitely took a lot away from the conference and realized that our student government at Saint Rose has a lot more influence than other student governments. Throughout the course of the day my group of six split up to attend different sessions about things from the power of delegation to saving students money. My favorite presentation at the conference was about establishing signature programs (think Rose Rock) and how those programs can give back to the student body. Although I like to think that I come up with some pretty cool ideas, just being able to hear what other schools do got me thinking about everything else that we could do. 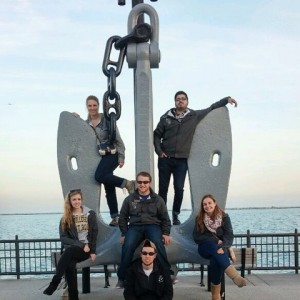 Our board at Navy Pier

Another one of the things that I realized we could work on was getting people invested and interested in student elections. If you were at Saint Rose last year you were here when five out six seats ran unopposed. Being one of those seats it is nice to think that people didn’t want to run because they liked the job that I was doing, but there needs to be a bigger voice from the students. With that in mind during a discussion about elections I began to brainstorm how we can get students more involved in the elections whether by voting or running. This is especially important this year as a couple of seats will be vacated (mine included) making way for many candidates to get involved.

The conference itself was on Saturday which meant that our board was able to explore Chicago for a full day on Friday before we got down to business. Because I had been to Chicago before I had a general knowledge of what my team should visit and we hit the ground running. By 10 a.m. that day  I had already been scolded by security for sitting on a table at Millennium Park and explored an art museum. Two hours later we were exploring the river walk and making our way to the Magnificent Mile. Before heading back to our hotel for time to catch our breath we grabbed some authentic Chicago hot dogs and sat down to plan our night time activity. Once we recharged we decided to go to Navy Pier. While there we caught a gorgeous view of the skyline over the water and acted like total tourists asking nearly everyone and anyone to take our picture. After a few dozen photo-ops we decided to go on some rides that are on the pier and channel our inner five-year olds. We rode swings while taking in the scenery that surrounded that giant famous Ferris Wheel. After eating some delicious deep dish pizzas our group headed back to the hotel and called it a night.

This trip was truly something that I will always remember and be thankful for. I was able to make some great memories with the 2014-2015 Student Association Executive Board and think of ways to improve how we help the students. I came back with a notebook full of ideas and can not wait to get the ball rolling on somethings that I know will get people excited. 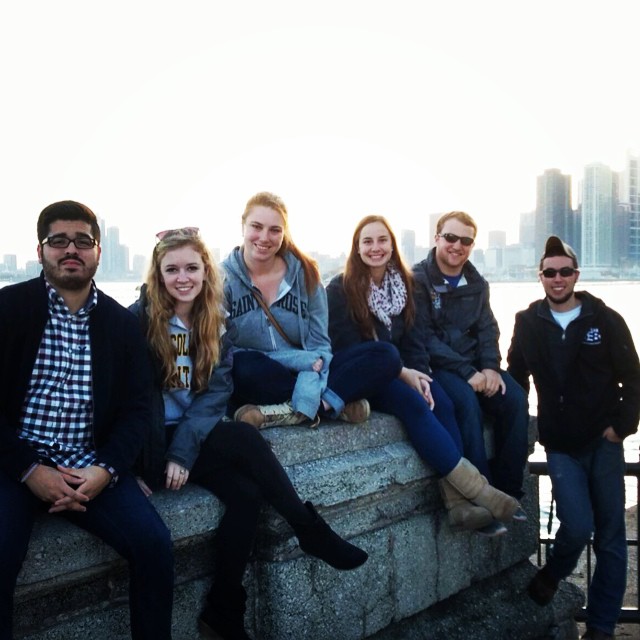 ← How to WIN at Door Decorating Contests
Halloween Weekend: A Spooky Sight →