Sunday and Monday were “free” days to explore the city of Lyon on our own.

Sunday: Our group took the tram up to the Aquarium du Grand Lyon. The fish were separated by where they are indigenous to, which was nice because we were able to see which fish were closer to us and which were absolutely not. One of the funniest parts of the aquarium was in the shark tank. One of the sharks bit another sharks tail and would not let go of it! We also really enjoyed going to the petting tank. We got to touch the starfish, a sand fish, and sea cucumbers. What we found interesting was that there was no hand washing station or hand sanitizer anywhere near it. 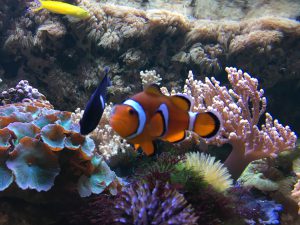 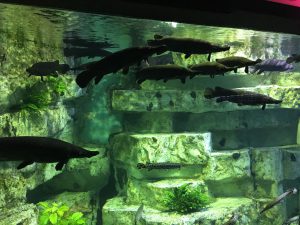 The Musēe des Confluences was so interesting. We went into three of their temporary exhibits: Antarctica, Modern Earthen Houses, and In The House of Wonders. Modern Earthen Houses was a more interactive exhibit. It showed all of the ways houses are built and the materials that can possibly be used. It was very interesting how they showed the difference between the wet and dry materials used to build all of the houses. They had examples of small scale houses constructed of concrete, eggshells or ground rocks. A lot of grains were also talked about in this exhibit for their use in building the houses. The House of Wonders consisted of animals and where they were indigenous to. They showed animals from all over the world. It was very interesting to see how they viewed animals from other places. It was pretty funny reading how a platypus and a armadillo are from far away countries because they are so close to us at home. 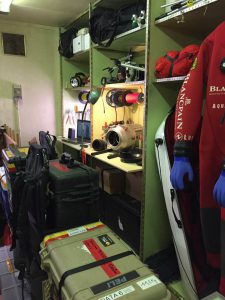 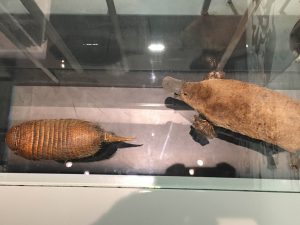 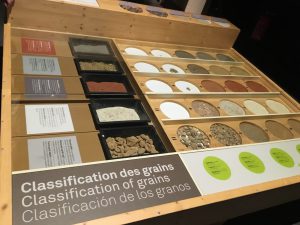 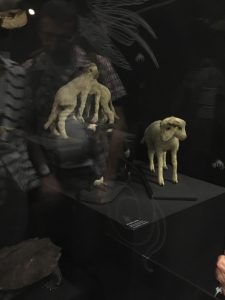 Our group then went to the Confluence Mall and enjoyed a lunch at Hippopotamus on the Saône river. We ate steak, chicken, and fries for lunch and chocolate mousse and panna cotta for dessert. Surprisingly, it was a very English restaurant. 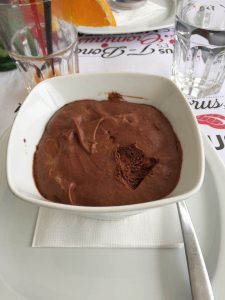 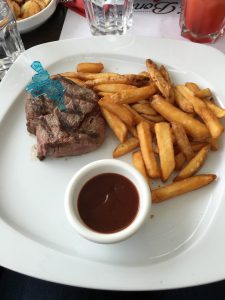 We were surprised by how almost everything was closed on Sunday. The Confluence and the Part-Dieu malls had nothing open except the food places. It is strange considering almost everything is open on the weekends for at least a little while at home. Our malls are open seven days a week and the stores do not close for lunch, so it is very different.

Dinner was at a pub/restaurant around the corner from our hotel. The meals included chicken, penne carbonara, salad lyonnaise, and steak. It was very good food and good quality considering it is a pub. We were not expecting the kind of food they had because of what we are used to at pubs. It wasn’t deep fried or greasy. It was good, real food. In the evening we discovered that others in our group had explored different parts of the city including Old Lyon, the Musée des Beaux-Arts de Lyon, the puppet museum and the Musée Cinéma et Miniature. 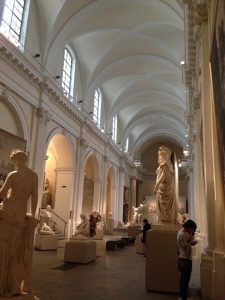 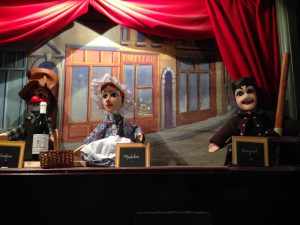 Monday:  Today was another free day. Once again we had breakfast at the hotel, then embarked on our day.
Although it was rainy and chilly, our first stop was at the Gallo Roman ruins – proof that the city of Lyon has been around for a very long time. For around an hour or so, we explored all of the amphitheater, tunnels and former homes of the Roman Empire. The Amphitheatre des Trois Gaules (or Amphitheater of the Three Gauls) is one the oldest ruins in France and was built in about 15 BC by Emperor Augustus. The view from the top of the ruins was incredible, with the city of Lyon in front of us and the French Alps in the distance. From the ruins, we traveled to the Basilique Notre Dame de Fourvière to observe some even more amazing views from the church and to collect some more souvenirs for home. 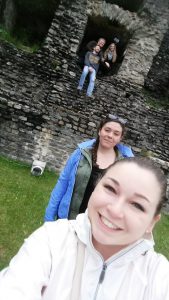 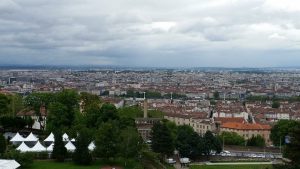 For lunch and the rest of the afternoon, we went to Part-dieu mall/shopping center. We ate at a small cafe that offered traditional and not so traditional Lyonnaise meals. While at the mall, we visited many unique stores and chocolatiers. 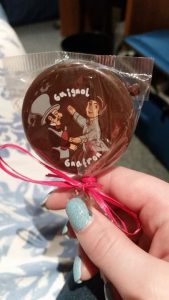 After being spoiled by all of the delicious food, we returned to the hotel for some down time and waited to depart for dinner. For dinner we ate at a marvelous restaurant known as La Basserie located right on La Place Bellecour. The restaurant offered many traditional Lyonnaise meals such as salad lyonnaise and veal, along with non-traditional Lyonnaise meals such as pasta carbonara. Everyone thoroughly enjoyed their main meal and most of us opted for dessert. The desserts ranged from fruit tarts, to ice cream, cream puffs and even french macaroons. Overall, this day was not only filling, it was also very tiring, leading to a good night’s rest. 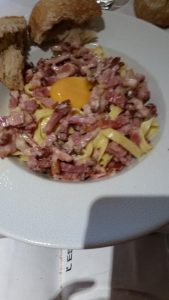 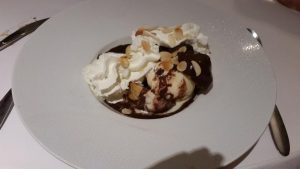