We started the day off eating breakfast and waiting for our drivers and tour guides Olivier and Alain. As soon as they arrived we packed into the large vans and were on our way to Pérouges and Annecy (both located to the east of Lyon).

We made a small detour shortly after leaving Lyon at Pérouges, a small medieval town. This village was founded by the Gauls after they returned from invading Italy. This village has been through a lot of problems and some of the houses were demolished as a result of a lack of maintenance. Some houses were bought by rich Lyonnaise individuals as a result of the demolitions and fixed to maintain the history of the location. The town was classified as a historical landmark prior to World War I; due to this the buildings can no longer be demolished. The first Three Musketeers movie was shot here. The town is lined with cobblestone paths and ancient buildings built hundreds of years ago. Olivier explained the history of the town, how important salt was, everyone’s role in the small society, and the architecture. We ventured along the streets, enjoying the ancient architecture and continued to the main square where we saw a tree planted in 1793, following the French Revolution, that was supported with poles. The buildings were lined with flowers and grape vines, and the lord’s house had a beautiful garden. We then walked into a church and looked with wonder and awe at the sun shining through the stained glass windows and the medieval architecture. The stone structures kept the place cool and even the tiniest whisper echoed through the hallowed halls. It was not long before we departed the village frozen in time and made our way to Annecy. 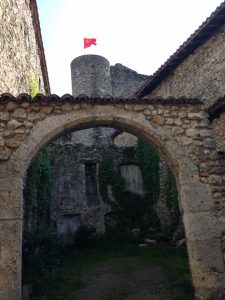 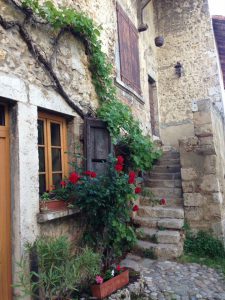 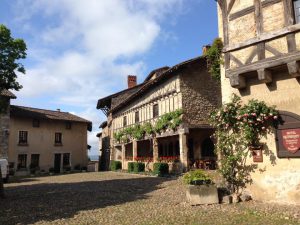 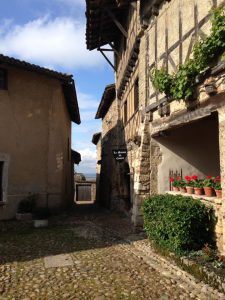 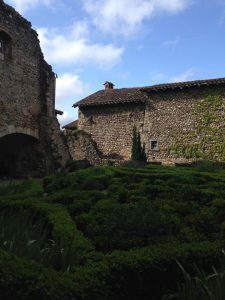 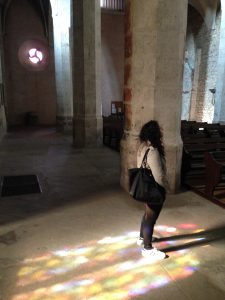 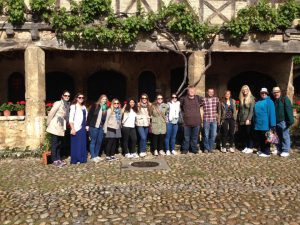 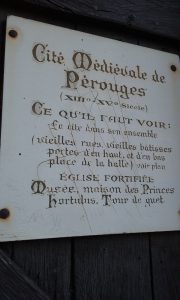 We arrived in Annecy at 11:20am. Olivier said that today we were going to a market, followed by a walk around Annecy and then ending the trip with a cruise along the lake. Walking along the city, we could not help but marvel at the blue waters of the lake, watching as the black ducks swam through the water and even dove underneath the waves. The mountains towered right next to the lake, looming over the city with the tip covered in a cloudy blanket. We walked along the lakeside, enjoying the tree lined park on one side and the gorgeous blue waters of the lake on the other. As we journeyed, the Chateaux d’Annecy crept along the horizon, standing amongst the city buildings. The chateaux has been repurposed as a museum of the alpine waters and was now referred to as the Musée-Chateaux. Aside from being French, there was a pretty big Swiss presence in this city. French, Swiss, and Haute-Savoie flags lined the buildings and boats. Apparently this city is called the Venice of Savoie because of all the canals that run through the city. 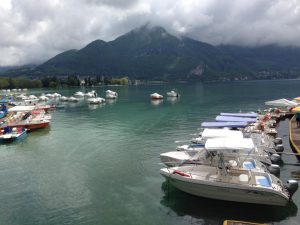 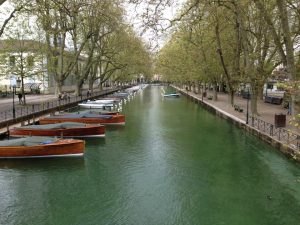 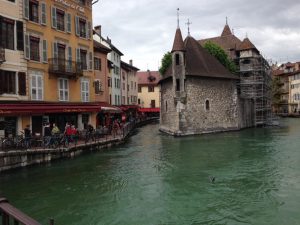 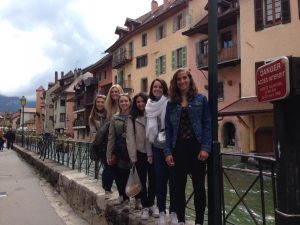 The stroll along the market street Rue De L’Ile was rather pleasant. The streets widened and thinned at times, lined with all sorts of vendors and farmers selling their goods. There were even a few fromagers here, peddling the many different kinds of raw milk cheeses that the environment is able to produce. I counted about five cheese vendors as we walked down Rue de la République and that was just the first block (so many delicious cheeses and their corresponding microbes!). I decided to bug Kristen and asked her about the market and she said, “It’s fantastic. It’s all homemade and really good.” When I asked Gianna all she had to say was, “I want all of those olives,” as she pointed to a Mediterranean stand. As we walked along the streets, hungrily eyeing each vendor and their products, we could not help but notice the vibrant colors that surrounded us. The different hues of red from the dark cherries and rhubarb, to the medium red of the strawberries, to the light red of the tomatoes. The greens were plentiful as well, watermelons, peppers, leafy lettuce, melons, and the list just goes on. One could easily get lost in the fruitful bounty of the market. 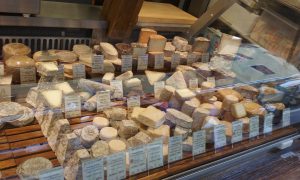 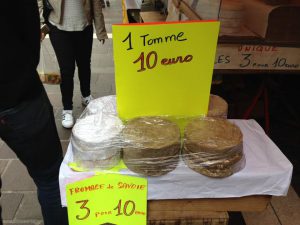 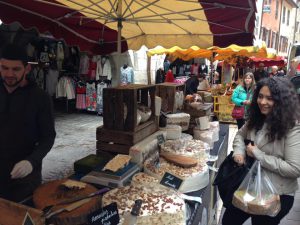 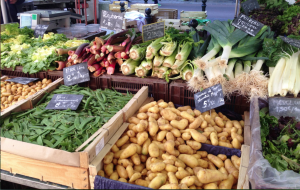 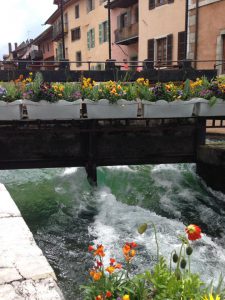 We ventured along the canal until Olivier brought us to Chez Mamie Lise. The place was very homey with hardwood floors and a Swiss mountain cabin like feel complete with firewood, bells, and wooden rakes. Some of the items we ordered were the fondue, tartiflette tradition, raclette montagnarde, and the reblochonnaise. The lunch was very delicious and filling, though the room became a million degrees due to the cheese ovens they provided with the raclette and the reblochonnaise. We stayed there for a while, happily enjoying each others company until we had to leave for the boat tour. 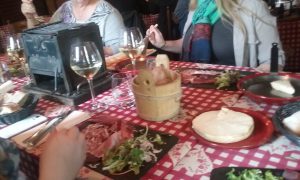 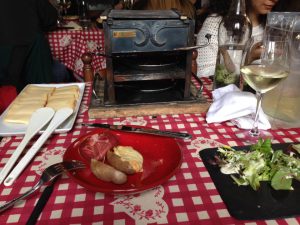 We boarded the boat at around 14:30pm. It was not long after we got onto the boat that we started to move and we begun our alpine lake excursion. The boat eventually hit max speed and we were sailing by the beautiful peaks of the French Alps. Most of the peaks were covered up by clouds, but we managed to catch small glimpses of the white peaks through holes in the clouds. Villages lined the lake on every side, dotting the horizon with small buildings. The occasional castle could be seen along with some paragliders flying overhead. After an hour on the lake, we got back to shore and began exploring Annecy on our own. 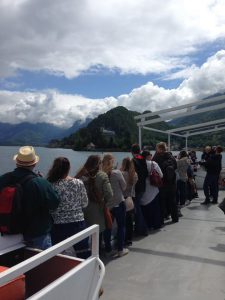 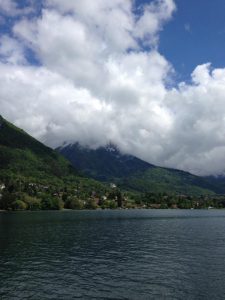 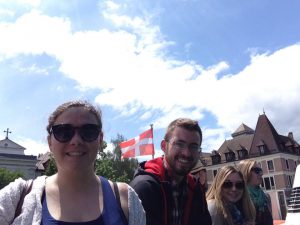 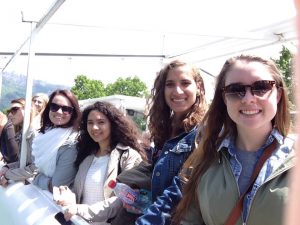 The group that I was in stopped in a local chocolatiers store, a patisserie, and then into a souvenir shop. The other group went to the same souvenir store. After our little adventures alone, we drove back to Lyon tired and satisfied, ready to end our adventurous day.

*This post was co-written by Food Microbiology students Jakub Mierzwa and Mike Hitt.