Graduation: What I Wish I Understood

This time last year I was an apprehensive senior well on her way to graduating. I was scared of leaving behind the life that I had spent the past four years creating, I was worried that when I moved away my friends would forget about me, and I was absolutely terrified that walking across the graduation stage would mean that I was officially an adult. In hindsight, I think that those are all things that people who are about to graduate, or start any new chapter, may experience in someway or another. This is because taking an unknown dive into the future is some kinda frightening. With all that being said I’ve been doing some soul-searching since May and looking back on the skeptical senior I was, there is some advice that I would’ve found helpful.

Leaving: Graduating and leaving Saint Rose was one of the hardest things that I have ever done, or so it seemed at the time. Think about it, you’ve spent the last four years of your life in one place with a fairly small community. You have your routines, you know where to go on a weekend, and if you’re lucky (and live on campus) you’ve made friends with Annie in the dining hall. Then, in what seems like a blink of an eye, it is time to leave all of that. If you are anything like me that amount of change just seems like the weight of an ocean ready to bare down on you, but you know once that initial crash hits everyday after that is better than the day before. I won’t lie and say that I don’t miss my college days, but I honestly don’t miss it as much as I thought I would. When I pictured myself post-graduation, I imagined that I would constantly be lamenting about days gone by, but in actuality I have found that I don’t have time to stare at old pictures and be sad. Instead, I go about my day and every so often laugh to myself when I think of a memory with my friends. 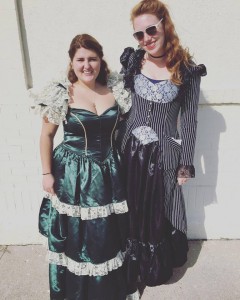 No new friends? More like all of the new friends, like Haley! This was us when we were in a Victorian parade.

Friends: One of my biggest fears that I had about graduation was that my friends would all still hangout without me and I would be forced to watch their lives play out on Snap stories hundreds of miles away. The first few weeks of school were a little rocky because I would see Snaps of my friends together and I couldn’t help but think that I should be there. I would picture myself running down Madison Ave. with them, laughing in the SA office, or causing a scene in the dining hall but as the snaps rolled in I noticed that new people would appear in them each day. It was no longer my group of friends but a new crew that seemed to be forming just at the same time that I was forming my own post-graduation. Just as I didn’t recognize half of the people in my friend’s Snaps, they certainly didn’t know any of the people who I was posting pictures with. I realized that I wasn’t being replaced, nor should I feel like I was replacing them, instead I gradually came to understand that friendships evolve and those that are meant to be in your life will be. I know that sounds cliché and honestly if I said that to myself last year I wouldn’t have believed it, but after almost 10 months away from my old crew, I can say it is true. There are people who I miss everyday, some that I know I will never talk to again, and those that I know I will see eventually. Just knowing who is who is good enough, especially when being busy creating a new group of friends to create memories with. 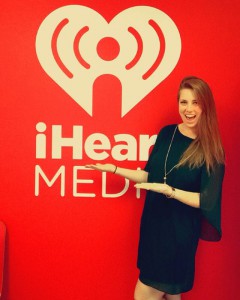 Started from the bottom, now we… are employed post graduation! I travel around to different radio and TV stations to talk about my company, Moody Gardens.

“Adulting:” When it comes to being an adult, I’m pretty sure that I do not have that on lock. I may have graduated but I now realize that being an adult just doesn’t magically happen after walking across a stage in the Times Union Center, rather it happens on a gradual basis. About once a month I will add something “adult-like” to my life and reach a new level of “adultness.” Kind of like in a video game, I find myself earning achievements along the way as opposed to just winning in an instant. Achievements can be something as simple as doing your own household chores or something as grand as landing your first job out of college, but each is a step in the right direction. The most adult thing that I do is go to the gym at 5 a.m. before work, because really, if running a few miles before work doesn’t make you an adult I don’t know what does.

Looking back on my senior year, I have a few regrets, but mainly I just wish that I spent less time obsessing about the future and more time living in the present.

The takeaway of this post is just to try to convey that it will be okay. Looking back on my senior year, I have a few regrets, but mainly I just wish that I spent less time obsessing about the future and more time living in the present. I wish that I knew then that college wouldn’t be the best years of my life, but they certainly would give the others a run for their money. Take it or leave it, that is the advice from a girl that seriously doubted there was a happy ending after college but is relieved to say that there is.

For the last time on the Saint Rose blog,